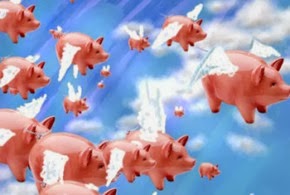 The official behind the explosive pork barrel investigation speaks out

When Gracia M. Pulido Tan took over as head of the Philippine Commission on Audit in 2010, the lawyer and certified public accountant had no idea what she was getting into. More than two years later, her agency has produced a 462-page report on the Philippine Pork Barrel Scandal that could be one of the most explosive documents ever produced by a public agency in Asia.

The report has implicated dozens of lawmakers, officials and private citizens in the outright theft of money intended for projects to help the poor. The scandal is causing the biggest political shakeup since the fall of Ferdinand Marcos in 1986 and it has earned Pulido Tan and two other female officials in key positions the nickname “the three furies,” a title she laughed at in an interview.

The other two, Justice Secretary Leila de Lima and Ombudsman Conchita Carpio Morales, a former Supreme Court justice, were all appointed by President Benigno S. Aquino III and are the forces behind the prosecution of the scandal. Their actions as investigators and prosecutors of some of the country’s most powerful political figures will have a major impact on the way pundits and historians will view Aquino’s presidency.

“We are the three furies, we are helping each other, helping to build the case,” Pulido Tan said. “The decision to file charges and against whom will be made by the justice department. We have a roomful of evidence and we are walking them through it, we don’t want to just dump it on them.”

She came into an office that had already begun looking into allegations of misdoings in the use of the pork barrel funds. “I brought in a support team, a confidential team, 10 core people who were friends or associates whom I have known for years, whose integrity was not in question and in whom I had a high level of confidence. They assisted me in following up the trail.”

The report caused a storm in the country that hasn’t abated. Each of the country’s 24 Senators and 229 Congressmen annually receives P200 million (US$4.6 million) and P70 million, respectively, to fund relatively small infrastructure and other development projects. Much of the funds, when they didn't simply disappear into the lawmakers' pockets, critics say, were used to create a vast system that welded district officials and others to individual lawmakers and perpetuated political patronage across the country.

When the report was released, Pulido Tan was quoted as saying she was “sickened” by the allegations. She has lost none of her anger, she says. “I am not over the hump yet in terms of how it hit me in the gut.”

A 30-year veteran of professional private and government service, she served as Commissioner of the Presidential Commission on Good Government in 2002, attempting to trace assets left behind when Marcos was deposed. From 2003 to 2005, she served as Undersecretary of Finance and supervised the Bureau of Internal Revenue, Bureau of Customs and other agencies, shepherding the enactment of several tax measures into law. She returned to private practice in 2005 although she has been involved in a wide range of government-related voluntary activities since.

“We have a headcount over everyone, we have more than 200 senators and legislators in this investigation whose pork barrel allocations were covered,” she said. “A lot of names kept repeating themselves. We covered 82 NGOs and I would say 80 percent of them were questionable.”

So far, 38 people including lawmakers, their staffs and officials of questionable NGOs that were used to concoct fake development projects have been charged. The lawmakers include Senate Minority Leader Juan Ponce Enrile, a kingmaker and political figure going back to the 1960s. Others are expected to be charged as well, Pulido Tan said.

Public anger has been focused on Janet Lim Napoles, the businesswoman accused of creating the fake NGOs, but the thievery was on such a scale that it exposed an entire cynical system of organized graft. Facebook photos of Napoles’ college-age daughter cavorting with celebrities in Los Angeles and bragging about her designer clothing galvanized much of the anger.

The case isn’t going to be finished during her term, which ends on Feb. 2, 2016, or perhaps in her lifetime, she added. She is hoping for the establishment of a special court similar to the one that convicted former President Joseph Estrada of plunder. That case, she said, took five years to push to its conclusion. The big question is whether anyone will go to jail. She acknowledges that besides the inefficiency of the Philippine court system, impunity has always been a problem. Estrada never went to jail although he was under house arrest – in his comfortable villa – and he was eventually pardoned by former President Gloria Macapagal Arroyo, who is now facing graft charges herself in unrelated cases.

“We, the three furies, are committed to seeing this through, to doing everything we can to expedite it, knowing the trial could take years and years and years,” she said. “From our side, we are taking steps to secure the documents, make backup copies, but we are here for a fixed term. I don’t know who will come after me, but I don’t want to see this go to waste.”

Her office, she said, is “putting in a host of recommendations directed to the legislature to make sure the use of these funds is confined to their individual districts.” A lot of the money, she said, was spent well outside the districts and for purposes that had nothing to do with development.
Interestingly, she said that while the news of the audit was gathering attention, she never had a conversation with Aquino, whose Liberal Party also has many members who have been targeted for investigation. She said her office is independent of the government and she is determined to keep it that way.

“We gave him a copy of the report on the same day we released it,” she said firmly. “I don’t report to the president, by the constitution we are independent. I am sure he knew, he had an idea that an audit was going on.”

The president, she said, has provided what she calls an “enabling atmosphere” that has given her complete confidence that he will allow the law to take its course.

Beyond that, she says, “I am encouraged by the way (the report) has been welcomed by the people, the government, civil society, people have been enormously encouraging.”
In a country hit by decades of scandals large and small, she says, public outrage “is the biggest single factor that has made this investigation succeed. That is why it is important that I see this through. We need to demonstrate that this is no longer the way business is done in this country.” Asia Sentinel
Bottom of Form