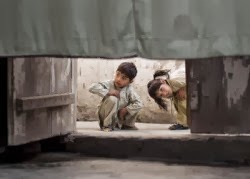 The Society for the Protection of the Rights of the Child recently published a report noting that Pakistan has the world’s second-largest number of children out of school, while in April 2012 UNICEF indicated that some 20 million Pakistani children, including an estimated 7.3 million of primary school age, are not in school

This phenomenon is one of the by-products of terrorism and insurgency in Pakistan today. Yet the full explanation is even more complex, given that both the state and society of Pakistan have descended into utter chaos. A lack of information about the benefits of education has added to the problem, while many poor families lack the resources to send their children to school in any case. The feudal nature of Pakistani society has led to a stark gap in education attainment levels, and the broader problem is typical of a country where democracy has constantly been sidelined and compromised. The country’s social and moral degeneration is mirrored in its education system, and, together, this state of affairs has contributed to Pakistan’s culture of terror, corruption, narcotics and crime — and the general absence of moral and social values.

More seriously, a UNESCO report entitled ‘Education For All Global Monitoring Report’ revealed that Pakistan has reduced the amount it spends on education to less than 2.3 per cent of GNP. The report’s director, Pauline Rose, questioned Pakistan’s priorities by asking: ‘how is it possible that since 1999, when governments around the world committed to getting all children into school, countries like Pakistan have managed to consistently fail to address [this issue]’.

Some of the recent events and developments in Pakistan help to explain the unfortunate situation and how the establishment has continued to turn a blind eye to the country’s education sector. On 21 February 2013, then education minister of the terror-afflicted state of Khyber Pakhtunkhwa, Sardar Hussain Babak, disclosed that militants have destroyed or damaged more than 3,000 schools in the province. According to a 15 March 2013 report, the Centre for Conflict Management in Islamabad noted that a total of 839 schools were destroyed in Khyber Pakhtunkhwa between 2010 and 2012. Meanwhile, a report on the state of Pakistan’s children published in September 2012 by the Society for the Protection of the Rights of the Child claimed that around 600,000 children in the same province have missed one or more years of education due to militancy.

The gruesome assessment of yet another terrorised and insurgency-affected zone — the Federally Administered Tribal Areas (FATA) — reveals that Taliban attacks have damaged more than 460 schools throughout FATA’s seven agencies, including 110 in Mohmand, 103 in Bajaur, 70 in Khyber, 55 in Kurram, 65 in Orakzai, 44 in North Waziristan and 16 in South Waziristan (though no time period was specified). The area’s assistant education officer also commented: ‘their [Tehrik-e-Taliban Pakistan] campaign has left 12,000 children idle, including more than 3,800 girls’, adding that 62,000 children had been displaced by the campaign. The province of Balochistan also has its own share of misery. On 28 August 2013 the chief minister, Dr Abdul Malik Baloch, revealed that a worsening law and order situation and mass migration in different parts of the province have deprived around 70,000 children of education.

One of the major problems with Pakistan’s education system is the huge gap between the ‘haves’ and the ‘have nots’. Only a handful of the population — mainly urban, military and landed elites — has the privilege of modern education. The rest of the population suffers from acute illiteracy. Those with a better education are gaining all the advantages, while the less fortunate continue to struggle with their lot. One recent example of this divergence is a Pakistani student, Haroon Tariq, who broke a world record by securing 47 As in his IGCSE O Level and A Level exams from the University of Cambridge International Examinations. Meanwhile, a commissioner in the Punjab Province recently ordered the establishment of literacy centres and tent schools for gypsies and residents of katchi abadis (slums) to educate out-of-school children. Not even Pakistan’s most prosperous province has escaped the country’s education crisis.

The government must formulate a coherent education policy to bridge this gap and to tackle the social and economic dynamics that have led to this situation. Pakistani policy makers need to change their myopic thinking patterns, and it is high time to do so; they should look into the matter more pragmatically and come up with innovative and feasible solutions for the education sector.