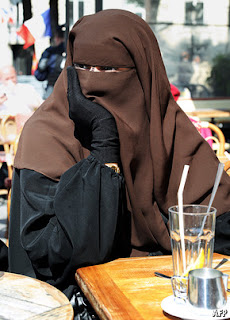 Next week, the capital will host a beauty pageant that "respects" Muslim customs and traditions. For the event, organisers consulted Islamic experts and scholars. Six Muslim nations will be represented. Controversy and threats still surround Miss World 2013 in Bali but for the government, "the show must go on."

This is the Islamic response to the Miss World Pageant, scheduled for this week in Bali and Bogor (West Java) that provoked a furious controversy among the country's extremist fringes. Because of threats and warnings, the swimsuit show was cancelled so as not to hurt people's religious sensibilities.

Miss Muslim World or 'Miss Muslimah World 2013' in the local language will instead be held in South Jakarta on 18 September with the participation of 20 'beauty queens' from six Muslim nations, namely Iran, Indonesia, Malaysia, Brunei, Nigeria and Bangladesh.

One of Indonesian organisers of the event, Eka Shanty, said that beauty would not be the "primary factor" or sole yardstick. The focus will be on the three 'S', she said, namely sholehah (good morals), smart and style, but undoubtedly participants will be "beautiful as well."
Organising committee told participants that they must wear "Islamic style" clothing that reflect "the colours of the Muslim world."

The Committee also confirmed that "in-depth meetings" were held before the competition with experts and Islamic scholars to discuss clothing and other items that relate to Muslim traditions.
Meanwhile, the controversy surrounding the more famous beauty pageant, Miss World, continued with the intervention of the Religious Affairs Minister, Suryadharma Ali, who described the event as "improper" because it violated traditional Indonesian customs and habits.

However, after a series of internal conflicts, and Islamist threats, the government in Jakarta decided to let the pageant go ahead because "the show must go on." Nevertheless, the authorities in Bali have imposed strict security measures, deploying police and army units.

In recent years, Indonesian authorities have given in several times in the face of pressure from Islamic fundamentalist groups like the Ulema Council (MUI) or the Islamic Defenders Front, which have 'monitored' manners and morals in the archipelago. For example in Aceh, the province ruled Islamic radicals, women cannot wear tight pants or short skirts.

In March 2011, the MUI also lashed out at flag raising "because Muhammad never did it". Before that, it issued anathemas against the popular social networking site Facebook, deemed 'amoral', as well as yoga, smoking, and the right to vote, especially for women. by Mathias Hariyadi