Afghan Warlords, not democracy, will rule the land when foreign troops leave 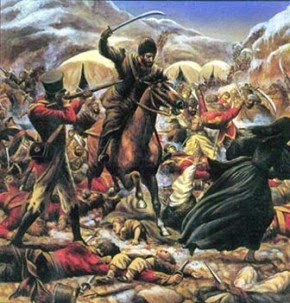 As Australian troops pack up to quit Afghanistan, fears of a new era of warlord violence and tribal domination are taking hold in Oruzgan province, where locals say that Canberra's efforts to import democracy have failed

Despite efforts by the Australian Defence Force to block it, Fairfax Media spent 10 days in Oruzgan in late January, interviewing tribal elders, businessmen and government figures and talking with ordinary Afghans about what had been achieved in the past decade and how they believed the next 10 years might unfold. Over the coming week, in a major series, we will tell their stories - uncensored.
For all of the boosterism in Canberra and Washington, what emerges is a near-total disregard for the West's efforts to foster a parliamentary democracy. Instead, the locals look to multi-millionaire police chief Matiullah Khan and other warlord figures, fearful of the violence by which they rule their turf, but seemingly resigned to an acceptance that the new Afghanistan is very much like the old Afghanistan - a chronically corrupt society in which the first language is violence; and in which the best militia, not the best argument, wins the day.
Despite an obsessive focus by the Australians and their coalition colleagues on the Taliban, there is as much or even more alarm among Afghans over the inordinate power of tribal elders and the resort to violence by a brutal warlord class, which they say has been resurrected by the same Western powers who claimed to be bringing democracy to their ravished homeland.
All eyes are on the Australian-backed Matiullah, a new-age warlord who is positioning a well-armed personal strike force to fend off what key community figures warn will be inevitable challenges to his one-man government.
''What is [Matiullah], if there are no Americans, no Australians,'' asks a business leader as he criticised foreign support for Matiullah, who is accused of undermining and over-charging the government he is supposed to serve.
''The day the foreigners leave, his own men will kill him - they'll be lining up to take Matiullah down.''
Local leaders and analysts say a cardinal sin by the US-led coalition for which Australia signed on under prime minister John Howard, was to back a clean sweep of virtually all key provincial government positions by members of President Hamid Karzai's Popalzai tribe, creating deep-seated resentment in three bigger tribes.
Arguing that all power had been vested in the Popalzai, Nabi Khan, an elder of the bigger Ghilzai tribe, warns: ''As long as we have this imbalance, there will be no security in Oruzgan.''
Reducing the challenge to a simple equation, an analyst with top-level access to coalition operations, says: ''There were four things to do - counter corruption, contain abuse and reconcile the people to living with each other. There's not been much progress on those three.
''But on the fourth, counterinsurgency, we've been great - we've destroyed the insurgency three times over, and every time it's come back because we haven't done the first three things we had to do.''
The Australians and their coalition colleagues cite staggering cases in which the Australians have been taken for a ride - in one instance, spending hundreds of thousands of dollars on a mosque that is barely used; and more generally, in detaining 1000 or more ''innocent'' locals who had been dobbed in as ''suspected insurgents'' by disgruntled tribal and business rivals.