How China and Southeast Asia are reshaping the Mekong region 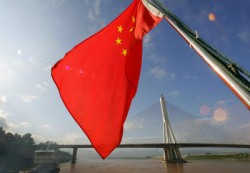 China’s regional assertion reinforces a larger trend of new spatial dynamics as an inherent part of Asia’s increasing globalisation driven by China. The simultaneous global and regional integration and contention drive a dual process of de-bordering and re-bordering where the traditional-barrier role of borders is yielding more to that of bridges. As a result, once small, marginal and remote border cities and towns have become larger and lively centers of trade, tourism and other flows. China’s effort to engage Southeast Asia leaves many striking footprints within and beyond the cities of the Greater Mekong Subregion (GMS).

Inter-country and intra-regional trade provides the starting point for examining the extent of economic integration in the GMS as well as its unbalanced development. China’s trade with each of the GMS countries (Cambodia, Laos, Myanmar, Thailand and Vietnam) has grown since 1990, most rapidly since 2000. Given the size of their economies, Thailand, followed by Vietnam, led the smaller GMS countries in trade with China. However, the total volume of China–Myanmar trade rose by US$5.9 billion from 2001 to 2011, while China–Laos trade increased by US$1.2 billion.

Despite the overall growth of China–Southeast Asia trade, China exerts a disproportionately strong influence on the GMS through a Yunnan-based regional policy that projects development consequences over the borders. The Myanmar border towns of Muse and Namhkam have done well by importing Chinese goods such as garments and consumer electronics, which occupy as much as 80–90 per cent of the local markets in northern Myanmar.

In Yunnan’s border city of Ruili, the China–Myanmar nexus goes both ways, with Myanmar’s local presence becoming stronger. According to official statistics, an estimated 30,000 Myanmarese either come through the border daily or take up long-term presence in Ruili, but this figure only includes those who legally cross the porous and at times seemingly nonexistent border.

To facilitate and scale up trade along and beyond China’s combined long border with Myanmar, Laos and Vietnam, China has been extending its tentacles of transport infrastructure to the GMS in multiple directions. China reached an agreement with Myanmar to construct a rail link between Myanmar’s Chinese border and its western coast. The railroad will run from the border town of Muse and span 800 kilometres across the country to the port city of Kyaukphyu on the Bay of Bengal. The whole project is projected to take five years and is estimated to cost about US$20 billion. Once completed, the railroad will allow electric trains to travel at speeds of up to 200 kilometres per hour and carry 4,000 tons of goods. Strategically, this railroad will carry China’s imports and exports to and from the port of Kyaukphyu on the Indian Ocean via Ruili and Kunming, easing the need for ships to sail through the narrow Malacca Strait.

As China’s economic reach grows spatially through the GMS, it has also begun to stretch its sphere of political influence. China worked closely with Myanmar and Lao police to capture drug lord Naw Kham, a Myanmarese citizen and the alleged mastermind behind the Mekong massacre in northern Laos, and then extradited him to China where he was executed by lethal injection in March 2013.

The China–Myanmar oil and gas pipeline, which starts at Kyaukpyu port on the west coast of Myanmar and enters China at the city of Ruili, has run into some resistance by local farmers in northern Myanmar living near its route, but it is expected to be complete and fully operational in 2013.


The GMS countries will continue to perform well, with or without China’s investment, due to extensive economic and spatial ties with China. It is up to all six member countries of the GMS and not just China to determine how both regions can compete and yet cooperate to achieve greater sustainable development. If a healthy relationship between China and the GMS can be not just maintained but deepened then the economic and political landscape of the Mekong region will be forever reshaped.
Authors: Xiangming Chen, Trinity College, and Curtis Stone, Beijing
Xiangming Chen is the founding Dean and Director of the Center for Urban and Global Studies and Paul Raether Distinguished Professor of Global Urban Studies and Sociology at Trinity College in Hartford, Connecticut. Curtis Stone is a translator and editorial adviser at Central Compilation & Translation Bureau in Beijing, China. A longer version of this article was first published in The European Financial Review (August 2013).