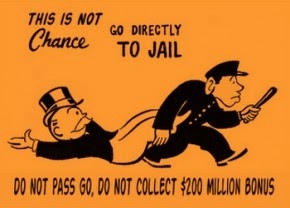 The territory gets tough on regulating domestic and international new listings

Starting Oct. 1, in a worst-case scenario, bankers and listing professionals could be put behind bars for their role in public listings in Hong Kong, up till recently a top capital-raising center and magnet for initial public offerings from Chinese companies. To top it off, the current clampdown on data and corporate investigations in mainland China further complicates the situation.

The controversy stems from measures announced by the Hong Kong Securities and Futures Commission in December 2012 to step up the regulatory regime for listing sponsors, including clarifications of their liabilities - up to civil and criminal liabilities - to be put into effect Oct. 1 this year, and will apply to all public listings filed from that date. These measures supplement the new listing rules previously announced by The Stock Exchange of Hong Kong to promote more extensive and thorough due diligence of listing candidates.

Other notable features include earlier filing of the listing document - not prior to the sale of new shares as is current practice but when the listing company applies to the stock exchange for approval to list. The core underlying message: listing sponsors had better conduct their due diligence properly and detect any risks before formally filing the companies for listing.

Due diligence are investigations into business entities and people prior to a business transaction such as a merger and acquisition, joint venture and public listing. Listing sponsors are regulated firms representing and leading the IPO process and independent of the listing applicants.

Hong Kong has recently lost its crown as the global top listing destination. With more than US$57 billion raised to top the world in 2010, it plummeted to fourth place last year and possibly this year based on its first-half performance.

With Chinese companies increasingly going global, Chinese IPOs have regularly stolen the headlines globally as well as in Hong Kong - some 68 percent of IPOs in Hong Kong last year originated from mainland China.

But Chinese IPOs have also been bad apples, with attention-grabbing "IPOs gone wrong" headlines. One of the biggest was China Life Insurance, which went public in 2003 on the New York Stock Exchange in what was then the largest IPO in the world. Shortly after, China's National Accounting Office accused China Life of embezzlement, illegal conduct on the part of senior management and a variety of other discrepancies. The resultant controversy drew a probe by the US Securities and Exchange Administration, driving the share price through the floor and sparking a flock of shareholder suits in the US.

That effectively ended for several years any listings by Chinese companies in the United States until a scattered few did their due diligence properly. It also turned Hong Kong into the biggest recipient in the world of new listings until Hong Kong itself began to clean up its act on due diligence for IPOs.

Stock market regulators generally agree that many such IPOs caused huge financial losses to investors and could have been avoided had the due diligence been thorough and proper.

Going forward, listing sponsors have to beef up their due diligence on their listing clients but they face more headaches if they are helping Chinese companies to go public in Hong Kong.

There are various types of due diligence, including legal, financial, environment and reputation due diligence. Each of these is conducted by respective professionals engaged by the listing sponsors to examine the listing applicants with a common objective: to find any red flags, if any, as soon as possible.

Reputation due diligence falls under the domain of commercial investigations and business intelligence. Listing sponsors engage corporate investigators to comb data and identify well-placed sources to ascertain facts and claims made by the listing applicants and also verify any issues and concerns raised by the listing sponsors. After all, the listing applicants may not always be forthcoming with all the facts, especially any dark history that may hinder their aspirations to go public. In short, it is the process of finding out if the businesses and people on the other side of the table are exactly who they are and what they claimed to be.

However, these investigative works are currently curtailed in mainland China. Mainland media have reported recently that scores of corporate investigators have been arrested after the Chinese government began clamping down on access to information, such as corporate and household registration documents that provide insights and confirmation about company structure, corporate history, the business interest of directors, etc. These are integral parts of any typical background checks and investigative works.

It is anyone's guess if and when the Chinese government loosens up on its tightening of data access but don't count on the Hong Kong government to advise Beijing to reverse its course. Apart from bankers and listing sponsors fearing the violation of new rules on one hand and coping with the limitations placed on their due diligence process on the other hand, investors must now wonder whether any new Chinese IPOs will be properly scrutinized at all.

Foreign companies, many of whom have strict corporate governance and compliance standards to adhere to back home, would also need to conduct proper due diligence prior to any investment. Hence the tinkering on data access is a shot on one's foot. It is not a conducive and sustainable scenario.