How Indonesia Lost Its Growth Mojo 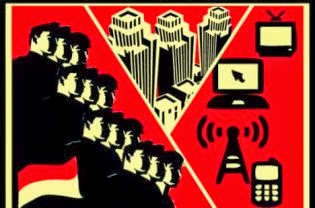 The U.S. Federal Reserve's decision last week to hold off on the much-awaited "taper" has elicited huge sighs of relief in Indonesia. Already the battered currency and equity markets have gained back a little ground as confidence is rising that the immediate crisis is over.

A good deal of credit for Indonesia's calmed nerves goes to Finance Minister Chatib Basri, who has quietly but effectively assembled a set of reforms that address key investor concerns. But many investors, domestic and foreign, say that it is too early to know whether any broader message has sunk in.

Until earlier this year, Indonesia had been one of the region's steadiest economic performers for almost a decade, a welcome relief from the turmoil of the late 1990s. But the key drivers of growth—exports of processed and unprocessed natural resources and rising domestic consumption—have shown signs of wear for well over a year. Commodity prices have flattened or fallen, while government officials have produced protectionist and market-distorting regulations that have raised prices for consumers and helped undermine the very domestic consumption that kept the economy rolling along.

Indonesia has been down this road before—and not in 1997, a year often on investors' lips during the recent financial turmoil. Rather, the economy's position today resembles that of the mid-1980s.

In the 13 years to 1986, Indonesia's economy was marked by a heavy reliance on natural resources, fuelled in part by the two OPEC oil shocks of 1973 and 1979. Flush with petrodollars, Indonesian policy makers intervened at will in every nook and cranny, creating mountains of red tape, ill-considered import-substitution programs, wasteful and inefficient state
-owned enterprises, and soaring corruption.

This led to low levels of investment outside of oil and gas, low productivity, a weak manufacturing base and a dangerously high dependence on hydrocarbons. By the early 1980s, more than 80% of Indonesian exports were related to oil or gas.

In 1986, the price of oil dropped to $10 a barrel. President Suharto, already in power at that point for 20 years, shifted tack almost overnight. Over the next few years, his reforms slashed red tape, promoted non-oil-and-gas industries, incentivized labor-intensive manufacturing, and opened the financial industry to new private-sector players. The economy rebounded rapidly. And it became much more balanced, thanks in part to a surge of investment in job-creating manufacturing industries, with the private sector leading the way.

In the 13 years to 2013, Indonesia's economy again returned to a heavy reliance on natural resources, except this time hydrocarbons were joined by minerals such as coal, gold, tin, nickel and copper, along with agri-business products such as pulp, paper and crude palm oil. Last year, some 60% of Indonesia's exports were energy or natural resources. Meanwhile the share of manufacturing in total economic output has declined.

Many culprits contributed to this change. Indonesia has suffered a lost decade of public-works development due partly to corruption and political vested interests but mainly due to weak government coordination, outdated land laws, and a general lack of urgency.

In the labor markets, government-endorsed wage increases have crippled the once-thriving footwear, apparel and textile industries. When weighted by manufacturing productivity, Indonesia's minimum-wage levels have grown twice as fast as those of any other Asian economy.

The education system produces too few graduates able to compete in the modern economy. And a raft of policy interventions (loosely defined as "economic nationalism") has attempted to insulate from competition a few Indonesian producers at the expense of far more Indonesian consumers.
All of this is reminiscent of the Suharto oil boom years. But this time Indonesia has the benefit of another 20 years of economic growth under its belt. The fiscal picture is better and overall debt levels are lower than in peer countries. Regions outside of Jakarta and Java are more prosperous now.

That means the economy won't need Suharto-style shock therapy. But some changes in official mindset and language would go a long way to ensuring that the recent burst of policy reforms has lasting impact.

One welcome change would be a government-wide commitment to increasing competitiveness. A related shift would be to review the growing role of generally inefficient and poorly run state-owned enterprises, which provide very low returns on investment and often block more productive private-sector investments.

Competitiveness comes from competing. Indonesia's moves to protect industries and agribusiness are undermining national competitiveness and will inevitably make it more difficult to get political support for—much less get benefit from—regional integration commitments such as the Association of Southeast Asian Nations Economic Community and the Regional Comprehensive Economic Partnership.

Finally, Indonesia's anti-corruption drive needs new life. Progress has been made, thanks in good part to the courageous leaders of the Corruption Eradication Commission, or KPK. But an anti-corruption agency working without the full support of the judiciary and law enforcement can only do so much. The economy will be hard-pressed to reach a sustainably stronger rate of growth until the government acknowledges the huge economic costs imposed by widespread corruption and finds the mettle to eradicate it.

Indonesia has survived worse economic storms than the one facing it today, both in the mid-1980s and in 1997. It emerged stronger from those episodes and it will do so again, so long as Jakarta wakes up to the urgent need for further reforms. Adam  Schwarz is president of The Asia Group LLC.