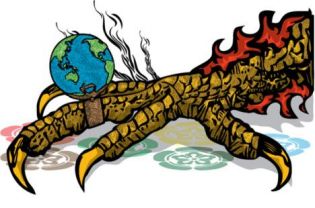 Before Hong Kong reverted to China in 1997, the departing British administration and the PRC government, without consulting the territory's then 6.7 million people, negotiated the Basic Law which was to apply to the Special Administrative Region for 50 years until 2047.

Lack of legal clarity is deliberate. It allows regimes to choke dissent by circumventing legal benchmarks of evidence and proof of criminal activity. Societies can be terrorized into submission using these catchall laws as colonial powers did, to squash challenges to authority.

The first attempt to pass security legislation in 2003 ended in disaster for then Chief Executive Tung Chee Hwa. The hasty introduction of the Security Bill ignored specific written submissions from legal, professional and civic society bodies to rectify flawed provisions which many felt would compromise Hong Kong's traditions of free speech, free press and human rights. Hong Kong is probably the only society in history without democracy but enjoying First World rights which it fights to protect.

Between 500,000 and 700,000 citizens marched against Article 23 on a searingly hot July afternoon in 2003 to the shock and awe of both the Hong Kong and Beijing authorities. The widely-held belief was shattered that Hong Kong people are only interested in pursuing wealth with little interest in politics. It flashed on world television screens for all to see.

Since then the security bill has been left in cold storage. The public is deeply skeptical of the true intent of Article 23. It does not build local trust or confidence when China routinely 'disappears' dissidents, subjects them to severe physical abuse in detention, imposes security surveillance on spouses and punishes families. This kind of state thuggery cannot be reconciled with Hong Kong's 'core values'.

"One Country, Two Systems" and "Hong Kong people ruling Hong Kong" were slogans promoted by the Beijing authorities to define how Hong Kong would be run for 50 years under the Basic Law. These slogans are now abandoned as the China Liaison Office directs local politics and Chief Executive CY Leung routinely consults it.

Public trust in both the chief executive and the central government is at an all-time low. Not having a leader or a legislative chamber that truly represents them, Hong Kong citizens have taken to the streets directly to express their dissatisfactions.

Occupy Central
Other provisions in the Basic Law yet to be implemented are Article 45, which provides for "selection of the Chief Executive by universal suffrage upon nomination by a broadly representative nominating committee in accordance with democratic procedures," and Article 68 for similar direct elections to all Legislative Council seats.

No timeline was set by the Basic Law. After resisting calls for implementation of Article 45 and Article 68 for 10 years, the National People's Congress Standing Committee (NPCSC) in 2007 resolved that the Chief Executive could be elected by universal suffrage after another 10 years in 2017 and the Legislative Council members likewise by 2020.

The vague phrase "broadly representative nominating committee" is causing confusion -- does it mean a directly elected nominating committee for the purpose, recall of the last 1,200 member "small circle" unelected committee or a new body the central government will appoint to screen 2017 chief executive candidates? Beijing has yet to say.

The Hong Kong government was supposed to have commenced public consultation to present its formula to implement Articles 45 and 68 after the NPCSC resolution of 2007. It has resisted doing so. It vaguely promises one for next year. That raises legitimate concerns that the authorities are stalling for time to secure a two-thirds majority in the Legislative Council to snap Article 23 into law before the 2017 election. It is two to three votes short of a two-thirds majority in the current legislature.

To flush out the government formula for the nomination method, political and civic groups have supported a call by Benny Tai Yau-ting, associate professor of law at Hong Kong University for a symbolic "Occupy Central" action next summer if the government fails to table its plans for the direct 2017 election without preconditions. That is plenty of notice for the SAR government after it has evaded the responsibility for six years.

Dire warnings of "bloodshed" have been issued by Beijing proxies and outfits like "Silent Majority" and "Legislate Article 23" on broadcast, print and social media channels should the Occupy Central civil disobedience go ahead. The Occupy Central movement is being scare-mongered as an urgent law and order issue. Benny Tai and his sympathizers really do not want to squat in Central. They want the government to come clean on political reform before it is too late.

A new element of "patriotic" triads disrupting pro-democracy events adds to the manufactured sense of crisis as police are directed to be more aggressive on protesters. There have been allegations of police provocation and selective intervention targeting pro-democracy marches.

Getting them young
Below the radar there is accelerated brainwashing of school children under guise of "study tours" to the mainland and lectures by PLA officers. While flag-raising, patriotic songs and marching drills were confined to leftist schools beyond Education Department oversight, they were largely ignored by most Hong Kong citizens. However a recent incident involving a regular North Point secondary school has parents riled.

HKAYD has targeted 18,000 children in a program from 2010-2013. The inaugural HKAYD camp of 2010 was attended by Chief Executive Donald Tsang and the PLA's commander in chief. The Jockey Club has been tapped to subsidize these camps.

An upset mother told Apple Daily: "Cheung Chuk Shan College is a famous school in the east Island district and not a left-wing school. I cannot understand why the school arranged such a camp. I am seriously concerned if there are more brainwashing activities at the school."

The large influx of mainlanders under the Hong Kong government's immigration policy has, over decades, spawned an underclass of children and parents alienated from mainstream society. They are a breeding ground for United Front activity through alternative schools, youth organizations and teachers associations. They are well funded and increasingly now claim their share of government subsidies and grants.

An attempt to institutionalize "patriotic education" using slanted history textbooks was exposed last year and collapsed after widespread opposition from teachers, pupils and parents. It was another stealth program of the administration. Like Article 23, it has been thwarted for the moment but lurks in the shadows.

Beijing's larger chessboard
Beijing is wooing the return of Taiwan to the motherland as the grand prize. It therefore cannot get too clumsy and heavy-handed on Hong Kong. Unlike Hong Kong and Macau, Taiwan is an independent country with a functioning democracy. It has evolved through the pain of corrupt and authoritarian leaders and an unrealistic claim of sovereignty over the mainland. It does not need guidance from Beijing on direct elections or a free press. It is unlikely that Taiwanese will accept anything less.

Hong Kong and Taiwan place the PRC government in a quandary to justify continuation of its one-party dictatorship and repression of civic demands for justice, elimination of endemic official corruption and protection of the individual from State bullying. It is a conundrum which would have strained the wisdom of Solomon. Can terror compel love of country? Will free societies willingly accept a dictatorship? Asia Sentinel