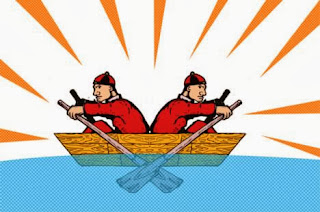 On 30 August 2013, nine containers filled with 52,000 litres of 100 per cent-agave tequila were shipped to China by five Mexican distilling companies

This is the first time Mexico has shipped top-quality tequila to China for it was previously banned by Chinese authorities because its methanol content exceeded the level permitted for spirits consumed in China.

The shipment was possible only after President Xi Jinping visited Mexico in early June and signed an agreement with President Enrique Peña Nieto whereby the more limited partnership that had been in place between China and Mexico was upgraded to an Integral Strategic Partnership, a deeper cooperation arrangement that China sets up with its most important economic and political partners. For its part, China agreed to lift the non-tariff barriers it had imposed on the importation of full-agave tequila and pork products from Mexico, thus granting full access for both to Chinese markets.

In that context, on 28 August, the Quintana Roo State Supreme Court ruled in favour of a group named the Real Estate Dragon Mart Cancun and ordered the local government to issue building permits for the construction of a huge trading complex and exhibition centre. Promoted mainly by Chinese businessman Hao Feng, this will be the second largest retail complex for Chinese products outside China; it will be built on 5.6 square kilometres of tropical jungle in the heart of the Mayan Riviera and will include over 3,000 shops, where about 700 permanent businesses (reportedly 60 per cent from China, 30 per cent from Mexico and 10 per cent from other countries) will sell their goods. It is suspected, however, that the large majority of businesses will come from China; in fact, as many as 4,500 Chinese companies have already expressed their interest in acquiring a stand.

Formally, Real Estate Dragon Mart Cancun is a joint venture formed by two Mexican business groups, which own 90 per cent, and the Chinamex Middle East Investment and Trade Promotion Centre, which holds the remaining 10 per cent. Located in Sharjah, an emirate in the vicinity of Dubai, the latter was built by the China Machinery and Electronic Products Exhibition Centre (Chinamex) in association with the government of Sharjah. It was the first of this kind of overseas trading platforms promoted by the Chinese Ministry of Commerce; Dragon Mart Cancun will be the second. These platforms are intended as venues for Chinese businesses to venture into foreign markets. Conversely, they are also conceived as liaison bases for foreign companies that want to access Chinese markets.

Local environmental protection groups and some of Mexico’s top private sector organisations strongly oppose the construction of Dragon Mart. Yet the Peña Nieto administration is trying to manage that opposition by way of the Quintana Roo state government. The idea is to present the project as a gesture of reciprocity in return for China’s lifting of the barriers to Mexican full-agave tequila and pork products.

Finally, on 6 June, when President Xi was visiting the Mayan city of Chichen Itzá in Mexico, Nicaraguan president Daniel Ortega announced that his government had granted a concession for the construction of an interoceanic canal across his country. The canal is to be constructed by Chinese tycoon Wang Jing. Expected to begin in May 2014 and with an investment topping US$40 billion, the project involves the construction of both the canal and a rail line that will run in parallel. This will offer an alternative to the Panama Canal, a goal pursued for a long time by other Central American countries.

The Colombian government has also been discussing with Chinese investors the possibility of building a railway line for transporting goods between the Caribbean and the Pacific. But Guatemala is likely to become the first to achieve this aspiration. President Otto Pérez Molina announced in February 2013 that his government was seeking funds to build an inter-oceanic ‘dry canal’, which will include a railway line, a dedicated road and a pipeline across Guatemala to link the two oceans at an estimated cost of US$12 billion. Feasibility studies for the project are now complete and construction is scheduled to begin in May 2014, too.

Some have argued that megaprojects such as these are the pièce de résistance of China’s development model, and that they tend to be built in places where China has a strategic interest — mainly where it will have access to critical resources. Megaprojects are seen as part of China’s rebalancing strategy aimed at moving to a new economic model whereby neighbouring countries can become a market for Chinese goods and get integrated into China’s regional value chains. The rationale is that, given increasing signs of overinvestment, Beijing wants to invest profitably abroad instead of investing wastefully at home.

Therefore, it is likely that this transition will encourage more corporate adventures overseas in addition to those in Latin America referred to above. For, as a major international investor, China is only warming up.

Juan J. Palacios is Professor at the Department of Political Studies, University of Guadalajara, Mexico, and a member of PAFTAD’s International Steering Committee.