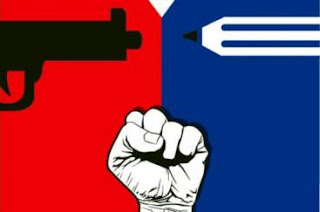 The rising death toll increases the pressure on Mr Aquino to end the standoff in Mindanao, a resource-rich region where four decades of insurgency have killed about 200,000 people and stifled development.

Prolonged violence in Zamboanga, parts of which were occupied by rebel forces on September 9, would give the rebels a ''strategic advantage'' and highlight Mr Aquino's difficulty in bringing peace to the area, said Rommel Banlaoi, executive director of the Philippine Institute for Peace, Violence and Terrorism Research.

''We will end this at the soonest possible time,'' Mr Aquino said in a speech in Zamboanga on Saturday, after warning on Friday that he would use the ''full force of the state'' if needed against the fighters loyal to Moro National Liberation Front founder Nur Misuari.

The clashes coincide with the resumption of peace negotiation with a separate rebel group, the Moro Islamic Liberation Front, which signed a wealth-sharing agreement with the government in July.

About 70 people had been wounded since September 9, and 19 rebels had either been captured or had surrendered, Major Guzman said.

In Lamitan, 40 kilometres from Zamboanga, about 10,000 people fled after a gunfight between soldiers and about 100 members of another guerilla group who tried to enter the city on Friday, said Ramon Santos, director at the Office of Civil Defence.

Fighting in Zamboanga continued even after Vice-President Jejomar Binay's efforts to broker a ceasefire on Friday, Defence Secretary Voltaire Gazmin told DZBB radio on Saturday. ''We all want peace and to avoid further bloodshed. There's a firefight now, so there can't be a ceasefire,'' Mr Gazmin said.