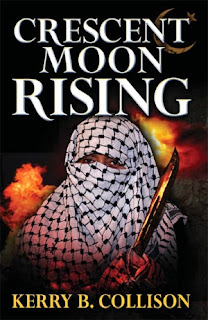 It is not always easy for civilians, or policy makers and authorities, to distinguish between acts of terrorism or regular crimes, which similarly kill and maim people. Over the weekend reports said dozens of civilians were killed and injured in an attack at a mall in Nairobi, Kenya.

A further story said over 75 people had been killed in another attack after a Sunday service at a church in Peshawar, Pakistan. In Indonesia, doubts rise over the security forces ability to anticipate and overcome violence — as police themselves have recently been killed in shootings and bomb blasts.

Such chilling reports remind us how militias, robbers, and/or those with ties to security forces, easily gain the skills and resources to kill and terrorize people, often with excuses that they expect to gain support.

The weekend shooting at Nairobi’s Westgate mall reportedly involved terrorists, as the gunmen urged “non Muslims” to leave the mall just before their shooting spree. Reports linked the mall attack to the al-Shabaab, identified as a local wing of al-Qaeda, which opposes Kenya’s participation in a peacekeeping mission in neighboring Somalia.

Following the suicide bombings at the church in Pakistan, a group claiming to be a wing of al-Qaeda, said non Muslims in Pakistan “will remain our target as long as America fails to stop drone strikes in our country.”

Since the 2001 terrorist attacks on the United States, civilians have been increasingly exposed to the notion that they are considered legal targets of violence, under grand excuses of holy wars. Such proclamations have lured in more and more recruits, which is why many Indonesians were not celebrating the killing of al-Qaeda leader Osama bin Laden in May 2011.

Porous borders, the Internet and low levels of security contine to provide support for violent parties. Overt monitoring of citizens, as the US is currently accused of, has not helped basic prevention measures to keep us safe, though policy makers would argue that in the absence of more intelligence operations, we would see more innocent victims.

Over a decade of fighting terrorism has shown how the counter arguments against the violent type of jihad has not been sufficient to drown out supporters of violence; and with some 200 million Muslims, Indonesians share the responsibility of speaking up against violent jihad. We continue to debate the validity of US armed intervention in the world’s hotbeds.

Still, the attacks on the Westgate and the All Saints Church were barbaric, which we do not accept as a defense of Muslims. The Jakarta Post | Editorial |