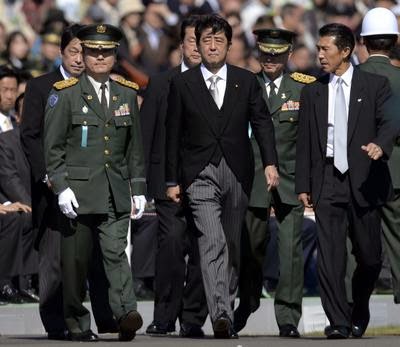 As Prime Minister of Japan, I thus extend my most sincere apologies and remorse to all the women who underwent immeasurable and painful experiences and suffered incurable physical and psychological wounds as comfort women,” then-Japanese prime minister Junichiro Koizumi stated in his official apology letter in 2001 to all women who were forced to become sex slaves for Japanese soldiers during World War II.

The letter is still on the Japanese Foreign Ministry’s official website.  “We must not evade the weight of the past, nor should we evade our responsibilities for the future,” wrote one of Japan’s most popular leaders. Former prime ministers Ryutaro Hashimoto, Keizo Obuchi and Yoshiro Mori, all from the ruling Liberal Democratic Party (LDP), reportedly also signed the letter.

In August 1993, chief Cabinet secretary Yohei Kono, also from the LDP, issued a statement on comfort women. “Undeniably, this was an act, with the involvement of the military authorities of the day, that severely injured the honor and dignity of many women. The Government of Japan would like to take this opportunity once again to extend its sincere apologies and remorse[...]”

The two official apologies only support the argument that it is very difficult to understand why the current Japanese government pretends to be completely oblivious to Japan’s World War II history. Chief Cabinet Secretary Yoshihide Suga said last week that the Cabinet would re-examine the official apology. China and South Korea have criticized Prime Minister Shinzo Abe for backpedaling from past Japanese apologies and acknowledgements of wartime atrocities.

The Abe administration has eroded Japan’s credibility in the eyes of the international community by questioning the policy of its predecessors on the issues of sex slaves in Asia, including Indonesia, during World War II.

It is totally understandable that Abe’s government needs a powerful impetus to unite the nation amid his efforts to help the world’s third largest economy reassert itself on the global stage and address tension with its giant neighbor China and, to a certain extent, South Korea and North Korea.

Abe, however, has humiliated his own nation by repeatedly opening an old wound. In the Google age it is all too easy to find the truth about Japan’s dark past.

”I believe that our country, painfully aware of its moral responsibilities, with feelings of apology and remorse, should face up squarely to its past history and accurately convey it to future generations,” said Koizumi in 2001. Abe should learn from Koizumi. The Jakarta Post Editorial