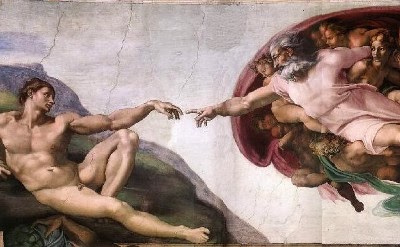 That’s me on the right

A former US ambassador to Malaysia sounds the alarm

Like other friends of Malaysia overseas, I have followed the controversy over the use of the word "Allah" with interest, but also with great concern. For I believe that this issue, if left unchecked, has the potential to tear Malaysia and the dream of "Bangsa Malaysia" apart.

While there are racial and religious issues in every society, what makes the situation in Malaysia different is that it is the government that has condoned and even provoked these tensions for its own political purposes.

For years, UMNO justified its existence by saying that the Malays are under threat, and that only UMNO could defend “the Malay race”.

After the 13th general election, in which UMNO candidates received only 30 percent of the national vote – and in which BN as a whole got only 47 percent – it had two choices. It could broaden its appeal or it could narrow it by trying to appeal to the PAS voter base, for whom religion rather than race is a more important concern.

Unfortunately, UMNO chose the latter course and started to play the "Muslim" card. Now, according to the government and UMNO, it is not just Malays, it is also Islam that is under threat. As for the "Malay" card, UMNO increasingly has gone to the extreme, pandering to extreme racist elements, starting with PERKASA.

The irony of the “Malays/Islam under threat” claim, of course, is that in Malaysia, both Malays and Muslims are the majority. And UMNO controls the government. So how can the Malay race and the Muslim religion in Malaysia be under threat?

To UMNO’s leadership, it doesn’t matter. There is no need to explain. They just speak and offer no evidence, and use their propaganda instruments - Bernama, RTM, Utusan Malaysia, the New Straits Times, etc – to spread the word.

From an international perspective, they also make assertions that are totally out of line with Islamic thinking and practice in the rest of the world.

Think about it – Malaysia is the only country in the world that ignores history and linguistics and dares to ban non-Muslims from uttering the word "Allah." Like Humpty Dumpty, the Malaysian government stands alone – and claims for itself the right to decide what words mean and what words people may read, write, think, and speak.

How can Prime Minister Najib Razak, his government, and its supporters justify their actions, when no one else in the Islamic world agrees with them? When Islamic scholars like Reza Aslan say, “We are laughing at you,” how do they respond?

They don’t. Because they don’t know what to say. They seem to be living on their own planet.

But it is not just what Najib and his government say, it also is what they have done.
There is no greater example of uniformed assertions than former PM Dr Mahathir Mohamad’s recent claim that Christians have “no right” to use the word "Allah." Because he is Mahathir, he just says it, and he expects everyone to agree.

As the saying goes, everyone is entitled to their own opinions, but not to their own facts. In this case, history and the facts are not on Mahathir’s side. Mahathir is totally, 100 percent, wrong.
The word "Allah" was used by Arabic-speaking Christians for centuries before the birth of the Prophet and the rise of Islam. Indeed, archaeologists have found an Arabic-language Christian Bible (the Mt Sinai Arabic Codex 151), that is nearly 1,300 years old, in which God is called "Allah."

Indeed, someone might ask what right Muslims have to say the word "Allah," when it was used first by Christians? Who is violating whose rights?

The answer is simple – even though Jews and Christians used it first, they would never deny Muslims the right to say the word "Allah." Because while over the years, men and women have practiced and interpreted our religions in different ways, in the end we all worship the same God – the God of Abraham, the Creator of the Universe.

So here is the question. In the entire Islamic world, why is it only in Malaysia that people claim that uttering or writing the word "Allah" is the exclusive right of Muslims? Why is it only in Malaysia, and nowhere else in the world, that some Muslims say they will be “confused” if other people – Christians – use the word "Allah" when they worship inside their own churches, or when they read the Bible in the privacy of their own homes?

“There is no such word at all in the Greek New Testament. In the Bible world, God has always been known as ‘Yahweh’, or by the contraction ‘Yah.’ That being the historical fact, it can be concluded that the word or name ‘Allah’ is not an integral part of the faith and practice of Christianity.”

Justice Apandi’s judgment clearly shows the dangers of “quick research.” He should have spent a little more time on the web. But because he refers to how the word "God" is expressed in Hebrew, Greek, and Arabic, he has raised the important issue of language and the words that we use in different languages to refer to God.

How many languages are there in the world? The Christian Bible has been translated in whole or part into an astonishing 2,817 languages, according to the Wycliffe Bible Translator, a UK organization. The complete Bible is available in 513 languages, including Arabic and Malay.
Both the Arabic and Malay Bibles use the word "Allah" to refer to God. In the case of Arabic, it has been so for at least 1,300 years, and in the case of Malay, which “borrowed” the word "Allah" from Arabic, for at least 300.

Even so, Justice Apandi ignored both history and language when he claimed that the Arabic and Malay language word for God – Allah – belongs exclusively to Muslims. That is because Jews and Christians used the word "Allah" before the Prophet was even born.

Judge Apandi also was wrong when he said that the Jews have always referred to God as "Yahweh." My own “quick research” on Wikipedia, which must have lasted 15 seconds longer than the learned judge’s, shows that the Hebrew Bible uses many names for God.

While Yahweh is indeed the most common expression, two others are "Elah" and "Eloah." They both sound very similar to "Allah" and there is a reason for that. Just as Jews, Christians, and Muslims all believe in the God of Abraham, the Hebrew, Aramaic, and Arab languages are all related to each other.

Most scholars say that Jesus spoke Aramaic, not Hebrew. And when Jesus spoke of God, he said, “Ellah.” That sounds remarkably very similar to the Arabic "Allah." And it should, because Aramaic and Arab are what linguists call “cognates.”

As word of Judaism and Christianity spread into the Arabian Peninsula, "Allah" became the Arabic language name for the God of Abraham. The word "Allah" was used first by Arab Christians and Mizrahi Jews, and only later by the Prophet and Muslims.

So the burden of proof therefore is on any Malaysian who ignores history, language, and the facts – and who ignores what the rest of the Islamic world is doing – and simply asserts that only Muslim Malaysians may use the word "Allah."

John R. Malott served as US Ambassador to Malaysia from 1995 to 1998. He contributed this to the Malaysian website Malaysiakini.