Clash of Dreams: Becoming a ‘Normal Country’ in East Asia 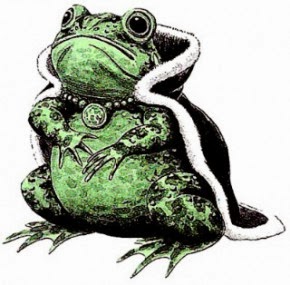 The region’s countries have different visions of what they want to be. Can they work together to achieve them?

East Asian countries are each striving to become a “normal country.” In other words, they are unsatisfied with their current status and positions. The meaning of “normal country” may hold different answers for each of them: reunification, democratization, abolishing constitutional limitations, or national rejuvenation and restoration.

However, the varying contents of these countries’ dreams could lead to a clash of dreams. In particular, a real danger of a clash of dreams may include one party blaming the other for being an obstacle in the path to its search for greatness or past glory. Many problems in East Asia are represented by territorial disputes, such as those between China and Japan and between South Korea and Japan. Tensions can also be generated by words and actions over historical symbols, such as the recent controversy over Japanese Prime Minister Shinzo Abe’s visit to the Yasukuni Shrine. The fundamental source of these conflicts, however, is a clash of national dreams and identities.

The discourse on becoming a normal country has been pondered for quite some time in East Asia. On the Korean peninsular and in Taiwan and Japan, there has been much discussion about becoming a normal country by heads of state, the media, and the general public. For the two Koreas, “normal” spells reunification. The Taiwanese are debating whether to seek independence to become a “normal country” or to reintegrate with the mainland in some way in the future and restore a “Great China” status.

As for Japan, being a “normal country” refers to abolishing the still-valid constitutional limits on military development and playing a more “symmetric” role in world economic and political spheres. For many Japanese, this concept also means that Japan would no longer live in the shadow of history and it would have a normal, not apologetic, relationship with its Asian neighbors. However, many Japanese fail to realize that this process of normalization presupposes a reconciliation of Japan’s self-image with the images its neighbors hold of Japan’s past.

In contrast, the Chinese leadership has never openly spoken about whether China is a normal country. Is it, in fact? What does it mean, anyway, to be a “normal country” for China? There are no commonly accepted standards to judge one country as normal or abnormal. Many may say that China can become a normal country only after it has changed from a communist dictatorship to a multiparty democracy in which officials are chosen in regular elections. In terms of democratization, there is no doubt that China still has a long way to go, but Beijing would never agree to use democratization as a standard of being a normal country.

Based on the speeches and actions of the Chinese leadership, however, it is clear Beijing is also not satisfied with its current situation, and is searching for a new identity or status. China’s new leader, Xi Jinping, has repeatedly emphasized that China’s main future objective is to realize national “rejuvenation,” or fuxing (复兴). Xi calls this the “Chinese Dream.” Therefore, only after the realization of this dream can the leadership and the Chinese people consider China a normal country.

In fact, the concept of rejuvenation is also popular in Japan. Japan’s third-largest political party is the Japan Restoration Party. The characters for restoration here is ishin (維新). Both restoration and rejuvenation refer to a return to greatness or a past glory. Even though the English translations of these words differ slightly, the meanings in Chinese are almost the same.

Thus, we can see that China and Japan actually share similar motivation and objectives.

That said, their understandings of the particulars of these objectives are quite different. For China, the most important part of rejuvenation is for the country to grow stronger and richer, returning to its central position in the world and freeing itself from foreign bullying or interference. As for the Japan Restoration Party, the meanings of “restoration” include rewriting the Constitution to replace the current war-renouncing Constitution that was drafted by the United States after World War II, strengthening maritime defense capabilities, and abolishing the effective cap on defense expenditures at 1 percent of gross domestic product. Even though the Japan Restoration Party is still a minority party in Japan, and it has already been tied with new Japanese nationalism, some of its policy claims are also popular among some Japanese. What Shinzo Abe has attempted to do during his first year also follows the same direction.

Who you want to be determines what you will do, so the divergent contents of dreams and national agendas can certainly instigate conflict. For example, some Japanese say that the criteria for becoming a normal country include freeing itself from the historical shadow and becoming a permanent member of the UN Security Council. These individuals may assume that China wants to block this normalization process. At the same time, some Chinese may believe China’s rejuvenation should include receiving historical justice, and may view Japan as the hindrance.

The concept of rejuvenation or restoration is deeply entrenched in the understanding of history and national identity. It may be sheer coincidence that on the same day of December 26, 2013, Japanese Prime Minister Shinzo Abe visited the Yasukuni Shrine and Chinese President Xi Jinping visited Mao Zedong’s mausoleum for the 120th anniversary of Chairman Mao’s birth. The Chinese government and media criticized Abe’s visit as paying respect to ghosts. However, some inside China believed Xi’s visit showed respect to another ghost. Debates in Chinese social media have heatedly discussed whether Mao was a founding father or an evil dictator.

Even today, citizens of China and Japan still debate their own history and the rights and wrongs of historical figures. Many Chinese and Koreans believe Abe’s visit to Yasukuni was unacceptable because the shrine housed the spirits of the 14 “Class A” war criminals from World War II. On the other hand, many Japanese consider these individuals their ancestors and want them to be understood as such. Many Japanese also believe that Japan’s intention for the war was to liberate the Asian peoples, including Chinese and Koreans, from Western colonization. In China, on the other hand, many still regard Chairman Mao Zedong as a savior of the people despite his mistakes, like the launches of the Great Leap Forward and the Cultural Revolution.

When a group of people have such hugely varied perceptions of history, it indicates that the group is still searching for its identity. Even though China and Japan are now the world’s second and third largest economies, neither has yet to fully complete its nation building. They still have major internal disagreements regarding the evaluation of their past and objectives of their future. We can see the same situation in the two Koreas, Taiwan, and even Hong Kong. The uncertainty in national dreams and national identities is a fundamental reason for the uncertainty in security of East Asia.

There is reason to be concerned about the current situation in East Asia. Identity-based conflict is much more complicated than interest-based conflict. Different identities often generate divergent perceptions. In fact, East Asian countries often base their evaluations of their neighbors on misperceptions. For example, both China and Japan consider themselves peace-loving and the other aggressive. The same event can have different interpretations depending on which side you are on. In such a situation, all parties must act with caution to avoid any conflict escalation due to misperception and misunderstanding.

Looking forward, the search for identity is a long process. It cannot be completed simply through a top-down process. Domestic consensus can only be built through internal dialogues with participation from all different levels of citizens. More importantly, countries in this region need to conduct multi-level dialogues with each other. After fully understanding each other’s dreams and intentions, countries might realize that another country can be a partner and supporter in the process of becoming a normal country, rather than an opponent and obstacle. Over the past decades, East Asian business circles have worked closely together with a high level of integration in terms of economic cooperation between and among these states. This experience could help politicians, the military and other social groups in these countries realize that the other side is a potential partner or at least a state to coexist peacefully with.

Zheng Wang is an Associate Professor in the School of Diplomacy and International Relations at Seton Hall University in New Jersey. He is also a Global Fellow at the Woodrow Wilson International Center for Scholars.