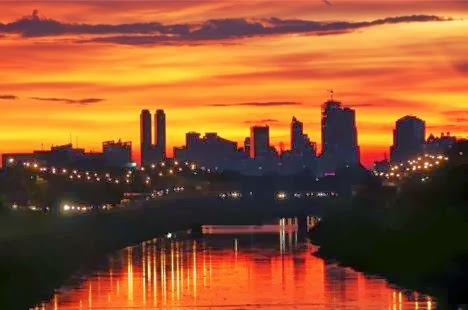 In May 2013, Indonesia celebrated the 15th anniversary of the downfall of President Suharto’s authoritarian New Order regime. Yet while Suharto and his rule are more and more relegated to the history books, there is still no agreement among observers and ordinary citizens about the character of the state that emerged after 1998. Some view the post-Suharto state as a model Muslim democracy that has proved to be much more resilient than any of its Arab Spring counterparts. Others believe that Suharto’s associates simply hijacked Indonesia’s new democratic institutions and thus survived the transition unharmed. Others still are convinced that the state is controlled by both old and new oligarchic forces, making democracy a sham.

So what is the state of Indonesian democracy 15 years after the end of authoritarianism? Unsurprisingly, the report card is mixed. The democratic transition has been marked by both significant successes and dramatic failures — as one would expect from a state trying to overcome deeply entrenched legacies of military hegemony, political and societal corruption, communal tensions, and low levels of economic development. But overall, the bottom line is that Indonesia today has a functioning electoral democracy. According to Freedom House, it has been Southeast Asia’s freest society since 2006. This is a remarkable achievement given the chaos surrounding Suharto’s departure in 1998.

To begin with, Indonesia avoided territorial disintegration in a period in which the Soviet Union, Yugoslavia and Czechoslovakia (to name only a few) decided to dissolve their unitary states. To a large extent this was due to the unprecedented program of decentralisation launched in 1999 which silenced secessionist calls in Bali, East Kalimantan and Riau. In combination, democratisation and decentralisation allowed Indonesia’s regions to express their local identities and formulate their own policy priorities — something that had been impossible under the centralist regimes that had governed Indonesia since 1945.

Similarly, Indonesia has successfully marginalised the military in political affairs — in contrast to Egypt, for example, where the army aborted the democratic experiment after only two tumultuous years. The story of Indonesia’s democratisation after 1998 is primarily a narrative of comprehensive civilianisation, both in the centre and in the regions. At the end of Suharto’s rule, 40 per cent of Indonesia’s governors were retired or active military; by 2013, a mere 6 per cent. It is difficult to overstate the significance of this development, especially given widespread predictions in 1998 that another coup was only a matter of time.

Equally remarkable is the ease with which Indonesia institutionalised electoral procedures that are widely viewed as free, fair and competitive. There have been three national elections since 1999, two of which led to peaceful changes in government, and almost one thousand ballots at the provincial and district level since 2005. While administrative problems, vote-buying, and corruption in electoral dispute resolution persist, elections are now generally accepted as the only game in town. In a country that did not witness a free election for an entire generation (the last democratic poll before Suharto’s fall was in the late 1950s), such a seamless transition from autocracy to electoral democracy could not be taken for granted.

Finally, post-Suharto democracy also destroyed the long-held myth that only authoritarian rulers can guarantee sustained economic growth. Indeed, it was Suharto who was responsible for the country’s economic collapse in 1998, after which the democratic polity cleaned up the mess. Growth has averaged between 5 and 6 per cent throughout the 2000s, and the debt-to-GDP ratio now stands at 25 per cent — a figure many Western democracies would envy.

All these successes notwithstanding, there is frustration among the Indonesian populace about a slow-down in the reform process since the mid-2000s. Under the government of Susilo Bambang Yudhoyono (who came to power in 2004 and whose second term will end in October 2014), democratic gains were consolidated but no further ground-breaking reforms were launched. In fact, many democracy activists have noted that Yudhoyono presided over an erosion of democratic quality in a number of key policy areas.

Most importantly, the level of political corruption in Indonesia has increased in recent years. While the country’s Anti-Corruption Commission has carried out a number of high-profile arrests (ranging from ministers to the Chief Justice of the Constitutional Court), the incentives for corruption still outweigh the risks of being caught. Crucially, Yudhoyono’s decision in 2005 to cut state subsidies to political parties by 90 per cent has led the latter to intensify their predatory fundraising practices — party cadres in public office have increasingly siphoned off money from national and local budgets in order to fund the parties’ operational expenses. Of course, the corrupted money is also used to fund exceedingly lavish lifestyles among the political elite.

At the same time, some conservative circles in the Home Ministry and other political agencies have tried to roll back electoral reforms introduced since the early 2000s. The Home Ministry submitted a proposal to parliament in 2013 that, if passed into law, would lead to the abolition of direct elections for mayors and district heads (who, not coincidentally, hold great political and fiscal powers under Indonesia’s decentralisation regime). The move reflected anxiety among some political leaders about the extent to which Indonesians have been democratically empowered since 1998, and it also signalled that there are elite groups determined to recapture the privileges they enjoyed before the vast expansion of electoral rights.

There is also a noticeable deterioration in the protection of religious minority rights in post-Suharto Indonesia. Attacks on Christian churches and Islamic non-mainstream groups such as the Ahmadis and the Shiites have increased dramatically under Yudhoyono’s government, with the president unable or unwilling to confront the radical militias responsible for the violence. When Yudhoyono received an award in New York in May 2013 that honoured him for efforts in promoting religious freedom in Indonesia, the president was showered with ridicule and sarcasm by both concerned citizens at home and democracy advocates abroad.

Yet on balance, Indonesian democracy is more stable, more advanced and more deeply rooted in society than most observers would have expected in 1998. It is obviously far from fully consolidated, and equally far from becoming a liberal democracy in which the rule of law, civil liberties and minority rights are upheld without prejudice. But given the almost complete absence of democratic experience at the beginning of the transition, Indonesia’s stability as a functional electoral democracy 15 years later is a noteworthy achievement, and one that many young democracies in the Middle East and elsewhere would like to replicate.

For Indonesia, the next challenge is to organise an orderly transfer of power from Yudhoyono to his democratically elected successor. The alternatives couldn’t be clearer: the front-runner so far — hugely popular Jakarta governor Jokowi Widodo — stands for a reinvigoration of the reform process. His most serious rival, Suharto’s former son-in-law Prabowo Subianto, calls for tougher leadership and a nationalist revival. Ultimately, the choices Indonesians make in this contest will reveal a lot about the kind of democracy the country has become since shaking off authoritarianism.
Dr Marcus Mietzner is Senior Lecturer in the College of Asia and the Pacific, The Australian National University.
This article appeared in the most recent edition of the East Asia Forum Quarterly,‘Indonesia’s choices’.