Spy scandal gives the game away, with Indonesian co-operation no longer on the cards 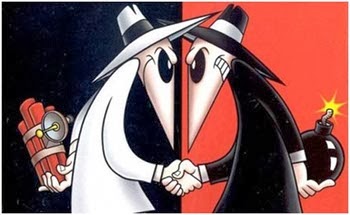 When it comes to Indonesian co-operation, the cards are stacked against Australia

In life, you play the cards you're dealt. It helps, of course, to secretly know the hand of the person sitting opposite - and never let on.

''It takes so much of the excitement out of the game,'' admits Mark Lowenthal, former assistant director at the CIA. ''On the other hand, the results tend to be better. Seriously, that's all this is.''

Economic espionage is a surprising side of the usually hidden craft of intelligence gathering, but it's as much a part of the spying game as monitoring terrorist threats or evading foreign honeytraps.

But the recent spotlight on Australia's spies targeting trade talks has jarred with the Abbott government's insistence - repeated again last week - that intelligence gathering is to ''save Australian lives''.

The latest leaks from former National Security Agency contractor Edward Snowden exposed Australia's eavesdropping in Indonesia during negotiations last year with the US about the sale of clove cigarettes and shrimp, with the reports shared with Washington.

Indonesia claimed the revelation was ''mind-boggling'', which added to Australia's regional embarrassment, with East Timor still smarting about being spied on as the two nations sought to divvy undersea fossil fuel resources.

Mr Snowden mocked Prime Minister Tony Abbott in a recorded message to Oxford University students on Thursday, saying the over-classification of information on national security grounds was a ''serious problem'' and damaged democracy.

Mr Abbott had earlier claimed in response to the leak that Australia did not spy for commercial purposes. ''We collect intelligence to save Australian lives, to save the lives of other people, to promote Australian values, to promote the universal decencies of humanity, and to help our friends and neighbours, including Indonesia.''

That's where a poker face comes in. ''It's much more fun to play cards if you can read the other guy's hand,'' he said.

Curiously enough, former BHP chief Marius Kloppers also alluded to the problem of playing cards with an open hand in 2009 when complaining to a US official about commercial espionage in Melbourne - comments revealed by earlier leaks of diplomatic cables.

A speech by ASIO boss David Irvine in 2012 warned that espionage targets now went ''well beyond'' usual foreign affairs, defence and trade to sensitive commercial information, such as patents.

South-east Asian politics specialist Andrew MacIntyre, from the Australian National University, said there was no question that the disclosure of Australia's spying activity was a ''substantial setback'' for government ties with Indonesia.

People working in or around the intelligence sector would not be surprised by the disclosures, Professor MacIntyre said. But he said the leaks came as a shock to the public and it would be very difficult for Australia to win significant new official co-operation out of Indonesia before the April presidential elections - and perhaps beyond.

Indonesia recalled ambassador Nadjib Kesoema from Canberra in November in protest over the spying. He is yet to return.

Professor MacIntyre said Indonesian President Susilo Bambang Yudhoyono was widely seen as an internationalist who was well disposed to Australia. ''It's a pity he should end up, in effect, being poked in the eye with a blunt stick - albeit unintentionally,'' he said.