A Strike Against Abu Sayyaf 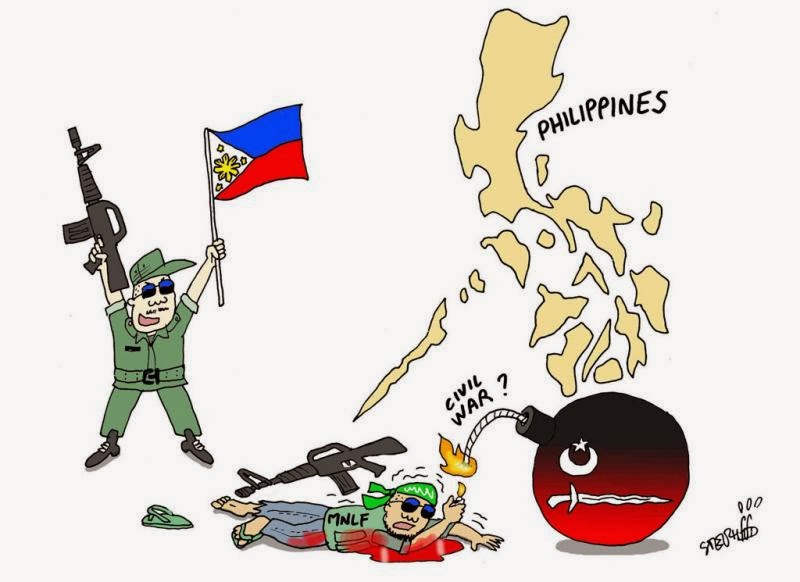 Finally, a criminal enterprise masquerading as a religious movement goes too far

Najar Hajad is known by the nom de guerre Marlboro, the head of a Sulu Archipelago village militia that clashed with radical Abu Sayyaf rebels in what has become major news – a local rebellion against what is increasingly regarded as a criminal enterprise rather than an ethnic or religious movement.

In the past it was unthinkable for local men to fight the extremists, instead sheltering rebels who were their friends, neighbors and relatives in their violent campaign for an Islamic state. But Abu Sayyaf, once linked to the formidable Al Qaeda movement, has been weakened by military campaigns and by their own faulty strategy, turning to banditry against their own people.
Marlboro’s poor village in Talipao got fed up with rebels kidnapping women and children, forcing his militia to seek an alliance with the military. They attacked the rebels’ nest of thatched shacks and a gathering about 100 armed men for a day-long fight in early February. Six rebels were killed and many were wounded.

Part of the change that is coming to the southern Philippines has to do with the popularity of President Benigno S. Aquino III, which the Muslims hope will translate into political will giving them a measure of political autonomy and, they hope, a measure of peace for the first time in 40 years.

For an ordinary Muslim like Marlboro, a 49-year old farmer, a weapon not only provides the range of security for his home and family, it becomes a part of him. A gun is easy to find, he says, having sold two of his cows and a harvest of copra for a single M-16 rifle.

‘We go to Jolo for our needs,’ he added, referring to Sulu’s small but dense capital that can be reached by the public jeepney transport plying its route intermittently.

“Even the police can get them for us in the black market. We ask, they supply” – one of the common ways of the underground business in a land that has seen innumerable cycles of uprisings and other conflicts.

In Marlboro’s village by the coast, the Abu Sayyaf rebels were feared above all others, fundamentalists whose leaders learned their trade from the legendary Al-Qaeda in Pakistan and Afghanistan. And in other Muslim provinces, Abu Sayyaf could easily blend in or join forces with other rebels groups in battle formations against the military, making the so-called rules of engagement a lot more complicated than they already were.

In recent years, however, Abu Sayyaf’s top leaders have been killed in military campaigns aided by the United States, losing their ideological compass – in the words of an army intelligence officer – that practically left them on their own.

‘They were getting out of hand,” exclaimed Marlboro, in between bites of corned beef and loaf bread offered to him.

The Abu Sayyaf, he said, had buffered their village, stifling them from their normal daily life. The rebels had been notorious for kidnapping in exchange for hefty ransoms, getting their hostages from as far as Malaysia and keeping them in lairs in Sulu. But the local kidnappings were the last straw for Marlboro and his neighbors.

Marlboro banded his group into a “Barangay Peace Action Team,” using the Filipino term for a village, under the town mayor of Talipao, a woman taking an active stance in pursuing local governance that has been mostly absent in Muslim Mindanao. To identify themselves, they hoisted the Philippine flags outside their homes – a sight stupefying for a people long left out by the country’s majority.

Overall they struck a partnership with the marine battalion also hedging for peace under a new military strategy ordered by President Aquino, in tandem with the peace agreement that is meant to be one of the hallmarks of his presidency. Such an arrangement, however, is exceptional.
Not all ground command units have a doctrine to go by with a peace strategy. It was a combination of luck, for in the past something of this nature inevitably led to human rights violations. The attack against the Abu Sayyaf had no civilian casualties and it became the talk of the town.

The rebels retaliated by ambushing a marine convoy in the next town on its way to a tree-planting program and then kidnapping a couple of good standing in Jolo as they were returning home. They almost got to Marlboro in a sneak attack that left him wounded in the foot before he escaped and was taken to a hospital.

“With all the money they got from the kidnappings they could do what they want,” he said of Abu Sayyaf. They could live the life of the rich, he gestured with the arc of his arms. They could fly to Manila as if on vacation, wearing a crucifix so they could be taken for Christians to avoid suspicion. They used the money for their own whims, he said, forgetting the common cause of the Muslims.

Marlboro could understand the desire for anonymity in the big city, which he visited for the first time in his life before Christmas last year. It was a world ensconced in many possibilities deprived of his village. It was a memory he relished.

“I liked it so much,” he said with a happy tone, with sparkles in his eyes remembering the bright lights and the carefree walk and the food at the government ceremony for one of the awards he received. “I had no gun with me,” he said, “I didn’t need it.”

Marlboro had not heard about the peace talks, held mostly in Manila, where negotiators and lawmakers will decide his fate and that of others in five provinces (including Sulu) that were already part of a limited autonomous region considered by some as an untenable experiment.
That peace was an abstract thought did not baffle him. He knew nothing of it from the voices in his transistor radio; in all his years of growing up and raising a family of two wives and 16 children, he has known only the game of survival. Asia Sentinel