INDONESIAN Election candidates face annoying but valid pestering
The details of “who dunnit?” in mysterious crimes are lost on most people who do not know a thing about the victims, unless they can be made into major motion pictures.

This view comes across when perusing some of the lengthy comments on recent articles in this newspaper about the Kraras massacres in Timor Leste some 30 years ago. They are very interesting but many readers might give up. Who has recently been to Kraras anyway, a village in the neighboring country that is now independent and squabbling with Australia over oil? 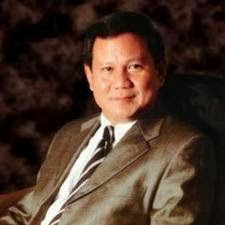 As one reader pointed out, of course the reason for the articles are that they concern Lt. Gen. (ret) Prabowo Subianto, one of the candidates for this year’s presidential election, and a former chief of the special forces who was stationed in then East Timor. He has written his rebuttal on his involvement in Kraras, which invited more responses.

But let us turn to the context at this point in time – the context of why people should be interested, and why people are not, in relation to the previous track records of our presidential candidates.

Obviously as this is a direct election, each eligible citizen shares a degree of responsibility regarding who gets elected as our sixth president. And in Indonesia’s third direct presidential election, and fourth direct legislative election, many know little about the multiple legislative and presidential candidates – and many do not care either.

Prabowo, patron of the Great Indonesia Movement (Gerindra) Party, is among the leading presidential candidates in the spotlight; hence similar scrutiny would be applied to Gen. (ret) Wiranto of the People’s Conscience (Hanura) Party, if his popularity ratings inch closer to Prabowo’s.

Yes, to scrutinize our candidates we have Mbah (Grandpa/Grandma) Google, as many call the search engine. And today we have history books on various topics in an amazing range of versions, without censorship, so voters can easily access information that was previously not available to the public. But many people’s memory banks were shaped in school, when history was a list of events and dates and we had no idea of what was glossed over or omitted all together, or what were outright lies.

Further, what we do not have is habitual accountability, and habitual demands for accountability; and this is why some in the internatonal community are astounded that leading figures with questionable backgrounds, which have not been formally accounted for, have taken the stage again. Lesser figures lay low for awhile, and have had their careers eventually restored.

Thus candidates Prabowo, Wiranto and others in future elections will face persistent pestering from various parties on unresolved questions regarding their past. Formal fora like the courtroom should settle questions of crime once and for all.

When people raise nagging questions again nearing the elections this is upsetting and annoying for the candidates, but not surprising, even as figures like former military commander Wiranto have penned books attempting to explain their version of allegations laid against them, like his ommission of responsibility in the May 1998 riots in Jakarta and a number of other cities. A state-appointed fact-finding team recommended further investigation on the riots that led to over 1,000 dead and dozens raped; yet there was no follow-up, while these days we rarely question who should be held responsible.

The experts on democracy have said we are near perfect in all the procedures like elections, but not in substance. Substance would include common held values like expectations that people do not merely answer to questionable actions that make a mark in a nation’s history through books. But since this is not the case, presidential candidates will continue to benefit from the absence of expectations and obligations to explain their actions, or lack of them. Prabowo has already said he had already served his punishment – being dismissed from the command of the special forces at the peak of his career after testifying before the military’s honorary council on his role in the abduction of activists. Therefore, the explanation that would go down in history on the kidnappings might echo what Prabowo told Tempo magazine, that he was obliged to do it on the orders of his superiors; but none of these superiors, dead or alive, had ever explained the details to the public and the family of those missing to this day.

Thus, we will have a rich list of interesting puzzles for tomorrow’s researchers.

Protests against candidates Wiranto and Prabowo — just because they were among the old military elite running in the presidential race with unanswered questions — have petered out in the face of the apparent needs of a democracy in transition (which is starting to sound like a permanent status). This is due to the need to move on while alternative leaders are few and far; as the need for a strong leader remains; and as uncomfortable questions that will take time and energy to answer must be pushed aside.

And even with an internationally watched trial, figures like former intelligence deputy Muchdi Purwopranjono who was found not guilty for the murder of the activist Munir, would thus have every right to also run for president.

We would just be left with the question of “whodunnit”?

Beyond irritating pestering to the candidates our “democratic” nation has long faced the much deeper danger of apathy. For the sake of moving on, we become accomplices to crimes, said to be necessary operations in the name of stability or whatever. It is totally ridiculous to expect our educated youth to accept such explanations as many of us did in the past.

When future Indonesians ask about so many unexplained killings, attacks on communities, missing children who never returned, we might mumble: “Sorry dear, we don’t know much, we’re not sure who you should ask, there was no time to care, as we were moving on.”

Highly embarassing answers for supposedly wise elders – but if those questions came up at all, at least there’s hope against the threat of apathy.

Ati Nurbaiti, the author, is a staff writer at The Jakarta Post.