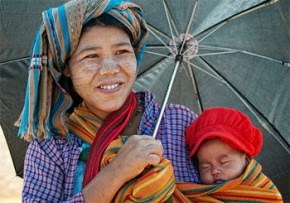 
The nationwide census planned for 30 March to 10 April 2014 risks inflaming tensions at a critical moment in Myanmar’s peace process and democratic transition. The census process should be urgently amended to focus only on key demographic questions, postponing those which are needlessly antagonistic and divisive – on ethnicity, religion, citizenship status – to a more appropriate moment. By doing so, the government, United Nations and donors can demonstrate that they are sensitive to the serious risks presented by the census as currently conceived, and that they are willing to respond to the deep reservations expressed by many important groups in the country.


While the collection of accurate demographic data is crucial for national planning and development – it has been over 30 years since the last census – the coming census, consisting of 41 questions, is overly complicated and fraught with danger. Myanmar is one of the most diverse countries in the region, and ethnicity is a complex, contested and politically sensitive issue, in a context where ethnic communities have long believed that the government manipulates ethnic categories for political purposes. In addition to navigating its political transition from authoritarian military rule to democratic governance, Myanmar is struggling to end decades-old, multiple and overlapping ethnic conflicts in its peripheries. At the same time, recent months have seen an increasingly virulent Burman-Buddhist nationalist movement lead to assaults on Muslim minority communities. A census which risks further increasing these tensions is ill-advised.


There are many flaws in the ethnic classification system being used for the census, which is based on an old and much-criticised list of 135 groups produced in the 1980s. In some cases, this creates too many subdivisions (the small Chin group, for example, is divided into 53 categories, many of them village or clan names, which has no justification on ethno-linguistic grounds). In others, groups are lumped together who have separate ethnic identities (for example, several groups in Shan State such as the Palaung, Lahu and Intha are included as subdivisions of the Shan ethnicity when they are not related in any way ethnically or linguistically). A number of these groups – including ethnic political parties and ethnically based armed organisations – have issued statements highly critical of the census, some demanding a postponement and reclassification based on consultation with ethnic communities.


The classification is related to more than ethnic identity; it will have direct political ramifications. The constitution and election laws provide for a set of ethnically delineated constituencies for those groups that meet a certain population threshold, with representatives being appointed as ministers in local governments. Groups fear that if their communities are subdivided or misclassified, they may be denied that political representation. There is no possibility to report mixed ethnicity, forcing people into a single identity, to the potential disadvantage of some smaller groups.


Religion adds yet another layer of controversy. Rising Burman-Buddhist nationalism in the country – typified by the “969” movement (see our report The Dark Side of Transition: Violence Against Muslims in Myanmar) – projects a fantastical narrative that Myanmar and the majority Buddhist faith are being overrun by Muslims. The census could serve to unwittingly support such sentiment. Currently, it is widely believed that Myanmar’s population is 4 per cent Muslim, a figure reported in the 1983 census. However, there are strong indications that the real figure collected then was over 10 per cent, but that a political decision was taken to publish a more acceptable figure of 4 per cent. The results of the current census could therefore be mistakenly interpreted as providing evidence for a three-fold increase in the Muslim population in the country over the last 30 years, a potentially dangerous call to arms for extremist movements.


Issues of ethnicity, religion and citizenship form a particularly potent mix in Rakhine State, the site of serious recent violence. Many in the Buddhist Rakhine community feel that they are fighting for their ethnic and religious survival in the face of a Rohingya Muslim population that is perceived to be growing rapidly – but which is currently denied citizenship and basic human rights. They claim that many Rohingya are recent illegal immigrants from Bangladesh – a narrative that has been repeated for decades, despite evidence to the contrary. In addition to the tensions that could flare when official figures on the Muslim population in the state become known, some extremist Rakhine political actors undoubtedly fear that the census would establish a baseline Rohingya population that would make it more difficult to sustain the narrative of recent migration in the future. Rakhine politicians are already claiming that additional populations of Bengali Muslims are now infiltrating Rakhine State in order to be included in the census count. These politicians are demanding that they be allowed to form an armed Rakhine militia to prevent such a migration.


Myanmar is at a very sensitive moment in its transition. The peace process with ethnic armed groups is in a delicate phase, with all sides engaged in a concerted effort to bridge gaps and build trust. Elections in late 2015 will likely be the first relatively free and fair polls in a generation and will radically transform the political landscape. The next two years will thus be highly volatile. A poorly timed census that enters into controversial areas of ethnicity and religion in an ill-conceived way will further complicate the situation.


The Department of Population and other officials are to be commended for their tireless efforts over the last two years to make all the technical and administrative preparations for this enormous exercise. However, the plans have proceeded with apparently little concern at the political level – by government, the United Nations and donors – over the potential risks. For a country that has no recent experience of conducting a census, comparative lessons from other transitional and conflict-affected contexts could have informed Myanmar’s efforts and helped to significantly mitigate the risks.


There is still time to adjust the process by limiting the census to just the key demographic questions on age, sex and marital status – that is, the first six questions on the census form. This will provide the most important data without touching at this stage on the controversial issues of identity and citizenship. The limited technical complication of adjusting the process pales into insignificance when placed against the much larger risk – to the very fabric of Myanmar society at this delicate stage in the country’s transition – of proceeding with the current, ill-thought-out process.