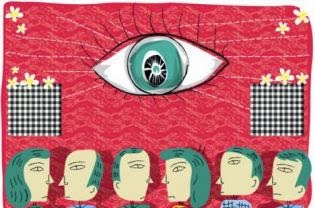 We haven’t heard much about Indonesia’s ‘concentric circles’ foreign policy lately, a concept that gained currency when Mochtar Kusumaatmadja served as Indonesian foreign minister from 1978 to 1988 and continued to be popular until the end of the New Order

The idea was that instead of pursuing a globalist foreign policy as President Sukarno had done when he tried to position Indonesia as a leading light among the ‘new emerging forces’ confronting colonialism and imperialism, President Suharto would pursue more modest foreign policy goals centred on Indonesia’s needs for security, stability and economic development.

Indonesia’s foreign policy priorities would be based on geographic proximity, with the inner circle encompassing ASEAN (seen as the cornerstone of Indonesian foreign policy), the second circle comprising major neighbouring countries in East Asia, the third circle the wider Asia Pacific region, with the outer perimeters being of diminishing importance. Thus the Asia Pacific was the focus of Indonesia’s foreign policy interests and strategic priorities throughout most of Suharto’s New Order period, while relations with countries and regions beyond were selective, on the basis of what they could offer Indonesia economically.

Since then new buzz words have emerged in Indonesia’s foreign policy practice, though the adherence to the ‘free and active’ foreign policy doctrine, introduced in 1948 as a means for Indonesia to strike an independent path in the face of the bipolar rivalry, has been reiterated from time to time.

Under the brief presidency of Abdurrahman Wahid (Gus Dur), between 1999 and 2001, then-foreign minister Alwi Shihab, a professor of comparative religions, stated that Indonesia would follow an ‘ecumenical’ foreign policy with a strong trend towards globalism. This was reinforced by Gus Dur’s penchant for overseas travel — in the spirit of ecumenism he made a point of visiting countries at odds with each other, such as Cuba immediately after visiting the United States. After Gus Dur left office the concept of ecumenical foreign policy also went out of fashion.

In recent years President Susilo Bambang Yudhoyono (SBY) has asserted that Indonesia’s foreign policy is based on ‘thousands of friends [later a million] and zero enemies’. And foreign minister Marty Natalegawa has popularised the so-called doctrine of ‘dynamic equilibrium’. Unlike in a more traditional adversarial ‘balance of power’ concept, a ‘dynamic equilibrium’ seeks to involve all the major relevant powers within a more cooperative framework as a basis for the development of an inclusive regional architecture.

In truth, despite the seemingly major changes in priorities and styles, there are also basic elements of continuity that mark Indonesia’s foreign policy, besides the emphatic adherence to the ‘free and active’ principle. Indonesian foreign policy under SBY has combined key elements from the earlier years, and nowhere are these more discernible than in the Asia Pacific region.
From the Sukarno era Indonesia inherits a strong sense of idealism and a missionary outlook that seeks to manage if not transform its strategic environment, projecting self-confidence even when lacking the means to carry out its policies effectively.

Evidently, the emphasis in Indonesian regional policy has moved away fromthe confrontational character of the Sukarno years and has been replaced by close cooperation with neighbouring countries to the extent of forming a regional community.

Still, the desire to promote norms and values that would allow Indonesia and other similarly situated countries in the region the autonomy to be their own masters, instead of merely followers of more powerful states, has remained strong. By itself and through ASEAN as the cornerstone of its foreign policy, Indonesia has consistently tried to carve a bigger role in designing and shaping the regional order, at least within the inner concentric circles.

Despite the current strong emphasis on good neighbourly relations and economic pragmatism (a legacy of the New Order, discussed below), the strong nationalism and jingoism of the Sukarno period still flares up occasionally. Nationalistic passion is naturally aroused when a foreign country is seen to be slighting Indonesia’s national pride — something that happens with rather regular frequency with Indonesia’s closest neighbours and regional partners, Australia and Malaysia. Nevertheless, while calls for ‘konfrontasi’ can still be heard when bilateral tensions flare up — as with recent revelations that Australian spies tapped the phones of President Yudhoyono, the first lady and several other cabinet members in 2009 — pragmatism has mostly acted as a brake.

A strong dose of pragmatism, utilitarianism and desire for a safe neighbourhood in Indonesian foreign policy — compelled by expectations that foreign policy initiatives bring concrete benefits to the wider public beyond international prestige — remains a legacy of Suharto’s New Order period.

The dominant themes of the New Order’s foreign policy have undoubtedly continued to colour Indonesia’s regional and international outreach, though new themes have also emerged, such as the promotion of Indonesia’s soft power assets as the world’s third-largest democracy and the largest majority Muslim nation.

Although it is no longer explicitly stated, Indonesia has in fact continued its concentric circles foreign policy approach with much national time and energy devoted to the realisation of the ASEAN Community by 2015. Beyond ASEAN, priority has been given to relations within the ASEAN+3 (China, Japan and South Korea), the East Asia Summit and APEC. Within these circles it is important to note that, as in the earlier period, concerns for security based on relationships with immediate neighbours predominates; for countries in the outer circles, Indonesia’s emphasis is more on securing and safeguarding economic interests. Also demonstrating where Indonesia’s foreign policy priorities lie is the fact that almost all of the strategic and comprehensive partnerships that Indonesia has entered into are with Asia Pacific countries, though in the past few years Jakarta has also become more active on the global stage.

With the end of the Cold War and the onset of a more pluralistic democracy in Indonesia, it is important to acknowledge that the brief Gus Dur interregnum has also left an indelible mark of ‘ecumenical’ foreign policy as Jakarta now sets out to befriend everyone (at least normatively) and play the role of a ‘unifier’. This stands in contrast to the ideologically driven aspects of Sukarno’s and Suharto’s foreign policies (the former vehemently anti-colonialism and -imperialism — read the West — and the latter virulently anti-communist).

In the current multipolar world order Indonesia can exercise its ‘free and active’ foreign policy with much greater flexiblity than during the Cold War — though risks of great power conflicts still exist, particularly in the Asia Pacific where US and Chinese interests contend. Espousing the concept of a dynamic equilibrium — and inviting all the relevant great powers into the East Asia Summit, where no one power dominates — Jakarta is indeed trying to be a champion of foreign policy ecumenism in the region.

Dewi Fortuna Anwar is Deputy Secretary for Political Affairs to the Vice President of the Republic of Indonesia and Research Professor at the Indonesian Institute of Sciences (LIPI).
This article appeared in the most recent edition of the East Asia Forum Quarterly,‘Indonesia’s choices’.