The Bali Package: An End To the North-South Divide? 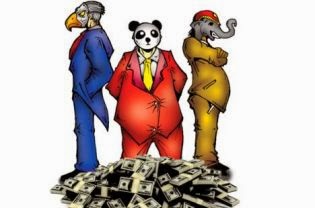 Hailed as a success, the Bali package seems somewhat short of a win-win for North and South

“The ear of the leader must ring with the voices of the people.” With those famous words, U.S. President Woodrow Wilson explained that a core role of a leader is to voice the concerns of his or her people. Prior to the Bali negotiations, the world’s multilateral trading regime was foundering on bitter discord among the member states, which had placed the legitimacy of the World Trade Organization (WTO) as an effective international organization under doubt. WTO Director-General Roberto Azevêdo has said the key to the successful outcome of the Bali Conference was “political will.” He observed that member states rose above their ideological differences to promote the greater cause of free trade and stood true to the postwar ideals upon which the General Agreement on Tariffs and Trade and later the WTO have stood.

The conference saw intense and tedious rounds of negotiation on many issues, ranging from agricultural subsidies to trade facilitation reforms. Azevêdo is certainly correct: political will brought those negotiations to a successful conclusion. But has this actually bridged the ideological differences that exist among different trading blocs? Are we seeing an erosion of the traditional North-South divide?

In fact, it is quite easy to argue that ideological differences remain and will not erode in the near future. India’s consistent opposition to the Trans-Pacific Partnership (TPP) is evidence of this. The TPP is essentially a U.S.-driven strategic manoeuver to consolidate its economic presence in Asia. India has shown reluctance in the past at the WTO, on issues inter alia relating to free foreign bidding for Indian government contracts, an innovator-friendly patent regime and unregulated rights for foreign investors. However, this reluctance has a strong socioeconomic basis for a developing country like India, which has championed the movement on access to affordable medicines. One of the core features of the TPP is to create stronger intellectual property protection and a liberal patent regime in Asia, thereby maximizing profits for pharmaceutical companies. As a leading manufacturer of generic drugs and with a large population needing access to medicines, it is not surprising that India opposes such an agreement. It is clear that differences in perspectives on trade between developed and developing countries will not yield easily to the success of the Bali Conference.

The trade facilitation agreement aspires to cut non-tariff barriers, thereby increasing global trade volumes – by one trillion dollars, based on current estimates. What is interesting, however, is that the agreement will create a severe imbalance between the respective abilities of developed countries and LDCs to achieve universal development goals. To execute the obligations under the agreement, LDCs would have to develop new regulations, hire human resources, and allocate significant resources to building new infrastructure. Although the agreement states that “Least developed country Members will only be required to undertake commitments to the extent consistent with their individual development, financial and trade needs or their administrative and institutional capabilities,” it fails to appreciate that the LDCs stand to lose out on the gains from such reforms if they adhere to this clause. For example, there are 16 landlocked countries in Africa. A study by the African Development Bank reveals that the average customs transaction involves 20 to 30 steps, 40 documents, and 200 data elements. As a result, these cumbersome procedures account for 14 per cent of the trade costs in these landlocked countries. Implementing the trade facilitation reforms in their totality would give a substantial boost to intra-African trade. However, limiting the level of commitment for LDCs will result in only marginal gains for these countries.

This means that to maximize their gains, the LDCs will not only need substantial technical support but also financial assistance. Yet the agreement falls short of recognizing this, giving WTO member states the option to either provide technical, financial or any other mutually agreed forms of assistance rather than creating a specific obligation. As a result, LDCs may have to reallocate budgets and compromise on other development goals. It remains to be seen whether the gains from the trade facilitation reforms will be able to offset these compromises and to what extent the developed states will support the LDCs financially. However, it is evident that the immediate beneficiaries of the agreement are large multinational companies, and by extension developed states.

Further on the issue of providing duty-free, quota-free access to products from LDCs, developed countries have steered clear of making any absolute commitment. The language of the Ministerial Decision merely obligates developed countries to “seek to improve their existing duty-free and quota-free coverage… so as to provide increasingly greater market access to LDCs.” That leaves the Bali package somewhat short of a win-win deal for North and South.

Nevertheless, the Bali Conference has restored some faith in the multilateral trading regime and there are many positives for developing countries that have come out of the package. Azevêdo has observed that Bali is just the start and that the road towards realizing the Doha Development Agenda is long. Nations will not compromise on their national interests, but Bali has shown that there is scope for contradicting trading interests to converge. For the leaders of developing countries, it will be worth remembering at future negotiating tables that their ears must ring with the voices of their people. By Rachit Ranjan The author is currently working at the WTO.