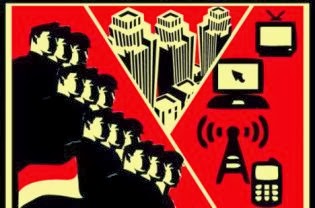 Five years after the 2008 global financial crisis, the world economy is still operating well below capacity, largely because of serious policy mistakes in ‘advanced’ economies. Extraordinarily loose monetary policy has not been enough to counter the perverse fiscal austerity forced on the Eurozone by Germany and on the United States by the Tea Party. This combination of macroeconomic policy settings is not only inefficient — it is also unsustainable. The resulting uncertainty is delaying new investment despite very low interest rates, which in turn is causing high unemployment and long-term social costs. The potential GDP of the United States is already 7 per cent below its pre-crisis trajectory.

A significant boost to effective demand is needed to revive the global economy’s momentum. To be big enough, any new stimulus needs to be coordinated — no economy can do enough alone. And to be affordable, the stimulus needs to raise productivity. The G20 can coordinate a multilateral initiative to accelerate investment, steering more of the world’s savings to finance some of the vast unmet demand for productive economic infrastructure.

The OECD estimates the demand for infrastructure with sound potential economic returns to be US$50 trillion for the next two decades. The Asian Development Bank estimates that emerging economies in Asia should invest US$8 trillion by 2020 to sustain their growth. Global savings are accumulating at a rate that is more than enough to meet this demand. Most governments have some fiscal policy space to invest in bankable economic infrastructure projects and they can use it to stimulate a gradually larger flow of private investment.

Boosting investment in productive infrastructure can inject urgently needed effective demand into the global economy, raise confidence in recovery and add to long-term potential for growth. In a world of international production networks and low border barriers to most of the products that move along these supply chains, coordinated funding for transport and communications infrastructure is also the most efficient way to reduce the costs of international commerce among economies.

This is why Indonesia is determined to seize the global infrastructure opportunity through G20 leadership.

In 2011, Indonesia proposed that infrastructure investment be the new focus for the G20’s Framework for Strong, Sustainable and Balanced Growth. The goal is to reduce global imbalances and lift growth by redirecting excess savings, especially in Asia, to finance infrastructure investment in both developing and advanced economies instead of flowing as portfolio investments to advanced economies to finance debts. It also proposed a framework to develop a pipeline of projects which focused on the assessment of country-level capacities to deliver and implement bankable projects. Lastly, Indonesia proposed that the G20 explore innovative ways to channel global savings into productive economic infrastructure, to find new sources of financing and new mechanisms to diversify investment risks.

In recent years Indonesia has progressed in building institutions to help infrastructure development. These include presidential regulations to strengthen government guarantee and finance for infrastructure as structural reform priorities, and the creation of the Indonesia Infrastructure Guarantee Fund, Viability Gap Fund, Land Fund, and Indonesia Infrastructure Guarantee Fund Institute, although some of these are still not yet completed or fully operating.
Australia has made infrastructure development the top priority for its year as the G20 host, but it remains to be seen whether international cooperation can go beyond enthusiastic statements about the global infrastructure opportunity and potentially endless studies. It will never be possible to remove all constraints on all investments in all places: in reality, all infrastructure projects will come up against unexpected problems. If investment in economic infrastructure is to accelerate significantly, some governments will need to show how problems implementing some significantinfrastructure initiatives can be overcome. Then others can learn from these examples.
ASEAN governments are playing their part through investments to create the ASEAN Economic Community. In October 2013 APEC leaders committed themselves to creating a comprehensively connected Asia Pacific region that will lead to significant investments in the software and hardware needed to enhance physical, institutional and people-to-people connectivity. Under Indonesia’s APEC chairmanship, a Public–Private Partnership (PPP) Centre (under Indonesia’s Ministry of Finance) was established as a pilot project for centres throughout the region, to be overseen by an APEC PPP Expert Advisory Panel.

China’s recent initiative to establish the Asian Infrastructure Investment Bank (AIIB is a potential game-changer. Indonesia has welcomed this initiative and stated its intention to participate in the new development bank. The AIIB can be expected to accelerate investment in economic infrastructure to boost Asia’s productivity. Not simply by offering a new potential source of money (financing is not the binding constraint on improving economic infrastructure) but by being decisive and clear about what is needed to get projects off the ground. There are many good opportunities for economically viable investment to improve connections among Asian economies. These include coordinating an Asia Pacific effort to upgrade the efficiency of major ports and airports to bring their performance closer to best practice, and taking advantage of Myanmar’s recent decision to engage with the international economy to build high-capacity transport and communications links between East Asia and South Asia.

If ASEAN and APEC governments work with the new AIIB, they can seize these opportunities, drawing in substantial private investment along the way.

Existing development banks can, and should, do much more to steer savings towards infrastructure. At present, the commercial arms of multilateral development banks are net borrowers from developing economies, so it is not surprising that China has decided to create a new bank. All multilateral development banks now have a new strong incentive to look for ways to expand their capital base and expertise. They can also speed up their efforts and update their practices to leverage investment from institutional investors, and others, by co-financing and/or underwriting projects in innovative ways.

If Indonesia, and perhaps Asia Pacific and some other G20 governments, make early decisions to be stakeholders in the new AIIB, the stage will be set for cooperation between, as well as healthy competition among, all development banks. This could help to rekindle global economic recovery by filling some of the yawning gaps in global economic infrastructure.