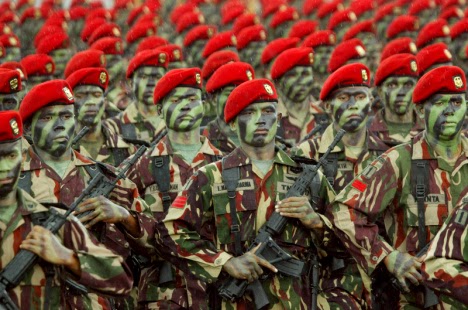 Indonesia is growing at 6 percent, has rejoined the ranks of investment-grade nations, and after decades under the corrupt and repressive Suharto, has reaffirmed its place as the world’s third-largest democracy. Yet somehow enough Indonesians remember the Suharto years fondly that his Golkar Party has hopes of regaining power in upcoming elections

Golkar isn’t alone in trying to exploit nostalgia for past strongmen (and -women). India’s Congress Party is trying to squeeze any remaining good feelings about the Nehru-Gandhi period (from 1947 to about 1989) to elevate lackluster heir apparent Rahul Gandhi. Even as China’s Xi Jinping pushes ahead with market reforms, he continues to pay homage to Communist icon Mao Zedong(1949-1976). Thais are destroying their economy rather than cut off support for tycoon Thaksin Shinawatra (2001-2006) and his sister Yingluck. Many Malaysians wax sentimental about the boom days of Mahathir Mohamad (1981-2003). Japanese are indulging Shinzo Abe’s dangerous stroll down memory lane.

What gives with nostalgianomics? The yearning for yesteryear speaks to our disorienting times and a dearth of visionary leadership when it’s most needed. This is an upside-down era when the unthinkable has a way of becoming reality: The US is a developing nation again; Europe is hitting up “poor” China to bail out its debt markets; central banks have gone Islamic with zero-interest rates everywhere; the free trade that once raised living standards now foments poverty. Many simply want to get off this crazy ride.

That’s a problem in a dynamic global economy that is constantly reinventing itself. It’s natural to pine for a less-frenzied existence, but looking to the past for policy solutions courts economic decline. Unless nations reinvent themselves and plan ahead now, they’ll get left behind.

Across Asia, there are too many examples of populations still fixated on worldviews that no longer exist. The forces of globalization won’t slow down as nations reminisce. Neither will the biggest migration flows in history, the dizzying pace of change in technology, the need to compete with neighbors as much as cooperate, nor the deadly effects of climate change. These are simply the conditions of our new world.

Amid such upheaval, those at the helm must lead their people forward. They must innovate constantly, promote dialogue about how best to exploit global developments, and manage plural societies. When their citizens start looking to the past for inspiration, today’s leaders must take the hint and do better.

Nostalgianomics is related to the cult of gross domestic product that started with Japan. Its swift rise from the ashes of World War II set the bar high for leaders from South Korea to Indonesia. Fond memories of a Japan-like post-war boom under Park Chung Hee (1961-1979) helped propel daughter Park Geun Hye into the Korean presidency. Japanese long for a return to their boom years so much that they’re willing to turn a blind eye to Prime Minister Abe’s nationalistic ways and retrograde foreign policy. 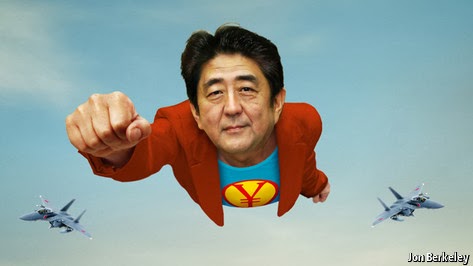 The Mahathir schmaltz pervading Malaysia recalls the days when GDP there, too, soared. But the insular and jury-rigged system of affirmative action, national champions and fat subsidies over which Mahathir presided now holds the economy back. The Malaysian leader also had a tendency to embarrass his nation on the international stage with his nutty anti-Semitic tirades. Malaysians must find fresh inspiration by looking forward, not back to 1990.

The same holds true across the region. As Singaporeans try to balance the open immigration flows that drive growth with rising social tensions and inequality, they won’t find answers by harking back to the heady days of Lee Kuan Yew (1959-1990). They need to identify and empower a new generation of progressive leaders.

No one really worries about a revival of Mao’s disastrous economic policies in China. But not until Beijing stops pretending that the Great Helmsman remains a guiding inspiration — and removes his portrait from the Tiananmen gate in central Beijing — will it enjoy the global legitimacy it craves.

Abe’s wistfulness about a time when Japan was a military powerhouse, its pacifist constitution wasn’t an American creation, and war crimes of past leaders didn’t anger neighbors or implicate his grandfather is proving especially dangerous. At some point Japanese are going to have to ask themselves how much more leeway they’re willing to grant their prime minister in the hopes that he can revive growth — something that remains in doubt.

Asia is hardly alone, of course. In the US, the slow recovery under President Barack Obama has some looking back fondly to the wreckage that was the George W. Bush years. Europe’s many crises and waning competitiveness have voters in Barcelona and Milan missing the pre-euro days. And how else do you explain Vladimir Putin’s lasting presence in in Russia?

Musing over the past helps humankind avoid repeating its mistakes. But looking at yesteryear with rose-tinted glasses encourages policies and styles of leadership that are no longer relevant in a fast-changing Asia. The more voters yearn to go back, the more they may suffer in the future.
William Pesek is a Bloomberg View columnist.