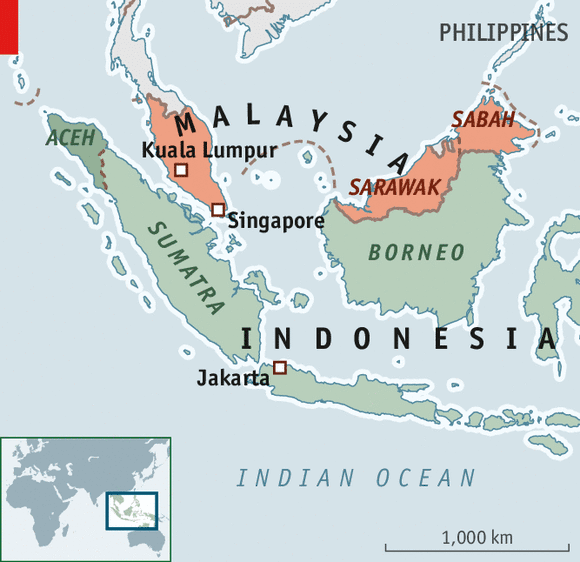 Politics, as much as faith, is behind a harder line

ACEH, at the far west of the Indonesian archipelago, is proud of its reputation for piety. In 2001 it became the only province in Indonesia authorised to introduce sharia Islamic law as part of “special autonomy” aimed at ending a long-running separatist war. The provincial parliament passed laws against drinking, gambling and “seclusion”—being alone with someone from the other sex. An Islamic police force modelled on Iran’s “vice and virtue” patrols started to round up women for not covering their heads or for wearing trousers that were too tight. The first public caning took place in 2005. Now Aceh has taken another controversial step, by telling everyone to follow sharia—Muslim and non-Muslim alike. 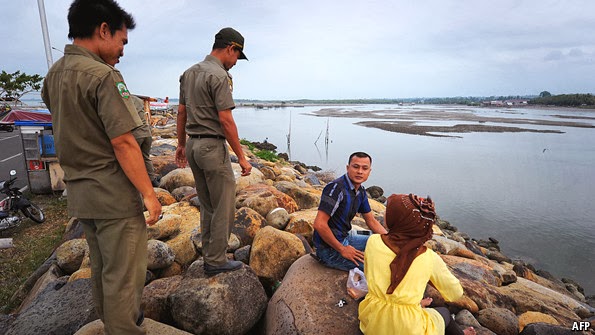 This all follows from a criminal code which Aceh’s outgoing parliament passed back in 2009, increasing the number of offences under sharia and introducing much stiffer penalties, such as death by stoning for adulterers. Aceh’s then governor, Irwandi Yusuf, refused to sign the code. But in December the present governor, Zaini Abdullah, signed into law a revised version. This month the local authorities sent it to Jakarta, the capital, for approval. Although legislators watered down the original code—dropping the death-by-stoning penalty, for example—they insist it must be followed by everyone in Aceh, regardless of religion. Non-Muslims who are charged with offences not criminalised by national laws will be tried by sharia courts.

Aceh is a far cry from, say, the Taliban’s brutish former rule in Afghanistan. Amnesty International counted at least 45 canings in 2012—still relatively few in a province of 5m. And those flogged in Aceh are fully clothed, providing them with some protection. But the province is enforcing sharia more strictly as religious conservatives become more powerful, says Andreas Harsono of Human Rights Watch. Meanwhile, town mayors and district chiefs are passing more sharia by-laws, which often discriminate against women. Religious minorities face growing persecution, too.

Forcing Christians and followers of other non-Muslim faiths to abide by sharia seems to fly in the face of Islamic teachings. Even the secretary-general of Aceh’s own clerics association, Faisal Ali, says it shows that legislators have a poor understanding of Islam. Moreover, the code seems at odds with Indonesia’s constitutionally enshrined precept of “unity in diversity”. The 1945 constitution guarantees freedom of religion for six officially recognised faiths. The home ministry in Jakarta has 60 days to accept or reject the code.

Politics as much as religious conviction plays its part. Indonesia holds a parliamentary election in April and a presidential one in July. The five-year term of Aceh’s own parliament also ends this year. Mr Abdullah and local legislators may hope to consolidate their positions by presenting themselves as pious Muslims standing up to Jakarta, the old adversary in Aceh’s 29-year separatist struggle which ended in 2005. It would not be the first time that politicians have exploited religion for their own worldly ends.