The Dragon and the Sleeping Crocodile – China and Timor-Leste 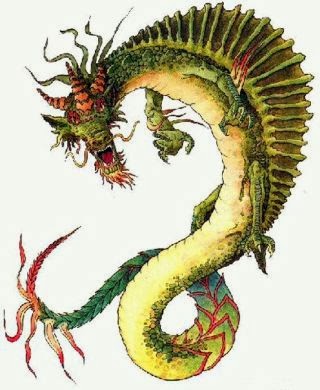 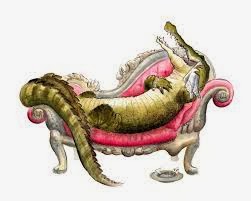 Contact between Chinese and Timorese dates back to the early 15th century when the ships of the legendary Chinese explorer Admiral Zheng He arrived on the island in search of the famed sandalwood highly valued in Ming China for incense and medicinal purposes. The first ever known maps of the island are believed to be from 1412 by Ming dynasty cartographers. In the late 19th century several thousand Chinese began to settle in the then Portuguese-controlled Timor. By the early 1970s the Chinese population in Timor-Leste had reached 45,000, accounting for 2.5 percent of the population. The Chinese Timorese assumed a prominent role in the territory’s economy, dominating the retail and agricultural trade

The Chinese population was particularly targeted by the Indonesian military following Indonesia’s invasion of Timor-Leste in December 1975. During the country’s 24 years of struggle for independence, the Chinese Timorese, many of whom had become wealthy businessmen in Australia and Asia after fleeing their country, contributed generously to the cause of independence. After the 1999 United Nations intervention that led to the independence of Timor two years later, the Chinese community responded to the young state’s appeal and returned in large numbers. Indeed, the largest private investor in Timor-Leste is the Chinese Timorese Gape family. They invested in construction, shopping centres and the retail sector, creating thousands of jobs.

The People’s Republic of China was the first country to recognise the independence of the newly created Democratic Republic of Timor-Leste in May 2002. In the 1970s China was a strong supporter of Timorese independence, providing both diplomatic and financial support. Since 2002 China has given significant assistance to the new nation, donating badly needed infrastructure such as the buildings for the Presidential Palace, the Ministry of Foreign Affairs, the Defence Force Headquarters, the Secretariat of Defence and 100 houses for military officers.
Chinese companies have also won some lucrative contracts in Timor, such as the US$ 430 million contract to build two power plants and a US$ 30 million contract to supply two naval patrol boats to the Timorese military. Several Timorese students have graduated from Chinese universities. As of November 2013, 32 Timorese students were attending Chinese universities, including PhD students.

The Chinese government has also organised short courses for public servants, ranging from two weeks to three months. In 2013 more than 600 Timorese public servants attended such courses. Since 2003 an estimated 1,236 Timorese have studied in China – a significant number in light of Timor’s small population of one million.

Bilateral trade reached US$ 43 million in 2013 and has been growing at an average rate of 30 percent for the past five years. China is currently Timor-Leste’s fourth largest trading partner. In November 2013 the Chinese government announced an increase of 20 percent on its aid to Timor from 83 million yuan to 100 million yuan a year. Since Timor’s independence, China has sent large medical teams and agricultural experts to assist the country’s struggling health and agricultural sectors. An estimated 2,000 Chinese citizens reside in Timor, although the number could be much higher. The Chinese are mainly small-scale businessmen, often finding themselves the only ones willing to go to the most remote villages on the mountainous island where the quality of the roads would challenge the most hardened explorers.

These Chinese traders bring consumer goods to populations settling in these areas and some even marry local women. The Chinese quickly learn the local lingua franca, Tetun, which facilitates their economic activities. Chinese traders have also forced the greedier and prouder of the local and foreign traders to reduce their prices, thereby benefitting the general population. Affordable Chinese cars and motorcycles have enabled large numbers of Timorese to own their own mode of transportation. This is a particularly welcome development in a country where a significant proportion of people’s income goes to pay for the micrulet – the privately operated and packed minibuses that make up for the country’s lack of public transport.

Timor remains highly dependent on imports from Indonesia, which supplies about 95 percent of the consumer goods sold locally. Indonesia traders benefit greatly from the commerce, as they buy from China and then sell to Timor at a profit that could be as much as ten times what they pay to Chinese exporters.

If Timor-Leste can strengthen ties between local businessmen and Chinese suppliers, the price of commodities to Timorese consumers will decrease significantly. Some Timorese companies have begun buying directly from China. In October 2013, a Timorese company purchased $300,000 worth of solar panels, after visiting factories producing such items in Hubei. More such sales are expected.

Some Chinese companies have expressed interest in investing in Timor. Timorese construction companies have also begun considering buying building materials and machinery from China. A Timorese businessman said during a visit to Beijing, “ If I buy cob houses directly from China, it’s eight times cheaper than buying them from Indonesia which is buying them from China anyway. We must stop being lazy and be more clever.”

Closer links between private businesses from both sides maybe the solution for Timor to address the current sluggish Sino-Timorese ties.

In Timor more than 80 percent of the labour force involved in Chinese projects is made up of Timorese workers, making Chinese projects an important factor in tackling the high levels of unemployment on the island. The Chinese are usually found occupying the more technical and risky positions on such projects. During the erection of hundreds of electric towers for the national power grid, for example, three Chinese workers died from work-related accidents whilst not a single Timorese labourer suffered any serious injury.

As noted by Vicky Tchong, the Timorese Ambassador to Beijing: “We can get almost anything we want from China; all we need to do is to ask.”

Timor-Leste has yet to fully reap the benefits from the incredible opportunities that China offers. In November 2010, for instance, during the Macao Forum meeting, former Timorese President Ramos Horta requested a $3 billion loan for Timor-Leste from Premier Wen Jabao for several projects, including infrastructure. A week after the meeting a delegation from China’s Import Export Bank visited the island’s capital, Dili, to negotiate the terms of the agreement. However, a deal has yet to be made.

Several Lusophone countries have received significant loans from China on very generous terms. Angola received $15 billion and Cape Verde – a much smaller country than Timor – received over $100 million. Even Portugal, a modern Western democracy, has received substantial Chinese investment. In Angola, Mozambique and Cape Verde, Chinese loans have allowed for massive expansion of infrastructure, including the building of roads, railways, ports, dams, bridges, public housing, and numerous other projects. Thanks in large part to Chinese financial and technical assistance, in the past decade these countries have made great progress in improving their infrastructure – a crucial prerequisite for future development.

Timor could benefit from Chinese help as well, to improve areas such as transport links. For instance, it takes two and half hours to drive from Dili to Baucau, a mere 122 kilometres away.
One area where bilateral cooperation could be improved is in the reciprocal granting of travel visas. For over a year Beijing has been awaiting a response from the Timorese side to sign a mutual visa exception agreement.

In late June, to his merit, Prime Minister Xanana Gusmao recognised the management inefficiency in his government and promised serious reforms. Perhaps if these reforms are implemented Timor–Leste could finally begin to take full advantage of its ties with the rising dragon. (Loro Horta/macauhub)

Loro Horta is a consultant with the United Nations Regional Centre for Preventive Diplomacy for Central Asia. He was an advisor to Timor-Leste’s Ministry of Foreign Affairs and the United Nations’ national project manager for the security-sector reform in Timor-Leste. He is a graduate of the People’s Liberation Army National Defence University and the Chinese Ministry of Commerce Central School.