The Westerners Who Love North Korea 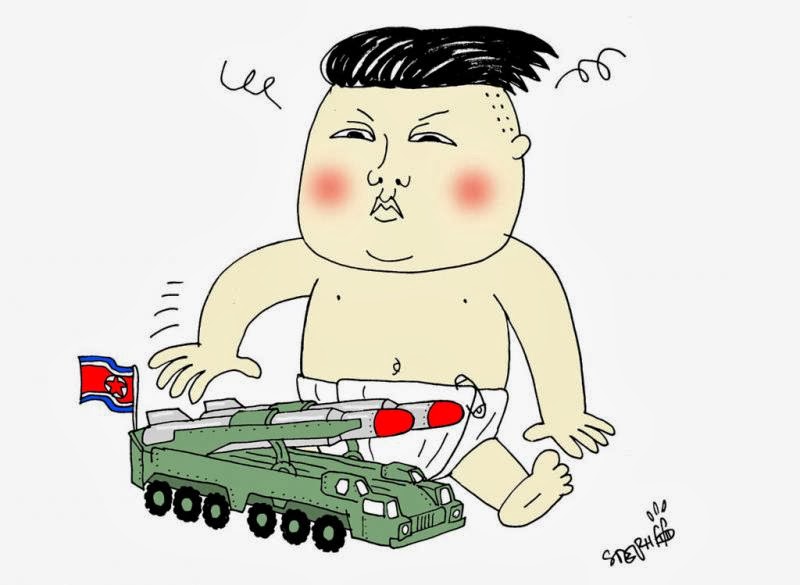 It’s not just Dennis Rodman. North Korea has supporters across the world

Former NBA star Dennis Rodman may be portrayed as an oddball for his unexpected friendship with North Korea’s dictator Kim Jong-Un. But he is far from the only Westerner with affection for the isolated Communist country and its political system.

All across the world, friendship associations and political lobby groups stand up for the Kim regime and its domestic and international actions. Despite being branded “naive” and “untrustworthy” by academics, the pro-North Korea groups are said to attract new members every day.

The Stockholm-based Swedish-Korean Friendship Association, a 300-strong organization founded in 1969, states that it “denounce[s] US imperialism and wholeheartedly support the Korean people’s struggle for independence and national reunification.”

Chairman Christer Lundgren joined the organization in 1975 as a reaction to reports of war crimes committed by U.S. armed forces in Korea and Vietnam. He argues that the Americans are to blame for the current turmoil in the region.

“The basics of the conflict is that the Americans are running the politics in South Korea with the aim to take military and political control of the entire Korean peninsula,” he tells The Diplomat in an interview. “The North, on the other side, has managed to maintain its independence. Our ambition is to support the North’s struggle for national freedom and peaceful reunification.”
The politically independent association regularly gathers for study meetings, conferences, rallies and exhibitions. It organizes workshops and trips to North Korea. A magazine has been published every quarter for 39 years running.

In 1983, Lundgren visited the Democratic People’s Republic of Korea – North Korea – for the first time as a journalist, meeting in Pyongyang with Kim Il-Sung. Since then, he has been to the country five times, and has taken part in mass meetings with both Kim Jong-Il and Kim Jong-Un.
“Over the years I’ve been visiting the DPRK, there has been a tremendous progress in standard of living,” he says. “You clearly see a rapid development with residential buildings, mobile phones, etc. Food security is much better and industry is on the rise. It’s very encouraging.”

Also, the high profile visits by Google’s Executive Chairman Eric Schmidt and Denis Rodman are a positive sign that the Kim regime is reaching out to the world, he says. The fact that U.S. news agency the Associated Press opened a bureau in Pyongyang and tourists and businessmen are flowing into the country are indications of the country’s development, he explains.

The negative image of North Korea portrayed in Western media, especially American and South Korean, is for the most part based on lies, exaggerations and misunderstandings, Lundgren argues.

“What you read in Western media is American war propaganda,” he says. “They try to ridicule the Korean society and undermine all possibilities of the DPRK to normalize the situation. The image is characterized by a colonial thinking, and hidden political motives.”

The Swedish group is just one of several associations across the world supporting North Korea.
The biggest group is the Korean Friendship Association, KFA, with some 15,000 members worldwide and official delegates in 38 countries, according to its website. Compared to other friendship-groups, the KFA is more radical.

Mikel Vivanko, head of the Spanish group, says North Korea’s socialistic model is “working very well” and claims that the country’s gross domestic product is enjoying a staggering growth rate of 15 percent, something he says can be seen in the people’s improved daily life.

The U.K.’s representative, Dermot Hudson, who’s been to North Korea nine times since 1992, tells The Diplomat that the Western media’s reporting on North Korea is “completely surreal” and only focuses on negative news.

He recalls an event in April 2002, walking along a street in North Korea with his guide. “There were children eating ice creams and people doing karaoke on street corners. Then I remembered reading in British newspapers and the Internet that everyone in the DPRK was meant to be starving! What a lie. I told my guide and she tutted, ‘Ah, the problem of the Westerners’.”

He says that new members join the friendship association every day.

Study groups dedicated to Juche ideas – a form of political religion based on Kim Il-Sung’s ideologies – are also attracting followers internationally, especially in the developing world.
Most people, however, are somewhat less supportive of the North Korean regime. In a report released this month, the United Nations said North Korea had committed wide-ranging crimes against humanity to sustain its political system.

Crimes included “extermination, murder, enslavement, torture, imprisonment, rape, forced abortions and other sexual violence, persecution on political, religious, racial and gender grounds, forcible transfer of persons, enforced disappearance of persons and the inhumane act of knowingly causing prolonged starvation.” The report also noted “a systematic and widespread attack against all populations that are considered to pose a threat to the political system and leadership.”

According to Hudson, the report is untrustworthy and biased with the aim to “slander and defame the socialist system of the DPRK.” He also accuses the North Korean defectors interviewed in the report, who are giving testimony about hellish conditions in labor camps, of being South Korean fakes.

“At the end of the day the UN is a marionette, a plaything of the U.S. imperialists,” Hudson says. “I think that to some extent it is true to say that the UN represents the 1 percent not the 99 percent.”

On February 17, leftwing lawmaker Lee Seok-ki was sentenced to 12 years in prison by a South Korean court for plotting an armed rebellion in support of North Korea. Lee called the trial a “witch hunt.”

Lundgren says both the North and South would be better off if the U.S. stopped its military threats and attempts to dominate the Korean peninsula.

Dr. Brian Bridges, a Hong Kong-based North Korea expert who has been researching the Korean issue for more than two decades, agrees that the U.S. is to blame. But so are the Russians, he adds. In the aftermath of World War II and Japan’s surrender, Korea was partitioned along the 38th parallel, with the north under Soviet occupation and the south under U.S. occupation. Still today, the two Koreas are technically in a state of war, even if a truce ended their 1950-53 conflict.

However, the North Korean friendship associations and political support groups aren’t really trusted and their members are “naively believing the propaganda from North Korea,” Bridges says.

“These groups have no credibility among Korea watchers or academics,” he says. “We don’t take them seriously. They have no leverage.”

Energy supply is still a big problem, especially in the countryside, he says. And although the situation has improved somewhat in Pyongyang he “just can’t believe” the overall food situation to be as rosy as the friendship associations claim. (UN’s World Food Program noted in a November report that child malnutrition has steadily declined over the past 10 years, but that 84 percent of households were having borderline or poor food consumption.)

Many of the people attracted to these groups, Bridges speculates, don’t necessarily fully agree with North Korean ideals and actions. Rather, it could be seen as a statement against capitalism and U.S. foreign policies. “They join their enemy’s enemy,” he says.
Johan Nylander is a Hong Kong based China and Asian correspondent.