Why the Durand Line Matters 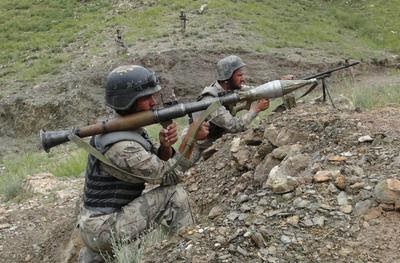 Afghan officials have at times accused Pakistan of being less than honest in pushing the Afghan Taliban for talks with Kabul. Before making such statements, those same officials should also try to understand Pakistan’s deep concerns about Afghanistan’s stance on their common border. At present, Afghanistan does not officially recognize the international border with Pakistan. Instead, it has territorial claims on areas stretching from the Afghan-Pakistan border to the Indus River, all told comprising nearly 60 percent of Pakistani territory.

This border dispute has its roots in the nineteenth century, when Pakistan was part of India and India was a British colony. The British imposed the 2640 km borderline on the Amir of Afghanistan in 1893 in a bid to strengthen the former’s control over the northern parts of India. The agreement was signed between Sir Mortimer Durand, the Indian Foreign Secretary at the time, and Amir Abdur Rahman Khan in Kabul. The line is thus known as the Durand Line, and runs through Pashtun territory.

According to the Durand Line agreement, Afghanistan relinquished a few districts, including Swat, Chitral and Chageh, although it gained other areas, Nuristan and Asmar, for instance, which it had historically not controlled. The agreement, at least on paper, for the first time demarcated where the Indo-Afghan border started and ended. Before the Durand Line agreement, both India and Afghanistan would make incursions into each other’s domain of influence, frequently sparking border tensions.

In contrast to many historical accounts, Afghanistan did recognize the Durand Line as an international border. Abdur Rahman Khan’s successor, Amir Habibullah Khan, in 1905 signed a new agreement with Britain confirming the legality of the Durand Line. More importantly, article 5 of the Anglo-Afghan Treaty of 1919, on the basis of which Afghanistan reclaimed its independence, says that Afghanistan accepted all previously agreed border arrangements with India. Unlike the previous two agreements, the Anglo-Afghan Treaty was not imposed by Britain. Afghanistan as an independent state agreed to recognize the Durand Line as an international border.

After the founding of Pakistan in 1947, Afghanistan demanded that Pashtuns living on the Pakistani side of the Durand Line be given the right to self-determination. Unsurprisingly, both Britain and Pakistan refused. In response, the Afghan government then began to ignore the Durand Line and instead assert claims over territories that lay between the line and the Indus River.

As a consequence, relations with Pakistan became tense, and this in turn influenced U.S.-Afghan relations in the 1950s and 1960s. Once Pakistan struck an arms deal with the U.S., Kabul realized that the balance of power between Pakistan and Afghanistan had shifted in favor of Pakistan. Hence, in the 1950s Afghanistan, too, approached Washington seeking military assistance and arms sales. 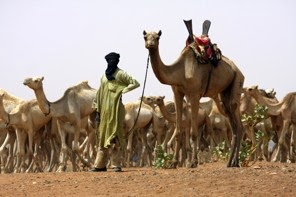 The U.S. demanded that Afghanistan improve its relations with Pakistan and join the Central Treaty Organization (CENTO), of which Pakistan was a founding member, to contain the Soviet Union. Given its location on the Soviet border, Afghanistan declined. In the meantime, Kabul needed modern arms to balance Pakistan’s growing military power. So it turned to the Soviet Union.

Over the last several decades Afghanistan has suffered enormously from the Durand Line tensions. Afghanistan’s Cold War relations with the former Soviet Union ultimately led to invasion by the Red Army. Pakistan has tried to install a client regime in Kabul. Thousands of terrorists have crossed the Durand Line from Pakistan over the last decade and killed large numbers of Afghans. The Pakistani army has shelled areas in eastern Afghanistan, claiming they were shelling Pakistani territory. 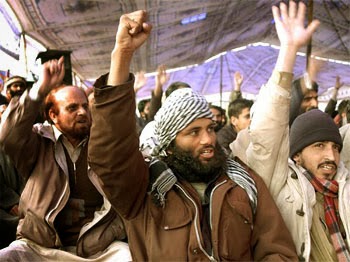 Pakistan has been reluctant to engage honestly with Afghanistan on any issue, from trade to peace talks, because of a lack of trust. The Afghan government loses revenue each year as thousands of people—mainly Afghans—illegally cross the border without a visa, avoiding taxes. Tons of illegal goods are smuggled across the border annually, a further loss for the Afghanistan economy.

Many Afghans still dream—Pashtuns in particular—that one day they might reclaim the territories their forefathers lost between the Durand Line and the Indus River. That, of course, is unrealistic: the country lacks the political, economic and military means to pursue any such claim. At any rate, the 30 million Pakistani Pashtuns would appear to have little motivation to join the 15 million Afghan Pashtuns. For more than half a century, Pashtuns have played significant roles in civilian and military life in Pakistan. Why leave that for a barely functioning Afghanistan?

The new Afghan president taking office in the spring should immediately review Afghanistan’s foreign policy toward Pakistan. The time has come for Afghans to once again recognize the Durand Line as the international border between Afghanistan and Pakistan. Doing so would bring an end to the protracted border dispute with Pakistan, a precondition for real Pakistani cooperation in the Afghan peace process.

Having recognized the Durand Line, Afghanistan should immediately demarcate the border and fence it. This would prevent Taliban incursions and help control both smuggling and illegal flows of people. As an added benefit, the Pakistan military would no longer have the justification to shell Afghan villages once the fences are in place.

Arwin Rahi is a Fulbright fellow at Texas A&M University’s George Bush School of Government and Public Service. He worked as an adviser to the Parwan governor in 2012-13, and has an MA in politics and security from OSCE Academy with a focus on Central Asia and Afghanistan.