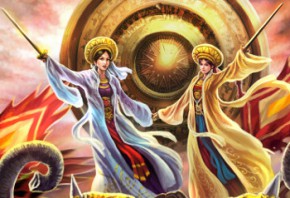 Vietnamese Defense Minister Phung Quang Thanh is finishing up a trip to Russia to boost military ties, in line with the two countries’ efforts to build on a strategic partnership they signed last year

“Russia is Vietnam’s top strategic military partner, and the cooperation in training, information exchange and science research has been expanding…and will continue playing an important role in the bilateral defense ties,” Minister Thanh said in a statement posted Thursday on the Vietnamese Ministry of Defense’s website.

“The cooperation will strengthen the traditional friendship relations, mutual benefit for peace and development, and not aim to a third country,” Mr. Thanh said, giving  no indication of any deals his delegation might sign with the Russian side during the trip.

Russia has long been Vietnam’s top supplier of weapon and military equipment and Minister Thanh’s trip is especially important for the Vietnamese after U.S. ambassador David Shear said Wednesday that the U.S. won’t sell the country lethal arms until Hanoi improves its human rights record.

The Comprehensive Strategic Partnership — which presidents Truong Tan Sang and Vladimir Putin signed in May 2012 — is an upgrade from the previous Strategic Partnership signed in 2001. It marked the first time that Vietnam publicly revealed its signed military deals with Russia, which included a purchase of modern jet fighters and missiles and an agreement to receive Russian training to boost its defense forces amid rising disputes in the South China Sea.

In 2012, Vietnam signed a deal to borrow $8 billion from Russia to build its first nuclear power plant. Russian state-run utility and nuclear energy company Rosatom is expected to start the project next year, with operations ready in 2020.

The trip comes as Russia’s economic activity has increased in Vietnam. In the first seven months of this year, Russia has been the third-biggest foreign investor in Vietnam, with an investment of $1 billion.  The two biggest foreign investors so far this year are Japan, with $4.1 billion, and Singapore, with $3.73 billion. Bilateral trade between Vietnam and Russia increased to $2.45 billion in 2012, from $1.98 billion in 2011.

Defense Minister Thanh, whose trip to Russia was between Aug 8-10,  heads next to Poland, Bulgaria and the Netherlands.

In May, Vietnamese Prime Minister Nguyen Tan Dung led a delegation to visit Russia to mark one year of the Comprehensive Strategic Partnership. During his three-day trip, Mr. Dung visited a military base in Kaliningrad, where Russia was testing the first among the six Kilo-class (Project 636) diesel-electric submarines for Vietnam, the government said. They are the first and biggest submarines that Vietnam has acquired.

“The sale of submarines to Vietnam is not only a commercial contract but it is a symbol of the bilateral comprehensive strategic partnership,” Mr. Dung said.

In recent years,Vietnam has bought a large amount of materials from Russia. The expanding relationship has prompted the two countries to upgrade their defense relationship to facilitate closer collaboration in defense production and related research and development, said James Hardy, who is Asia-Pacific editor of IHS Jane’s Defence Weekly.

In 2009 Vietnam ordered six Kilo-class, diesel-electric submarines, the first of which is scheduled to go into service this month, Mr. Hardy said. Since 2009 Vietnam has also acquired 20 Sukhoi Su-30MK2 fighter aircraft, Svetlyak-class (Project 1041.2) fast attack craft, and Gepard frigates from Russia, he said.

Vietnam doesn’t publicize its defense budget for the recent years as it often considers military activities to be state secrets. The defense budget was last disclosed in the 2009 Defense White Paper, reaching $1.46 billion in 2008, equal to 1.8% of GDP that year.