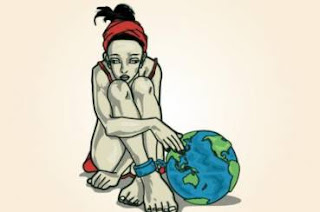 But do their best not to pay for it

The following excerpt is from "Altar of Secrets: Sex, Politics and Money in the Philippine Catholic Church" by Aries C. Rufo, a prize-winning Filipino journalist. The book deals with long-festering problems in the Philippine Church 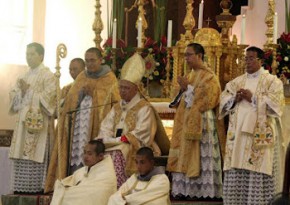 Tucked somewhere in Metro Manila is a gated orphanage run by nuns. Lush trees and greenery cover the sprawling area, providing a fresh respite from the urban jungle just outside its premises. At the time of my visit in August 2012, a few workers were repairing some of the structures and buildings, while volunteer staff did the laundry and the cooking.

But this is no ordinary orphanage. It was (or still might be) home to some of the children fathered by Catholic priests. The sister in charge confirmed that they had housed children whose fathers were priests. "We accept the children regardless of who their fathers are," the sister said. But she clarified, "We have no children sired by priests right now." 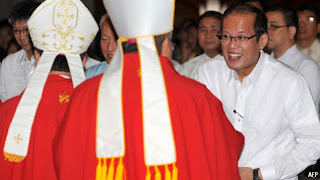 She spoke these words normally, as if answering an ordinary question. After all, an orphanage is an orphanage, a refuge of infants and children seen as a burden or shame by their fathers and/or mothers.

Inside the orphanage, the nun led us to a newly constructed one-storey building that served as the nursery for newborns. They also had a nursery school. She said it was by the grace of God that they were able to take care of the children before they were sent to their foster parents.

Pressed to confirm reports that the orphanage served as a halfway house for women impregnated by priests, the soft-spoken nun said it was not the issue. "The issue is to give these children a decent future."

Priests fathering children, violating their vow of continence and celibacy, is a phenomenon that seems to have lost its shock value. Sure, some people are still scandalized, but even Church higher-ups have accepted this as a matter of course. In fact, the Archdiocese of Manila has an allocation for financial support to children fathered by members of the clergy.

In some areas, like in Pampanga, people have such a forgiving attitude that they have been willing to gloss over the extracurricular activities of their parish priests. Priests are still human, some argue, and they are not immune from the frailties of man.

In Marbel diocese, which covers the provinces of South Cotabato, Sarangani, General Santos City, and some parts of Sultan Kudarat, a journalist says he knows of at least 15 priests who have sired children. "Some of them are still active in the ministry. In one case, I even served as [a] bridge between the priest and the woman. I know [this] because they are my personal friends. Sometimes, we go to girlie joints for ?pastoral visits.'"

In one instance, after a priest died, two women showed up to claim the body.

A few of these closet fathers had voluntarily left the priesthood and gotten married. Some became politicians.

Priests are under the administrative control and jurisdiction of the diocese where they are assigned or incardinated. (Incardination means a clergy is placed under the jurisdiction of a bishop or an ecclesiastical superior.) As an autonomous body, distinct and separate from other dioceses (but still in union with the Universal Church), sanctions and penalties against priests violating their vow of celibacy largely depend on the bishops.

There are 86 archdioceses, dioceses, and vicariates in the country, each represented by an archbishop or a bishop. A few are strict, like former Archbishop Oscar Cruz, who during his term in Pampanga defrocked a number of priests who were having affairs?but some are forgiving and benevolent, like Cruz's successor, Archbishop Paciano Aniceto.

To a large extent, the Church has also shoved under the rug the growing number of sexual-misconduct cases, misdeeds and abuses committed by priests. In a stroke of luck, if one may call it that, the Philippine Church has been spared the sexual abuse crisis that has rocked the Roman Catholic Church elsewhere in the world. In some cases, sexual-abuse cases by priests are kept from the public eye; case. Other priests would refuse to discuss any details.

This code of omerta that pervades a macho Church has spawned a "culture of silence and denial," as Cruz describes it, where "the Church appears to be accepting with nonchalance cases of exposed aberrant clerical sexual escapades."

This Church culture came about as Church leaders "became accustomed to many and extensive sexual transgressions of clerics that they already look at such indiscretions as a matter of course." Secondly, Church officials have done nothing to impose corrective if not punitive actions on the errant priests, perpetuating the culture of silence and denial even more.

In 2002, the winds of change worldwide finally swept the local Catholic Church when they issued the landmark message "Hope in the Midst of Crisis," in which the bishops expressed "great sorrow and shame" and apologized for the sexual misconduct of its own members. The bishops' move came a year after Pope John Paul II issued an apology for the injustices, including sexual abuses, committed by Roman Catholic priests in the Pacific nations.

In their message, the Catholic Bishops' Conference of the Philippines (CBCP) said: "We confess that grave sexual misconduct by clerics and religious [orders] in the Philippines have rocked the bark of Peter. ?We your pastors humbly ask for forgiveness for the grave sins committed by some leaders against members of the flock. The Bishops, however, tempered their apology by reminding the faithful that "the great majority of the clergy are faithful to their priestly and religious commitments..."

The bishops also announced that they were in the process of drafting a protocol that sought to address various forms of sexual misconduct and abuse. The protocol, the CBCP said, was expected to "provide steps for profound renewal."

The effect was immediate. The cleansing within the Church occurred, but not from the bottom as many had expected, but from the top.

What the bishops did not anticipate was that only a few months after they issued their apology, a brethren bishop, Crisostomo Yalung, would be forced to resign for fathering a child with a married woman. And a few months later, Bishop Teodoro Bacani followed in Yalung's footsteps, after he was accused of sexual harassment by his secretary.

Monsignor Pedro Quitorio, media director of the CBCP, said Vatican action on Bacani's case was swift "since it came right after the Yalung scandal." Still, Rome's decisions on the two resigned bishops were not the same. Yalung was sent to exile in the United States, where he now works as a counselor, while Bacani was stripped of his diocese.

The succeeding chapters (Two and Three) will highlight cases of sexual misconduct by ranking Church officials - Yalung and Bishop Cirilo Almario. Chapter Four focuses on the diocese of Pampanga where an unusually high number of priests carry on affairs. In all these, the Church has not publicly admitted wrongdoing by its members. Asia Sentinel