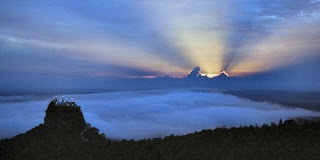 Generals in civilian clothes are finally coming to the party

After 26 years of bizarre rule by xenophobic generals and their numerologists and soothsayers, Aung Zaw believed Burma's oppression had finally come to an end as 3 million people poured onto the streets of Rangoon, one of the largest demonstrations in recorded history.

''As a student at that time, I can clearly remember the exhilaration of knowing that the entire nation was behind us, that we could not possibly lose,'' he says. ''But we were wrong.''

Caught in the carnage were monks, teachers, government workers and children, with the atrocities including beheadings as bodies swung from power poles.

Today, amid the dizzying change in the country now more commonly called Myanmar, high-ranking military officers and  pro-democracy leaders from that era will come together to mark the 25th anniversary of the crackdown that is etched into the psyche of Burmese and consigned the country to two more decades of brutal military rule.

''In my heart I am suffering,'' says 45-year-old Htay Kywe, who was a  university student when he helped organise the 1988 protest. ''I agreed to invite the military to the [25th] anniversary event. We cannot let our actions be dictated by revenge.''

Htay Kywe says nothing can erase the pain of knowing the people running Myanmar today are the same as when he spent 18 years in jail, much of the time in solitary confinement and interrogation camps, where many of his friends died.

''They have changed from military uniform to civilian clothes,'' he says. ''But we have to move forward, keep the pressure up so there is no backsliding. There must be national reconciliation.''
Marking the anniversary of what has become widely known as the 8888 Uprising would have been unthinkable before an election that two years ago installed a reform-minded quasi-civilian government led by President Thein Sein, himself a former general.

But a three-day festival-like conference attended by thousands of people in Rangoon,  now more commonly called Yangon, has been openly reflecting on the bloodshed and debating the future of the country, where diplomatic relations with the West have been restored and dramatic changes include the release of hundreds of political prisoners and the lifting of media restrictions.
Min Ko Naing, another of the student leaders who spent 25 years in prison, says authorities ''now have to shout louder than we do about democracy''.

''Whether they are really practising it or not is another matter,'' he says.

''Here I think we need to examine what kind of political reform is taking place in the country — is it for all of the people, or just for a group of people?''

Min Ko Naing, who once shed tears over the death of his only cellmate, a cat, says many traps and obstacles remain, such as the draconian Electronics Act, under which a person can be jailed for 15 years for sending an email.

''The other side is no longer denying democracy. But things are not moving smoothly, so we still have to struggle,'' he says.

''The army is not under civilian control. The constitution guarantees a lot of power to the military. That must change but will take time,'' he says.

Bo Kyi, who campaigns to free Myanmar's remaining political prisoners – there are about 220 – says the changes that have opened the country to the world are ''just the beginning . . . there is a long way to go''. He says there must be truth and justice with regard to the past but agrees that revenge must be avoided.

On the eve of the anniversary, international human rights groups have called on Thein Sein to bring the commanders responsible for the killings to justice.

Some student groups have also boycotted the anniversary over the invitations sent to the military.
''Instead of inviting these former generals we should force them to apologise for what they did to the people,'' says Kyaw Ko Ko, a leader of the All Burma Federation of Student Unions.

The former student leaders, now in their 40s, who established a group called the 88 Generation are likely to play key roles as the country heads for another general election in 2015.

Ko Ko Gyi, one of the founders of that group, says there are many opportunities for the country but also many risks.''We are trying to be realistic while looking on the brighter side,'' he says.

Aung San Suu Kyi, the daughter of independence hero Aung San who emerged as pro-democracy leader in the aftermath of the demonstrations, is scheduled to speak at today's event.

''We have no chance to solve the problem under a military regime. We need a democratic system to solve the problem,'' she said in remarks published to mark the anniversary. ''Twenty-five years is not a very long time ... we have a good opportunity to move forward with our revolution.''

Aung Zaw, the founding editor in-chief of The Irrawaddy magazine, says there is some hope in the air but nothing like that of 1988.

''Does anybody really believe that the former generals who now rule Myanmar understand the meaning of democracy? Probably not. But perhaps it doesn't matter, as along as we are all determined to make what use we can of the little freedom we now have to create a nation based on respect for the rights of people, rather than on the dread of despotic rulers,'' he wrote.
''This does not mean that we can forget the past, especially when its effects are still very much with us.

''Despite numerous ceasefires, conflicts in the country's north remain unresolved because of the current government's refusal to accommodate the desire of ethnic minorities for greater self-determination,'' he says.

''Meanwhile, religious riots — evidently backed by some still in power today — are hurting the country's efforts to rejoin the international community after decades of isolation.''
The 8888 Uprising was graphically depicted in a photograph of the bloodied body of 16 year-old Win Maw Oo being carried away by two young doctors on September 19, 1988, published around the world.

As she lay dying in hospital she demanded that her father Win Kyu, 60, refrain from calling out her name – a traditional practice among Burmese Buddhists that allows the transfer of merit to the deceased's soul so that it may rest in peace – ''until our country gets democracy''. Each year on the anniversary of the uprising Win Kyu and his family have faced the agonising dilemma of whether to release Win Maw Oo's soul into the afterlife.

This year they have again decided against.