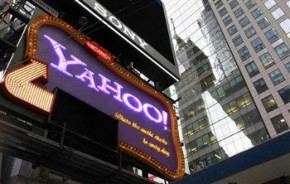 Vietnam is often accused of being an enemy of media freedom because of its notorious record of jailing dissident bloggers and blocking social networks. Its new Internet decree, which purportedly contains several provisions that ban the sharing of online news stories, could be added to the list of its crimes against the online community

Decree 72, or the "Management, Provision, Use of Internet Services and Information Content Online", was signed by Prime Minister Nguyen Tan Dung on July 15 but was only made public last week. It immediately became controversial because of its confusing provisions that seem to ban the sharing of news stories on various social networks.

For example, clause 20.4 states that a personal information webpage is not allowed to provide aggregated information. But what exactly is “aggregated information?” Tuổi Trẻ newspaper quoted Vietnam’s Broadcast and Electronic Information Department which interpreted it as a reminder for individuals not to “quote or share information from press agencies or websites of government agencies.”

The report added that Deputy Minister of Information and Communications Le Nam Thang said the new decree is intended to prevent the spread of false information online. Thang said Decree 72 will help users "find correct and clean information on the internet."

He added, “Personal webpage owners are only allowed to provide their own information, and are prohibited from taking news from media agencies and using that information as if it were their own.”

Is this an instruction and a warning to Vietnamese Internet users not to write, retweet, or share news articles culled from public sources? Exchanging of public information on social media is now deemed a criminal act?

For Reporters Without Borders, the decree is simply “the harshest offensive against freedom of information.” The media watchdog also described it as “nonsensical and extremely dangerous” because “its implementation will require massive and constant government surveillance of the entire Internet.”

For its part, Human Rights Watch is worried that the decree will be used for “selective persecution.”

According to Phil Robertson of Human Rights Group, “This is a law that will be used against certain people who have become a thorn in the side of the authorities in Hanoi.”

Meanwhile, the Vietnam Committee on Human Rights rejected the decree as “fatally flawed and inconsistent with international human rights law and standards.”

But the government dismissed the criticisms and claimed that as usual these “unfriendly” groups have misunderstood the provisions of the law. During a press conference, Vietnamese authorities explained that the decree, once implemented, would actually generate conditions for the development of internet standards in the country. They also insisted that the decree has no provision prohibiting individuals from sharing information on social networks.

According to the government, the primary intent of the decree – which has six chapters and 46 articles – is to protect intellectual property rights and the copyrights of press agencies. Indeed, a rising number of copyright infringement cases have recently alarmed many companies and businesses. But Steven Millward of Tech in Asia thinks that Vietnam’s new Internet decree is not fixing the problem.

“Vietnam seems to be striking at social media and individual sharing rather than fixing the cause of the problem: content piracy by lazy news sites. Surely media industry regulation would be a better move than this kind of ban,” he wrote.

If media groups really misunderstood the provisions of the decree, then the Vietnamese government has no one to blame but itself for using vague terms. Or perhaps the use of broad categories was deliberate to sow confusion and discourage Internet users from supporting online activities that could be categorized as belonging to the prohibited acts of the decree.

Since the law will take effect on September 1, the government still has enough time to scrap this confusing Internet decree and draft a new one. But if they do so, maybe for a change the government should consider consulting the local Internet community and other media stakeholders which would be affected by the new regulation. The Diplomat