No going back in Myanmar 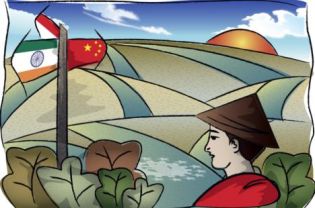 Myanmar (Burma) has experienced whirlwind reforms in recent years. With that has come heightened anxiety over incendiary and xenophobic remarks enflaming ethnic and religious tensions. In addition, democratic forces look set to marginalise the military’s proxy party, the NSDP, at the elections scheduled for 2015.

Some suggest the reform initiatives undertaken so far are much more rapid and profound than retired President Than Shwe could ever have anticipated when he handed the reins of power to his hand-picked successor, Thein Sein, early in 2011. With so much in flux, some commentators are concerned about a relapse into military rule. Yet such observers overlook important factors pointing to the military remaining settled.

To be sure, the country’s military, the Tatmadaw, see themselves as the guardians of the state. Ever since Aung San Suu Kyi’s father, Burmese Independence Army leader Aung San, led the country towards independence in 1947, the military has played a pivotal role in shaping the state and securing its future. The Tatmadaw have never credited civilians with being able to run the place properly either. Not surprisingly, General Ne Win eased out a civilian government in two stages in 1958 and 1962. But having eschewed Western support in its pursuit of the so-called Burmese Way to Socialism, the Tatmadaw were never under the same pressure as their neighbours in Thailand to make concessions towards democratisation. The absence of such pressure also saw the Burmese forfeit the opportunity to experience Thailand’s dramatic economic development.

Eventually Ne Win himself was pushed out by General Than Shwe and his colleagues, and their actions in 1990 triggered stifling international sanctions that lasted a generation. The Tatmadaw leadership continued to maintain an iron grip on power and on most of the country — apart from where armed ethnic groups resisted central rule around the country’s periphery. Some 13 years later, however, the time came for General Than Shwe to formulate a transition plan.

Burmese leaders were envious of Thailand’s economic success, particularly after their neighbour’s recovery from the 1997 Asian Financial Crisis. In order to tap into the kind of wealth that had come Thailand’s way, Than Shwe and his acolytes realised they needed to chart a new path. With a stagnant economy, they had shared the Burmese economic pie amongst themselves as much as they could. To have more to share, they needed to grow the pie. That growth required outsiders’ investment; it required economic and political liberalisation.

When the ‘Seven-Step Roadmap’ was announced in August 2003, it was dismissed for its echoes of Soviet-era-like control mechanisms over domestic politics and commerce. Few took seriously this deliberate Tatmadaw-controlled transition plan. Yet, in hindsight, the roadmap was indeed intended to facilitate economic renewal; by opening up the country with a semblance of democracy, it triggered the lifting of sanctions. It also was intended to generate some strategic breathing space that would enable Myanmar to reach out and build partnerships beyond those with China and a small handful of other sympathetic countries. The constitutional referendum, held only days after Cyclone Nargis struck in May 2008, confirmed to many a brutal determination to press on with a callous plan.

In conjunction with the Seven-Step Roadmap, the regime spent billions of dollars establishing a new capital city at Naypyidaw. Centrally placed — in order to best exercise control over the country — and widely dispersed, the city was designed and located to avert the possible recurrence of mass and destabilising street protests like the country faced in Rangoon in 1988.

The decision on Naypyidaw, typical of its approach to governing, was motivated by the Tatmadaw’s three prime objectives: first, to prevent disintegration (possibly triggered by ethnic separatists); second, to unify a multi-ethnic nation (through a strong unitary, military-controlled and Buddhist-dominated state apparatus); and three, to preserve state sovereignty. To outsiders, such priorities seem anachronistic. But for those running a country with a history of multiple invasions, such thinking on sovereignty is compelling. A few years back, Burmese military leaders saw an invasion as feasible, not only in light of successive invasions by British, Japanese and Chinese forces, but following the demonstration of the United States’ military capabilities in Kosovo, Afghanistan and Iraq.

These fears subsequently abated; increased openness appeared less threatening. That openness is made easier knowing that the Tatmadaw retain a commanding and constitutionally mandated control over the country’s political future through their 25 per cent minimum hold on power in the nation’s parliament — as mandated in the 2008 Constitution.

In the meantime, while economic and political openness is generating friction and considerable social tensions, the economic plans seem to be working well. Investment is pouring in and the Chinese oil and gas pipelines from Kyaukpyu to Yunnan are coming online, generating unprecedented revenues for the state. That means the military-controlled government is in a sweet spot: the economic pie is growing, even as its centrality to the safety and security of the state is reinforced — thanks to security challenges in Rakhine State; the central Burman plains; and in Shan State, where China has aided the Wa rebels.

This all combines to mean that while further democratic steps are still possible, the Tatmadaw can be confident that its seven-point plan is holding together relatively well. What is more, even in the face of unforeseen challenges (such as an NLD outright win at the forthcoming elections) the Constitution retains provisions to allow the military to wind back democratic liberalisation. But with so many things going their way, that seems a remote prospect.