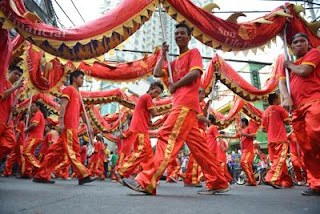 EAFQ: How is the Asian century unfolding?

Ken Henry: The rise of Asia is reshaping the world. This reshaping has some way to run. And it is occurring against the backdrop of truly profound global challenges.

Asian growth has been ignited by a new wave of economic liberalisation, internally generated. That growth, and the development of new technologies to facilitate communications and trade, has transformed domestic economies and global markets.

As Asian economies have grown, hundreds of millions of people have been lifted out of poverty, new businesses have emerged and others have been transformed, and governments and societies have modernised and become more outward looking.

In just the past 20 years, China and India have almost trebled their share of the global economy, and increased their absolute economic size six times over.

Forty per cent of global economic activity now occurs in Asia. By 2025, that will rise to almost one-half. By then, one-quarter of the globe’s economic activity will occur in China alone. Asia will have four of the 10 biggest economies in the world: China first, India third, Japan fourth and Indonesia tenth.

Today there are about 500 million people in Asia who would be regarded as being ‘middle class’. By 2020 that’s expected to rise to 1.7 billion people, and by 2030 to more than three billion, with Asia then accounting for about 60 per cent of global middle-class consumption.

Yet there are risks. Many countries, on all continents, are confronting challenges of water security, food security, energy security, climate security, broad-scale ecosystem destruction, national and transnational terrorism, and population aging. It is legitimate to describe these challenges to the sustainability of human activity in both economic and security terms. How these interrelated challenges are managed will have implications for all people in all countries, and for all future generations.

Hu Shuli: China’s rise has already had a profound impact on other Asian countries. That influence is likely to continue. The way China’s geopolitical relations with Asia evolve will be significantly determined by Sino–US relations. Economically, the ties between China and other Asian countries have been deepened through trade and investment, providing an important buffer against conflicts and easing tensions in regional relations.

From Beijing’s standpoint, Washington’s rebalancing strategy towards Asia has brought uncertainty to the region. The disputes over the Scarborough Shoal and the Diaoyu/Senkaku islands, as well other rows between China and its neighbours, can be understood in this context. Countries in the region have taken advantage of America’s determination to be a key player in Asian security. They rely upon American engagement for their strategy.

The US presence in Asia will only grow now that the Americans are slowly extricating themselves from the Middle East and Afghanistan. This is a problem for China — its relationships with the rest of Asia, particularly its neighbours, have been disturbed. US officials and analysts like to describe the US–China relationship as one of co-operation and competition; although, in the context of China’s relations in its neighbourhood, Washington and Beijing are clear rivals.

Still, economic ties between China and Asian countries remain strong. For instance, negotiations for a free trade agreement between China, South Korea and Japan have finally begun after a decade of preparation. Officials have a choice: if they work together to co-ordinate their policies, minimise friction and complement one another’s competitive advantages, they could create a booming trade area that can compensate for the gloom in Europe and the United States; if they focus instead on turf-building, regional development and domestic growth will be the worse for it.
China should also fully prepare for any crisis but spare no effort to strengthen regional ties to avoid any confrontation. Chinese diplomacy in the region will need to be more proactive to shore up the country’s influence.

EAFQ: What are the central diplomatic challenges Asia faces?

Evan A. Feigenbaum: Two difficult strategic challenges will test the region’s diplomats in coming years: first, the collision between economic integration and security fragmentation, and, second, the dominance of form over function in the institutions that could help to mitigate this debilitating dynamic.

The central strategic challenge in Asia is that economics and security are increasingly in collision. Put bluntly, two Asias, wholly incompatible, have emerged in stark relief. There is ‘Economic Asia’, the Dr Jekyll — a dynamic, integrated Asia with 53 per cent of its trade now being conducted within the region itself, and a US$19 trillion regional economy that has become an engine of growth. And then there is ‘Security Asia’, the veritable Mr Hyde — a dysfunctional region of mistrustful powers, prone to nationalism and irredentism, escalating their territorial disputes over tiny rocks and shoals, and arming for conflict.

Amid slow growth in the United States and protracted austerity in Europe, intra-Asian demand will likely become a more central driver of regional growth. Already, China has become the top trade partner for many of Asia’s major economies, which increasingly provide economic-related public goods to one another while pursuing pan-Asian agreements on trade, investment and technical standards. But long-term strategic intentions, especially Beijing’s, inspire deep anxiety. With the exception of China, all major Asian countries, though their economies are increasingly integrated within Asia, are tacking hard across the Pacific toward the United States for their security.

The region does not lack institutions that could help mitigate this dynamic. But regional groups in Asia mostly duplicate one another’s roles. They have too many members, and mostly lack functionality or a comprehensive template to measure and systematically assess results. They have developed habits of dialogue, but social interchange and political rhetoric dominate. Lingering suspicions and historical anxieties remain. Asian concerns about maintaining ‘face’ have typically meant that the most sensitive topics, from human rights to territorial disputes, are avoided. The ASEAN Regional Forum (ARF) is perhaps the best example of this. It is Asia’s leading security forum, and yet all of the potential sources of major conflict are mostly off the table.

A more effective and purposeful multilateralism would begin with lessons learned. Asia’s redundant existing mishmash reflects an underlying assumption that dialogue and process are beneficial in and of themselves. With most of the major groupings — ASEAN, ARF, APEC and so on — now decades in the making, groups need to emerge that can solve real problems by pooling real capabilities. So function will need to drive form, not the other way around. And function ultimately will need to be married to capacity, with those that have the greatest capacity playing the most significant roles. Asia’s major multilateral institutions have proved to be almost irrelevant to practical problem solving. It would be wise for a group of like-minded countries to think through a modest but substantive operational agenda for the next East Asia Summit meeting to decide priority issues. Then, depending on the issue, leaders could ask that ARF or APEC, or another relevant body, follow up with practical actions. This would begin to inject greater relevance into regional institutions and more connectivity among them.

EAFQ: How is the Asian century changing the existing world order?

Amitav Acharya: Asia’s rise is leading to a multiplex world order. This term describes a situation where unipolarity or US hegemony is ending, there are several great or emerging powers, but no one dominates or even leads.

‘Multiplex’, the dictionary tells us, is ‘a complex that houses several movie theatres’ and involves ‘being or relating to a system of transmitting several messages or signals simultaneously on the same circuit or channel’.

In a multiplex world, we will have several producers and actors (states, regions, transnational groups) staging their own shows simultaneously. There is no single script or show running on any single world theatre, no single producer or actor (power) is monopolising our attention — this is analogous, for example, to the chaotic, overlapping web of multilateral institutions (‘messy multilateralism’) emerging. Sometimes we have the same show running in different theatres in the same complex, but more often there are different shows in different theatres in the same complex. The audience may not see all of them at the same time. It’s a world of diversity and complexity, not homogeneity. It is not a picture of ‘one world’ but of ‘many worlds’.

Back in the 1990s, the Japanese diplomat Yukio Satoh called the then-emerging multilateralism in Asia a multipolar approach, where bilateral, multilateral and ad hoc approaches would co-exist. But the idea of a multiplex world or a multiplex world order is not just regional (although it might well describe Asian regional order today), nor is it only about multilateral institutions. It applies to the world environment as a whole, as a consequence of the shifting distribution of power. The multiplex idea is a much more apt and accurate way to describe the emerging world order and better than competing characterisations, such as multipolar, polycentric, nonpolar, neopolar, G-zero or post-American, worlds.

Welcome to the multiplex world that we shall live in.

Ken Henry is the Executive Chair of the Institute of Public Policy at the Crawford School of Public Policy, ANU. He is Special Advisor to the Prime Minister of Australia and led the development of the Australian Government’s White Paper, Australia in the Asian Century, released last year. He was Secretary to the Australian Treasury from 2001 to 2011.
Hu Shuli is Editor-in-Chief of Caixin Media.

Evan A. Feigenbaum is Vice Chairman of The Paulson Institute, located at the University of Chicago, and Non-resident Senior Associate for Asia at the Carnegie Endowment for International Peace. From 2001 to 2009 he served at the US State Department in several capacities related to Asia, including twice as a Deputy Assistant Secretary of State.
Amitav Acharya is Professor of International Relations, UNESCO Chair in Transnational Challenges and Governance, and Chair of the ASEAN Studies Center, American University, Washington DC.