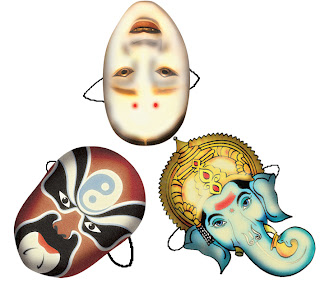 China is initiating drastic reforms, from dealing with shadow banking to cutting back on industrial overcapacity, to coping with global uncertainties - and more specifically with the US Federal Reserve's impending "tapering" of its money printing policy. We are also seeing a division of labour between China's two main leaders. While President Xi Jinping is looking after the country's overall security and international interests, Premier Li Keqiang is focusing on financial and economic reform. This will have far-reaching implications for emerging- market economies in Southeast Asia, including Thailand.

Li earlier took necessary steps to fend off bubbles in the financial sector and the real estate market. The short-term interbank rate in the Shanghai market was allowed to hit the roof at 25 per cent, to arm-twist the banks and their cronies, who had been involved in shadow banking and speculative bubbles. Shadow banking, in which banks lend money through their cronies to avoid regulatory oversights, is now a threat to China's financial stability. According to JP Morgan Chase, the size of China's shadow banking sector has reached approximately US$5.86 trillion, equivalent to 69 per cent of the country's gross domestic product. If China fails to deal with its financial bubbles effectively, it will face a serious crisis similar to what Europe and the United States have suffered.

But Li has gone a step further by looking at opportunities to reform the economy, clearly trying to steer the country away from a heavy reliance on exports to the developed markets. With the global slowdown in demand, China will be cutting back its excess capacities in different industries. State-controlled factories will be reducing their metal and cement production capacities in the second half of this year.

Hence the combination of dealing with the bubbles in shadow banking and the overcapacity in the industrial production. This will be the foundation of China's reform, as Li wants the economy to rely more on the service sector, and the hi-tech and IT industries.

There is also a possibility, if the currency war intensifies, that China will cut the tie between its yuan and the US dollar later this year. Instead of maintaining the knot with the US dollar, the yuan could fix itself to gold instead. China has been building up massive gold reserves. It is believed that the country's gold reserves are now between 7,000 tonnes and 10,000 tonnes. If China were to take this course of action, it would cause a big bang in the global financial system, which will shift away from the fiat currency system back to the gold standard.

China realises that the good old days are over - the days when GDP growth exceeded 10 per cent annually. There are growing doubts that it can keep the growth rate at 7.50 per cent this year. Moody's Investors Service has just issued a report hinting at the possibility that China could face an economic hard landing. This means that China would at only grow 5.1 per cent per year.

Instead of relying on an expanded fiscal programme to prop up economic growth, Premier Li has opted to save ammunition. Tax reform and other incentives are offered as a solution, rather than populist spending, to revive short-term growth amid global uncertainties.

India, another Asian giant, is facing more serious macro-economic problems than China. Capital is flowing out of the country en masse. Its rupee has fallen 28 per cent over the past two years. The current account deficit stands at 4.8 per cent of gross domestic product. India, too, will have to take painful steps to stop the bleeding, from imposing higher taxes on gold imports to barring outward dollar investment by Indian companies.

This brings us back to an appropriate policy response for Thailand and other Southeast Asian countries as the two Asian giants go through a period of radical adjustments. Thailand too should focus less on GDP growth, as moderate growth might come under threat from global uncertainties and China's slowdown. China's hard landing will erase more than one percentage point of growth from the Thai economy. Apart from dealing with the bubbles in household debt, real estate and the financial sector, the authorities will have to look closer at industries that might carry overcapacity. Short-term dollar debts, now at $60 billion, must be brought down significantly to prevent exchange risks. Debt creation, from both the corporate and government sector, must be curtailed.

It is time to use these opportunities to reform the economy by weeding out the excesses and staying lean and mean and going back to our strength - via agricultural reform that benefits the majority of the Thai people. The Nation, Bangkok