Can Asia get rich? 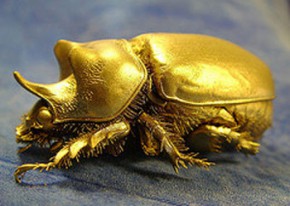 Will Asian emerging markets follow Latin America and the Middle East into the middle-income trap?

Unless they reform their policies and institutions, the answer could very well be yes. Per capita incomes might not significantly advance beyond the level they are now, between US$2000–15,000.

Most of the evidence on the middle-income trap comes from Latin America and the Middle East. These regions are abundant in land and natural resources, and escaped severe poverty by capitalising on growth spurts during commodity booms. But commodity booms only took these countries so far: they were often followed by growth crashes when commodity prices plummeted.
In contrast, much of East Asia started catch-up growth by putting armies of initially unskilled labour to work. These countries shifted rapidly from agriculture to export-oriented manufacturing and moved up the value chain in a ‘flying-geese’ pattern. While South Asia initially followed Latin American-style import substitution policies, when it began to open up in the 1980s, it too grew quickly. From the 1980s and ‘90s, Asian countries inserted themselves in global value chains and as a consequence growth has been higher and more sustainable, with the benefits more widely shared, than in Latin America and the Middle East.

Asia’s abundance of labour helped it integrate into the global economy. As a consequence, it is in a better starting position than Latin America and the Middle East to avoid the middle-income trap.

Of course, Asia is not economically homogenous, and ‘middle-income’ is a very broad term. There are eight countries that could be put in the middle-income bracket: Malaysia, Thailand, Indonesia, the Philippines, Vietnam, China, India and Sri Lanka. But they are at very different levels of development. Malaysia is comparatively rich; Indonesia, the Philippines, Vietnam, India and Sri Lanka are comparatively poor. China and Thailand are roughly in the middle, with per-capita incomes of about US$8000.

Even within countries there are huge differences in income levels. Take China and India, for example. The 10 coastal provinces of China have levels of development closer to Malaysia, but as you go west, away from the sea, the people get less and less wealthy. Regional inequality in India also suggests it is too early to proclaim that country’s escape from low-income status. Leaving aside the more advanced states in the south and the west, most of India has yet to escape the low-income trap — much like Pakistan, Bangladesh, Nepal, Cambodia, Laos and Myanmar, not to mention East Timor, Papua New Guinea and North Korea.

So far, only five Asian countries can genuinely be called wealthy: Japan, South Korea, Taiwan, Hong Kong and Singapore. So what do the rest need to do to follow them?

A good place to start is the World Bank’s landmark East Asian Miracle report. Although this analysed the catch-up growth of the East Asian Tigers, its conclusions are still relevant to most countries in Asia. The most important thing, it said, was to ‘get the basics right’: macroeconomic stability, relatively low distortions to domestic competition, openness to external trade, flexible labour markets, and investment in hard infrastructure as well as education. These ‘horizontal’ economy-wide policies are far more important than ‘vertical’ industrial policies to promote favoured sectors and national champions.

Getting the basics right must still be the top priority for low-income Asia — including the less-developed states in India. These countries and regions should be in the business of catch-up growth.

But, for middle-income countries, just getting the balance right won’t always be enough. They need a mix of getting the basics right and second-generation reforms. The exact balance, though, depends on the country’s level of development.

High middle-income countries like Malaysia, Thailand and China (especially on the coast) need structural and institutional reforms for productivity-based growth. These second-generation reforms have to go beyond the liberalisation of product markets to encompass the deregulation of factor markets (for land, labour and capital). They must also include opening up of services sectors, upgrading ‘soft infrastructure’ (such as higher education and skills), and improving the quality of public administration, regulatory agencies and judicial systems.

Specifically, Malaysia needs reforms to the Bumiputera policy and government-linked companies; China needs to strengthen its financial sector, privatise state-owned enterprises and change the hukou system, which restricts labour movement; and all three countries need to strengthen property rights and the rule of law.

Low middle-income countries — India, Sri Lanka, Indonesia, the Philippines and Vietnam — still have to concentrate on the basics, just as they have more room for catch-up growth. But they must also embark on the simpler, less institutionally demanding second-generation reforms.

The failure to undertake structural reform is the hidden trigger for the middle-income trap.

Second-generation reforms are much more politically sensitive than first-generation reforms because they get closer to the heart of vested interests and political systems. But middle-income countries have to push on — it’s the only way to become wealthy.

The author is Visiting Associate Professor at the Lee Kuan Yew School of Public Policy, National University of Singapore. This article was first published in the Business Times.