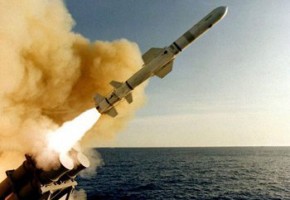 The Consequences of the Syrian Conflict in Asia-Pacific-How the US reacts won't be much different from how it would react should war break out in the South China Sea
The Syrian civil war might be out of mind and out of sight for the leaders of Asian-Pacific states. However, make no mistake, this conflict and its outcome will have a direct impact on those living here.

There is no doubt that any US intervention in Syria would delay Washington's pivot to Asia-Pacific, to the satisfaction of China but to the concern of America's regional allies. With China's increasing assertiveness, especially in the South China Sea, there are those who believe that any US intervention in Syria is an unnecessary distraction and would allow the Chinese to expand their reach in the region.

Those critics in favor of non-intervention, believing the US should wash its hands of the Middle East once and for all, and focus instead its attention on Asia-Pacific would do well to look at the big picture. Syria is Asia-Pacific.

One can extrapolate Washington's actions and reactions to imagine a possible US intervention, particularly in response to the South China Sea maritime and territorial disputes. Just as in Syria, should war break out, the US would inevitably find itself drawn in. Although the particularities may be different, the politics in Washington remain the same.

Given this, it is not legal justification that has preoccupied President Obama. With or without the permission of the UN, the US would act. To do nothing, to turn a blind eye to the crimes currently being perpetuated is equally criminal. The US may not receive legal authority by the UN to intervene; however, it has a moral responsibility to do so. There is an international coalition ready and willing, and there is a demand by the Syrian people. All that is now required is for someone to lead.

The question thus far has been the extent of US military action. How far would President Obama be willing to go in assisting the Syrian opposition? Airstrikes, drone strikes, and missile strikes may weaken government forces, but it is not enough to win the war. Planes and ships, after all, cannot hold ground; and surely this long war has weakened the strength of the Syrian opposition's ground forces.

The thought of sending US troops into the fray is undoubtedly one that has crossed the mind of President Obama. However, the sight of any American flag-draped coffin would be sure to cost a congressman or woman, or senator, his or her seat come next election. As such, congressional support and approval would be hard to find, to say nothing of the President's reservations. Still lingering in the mind of every elected official in Washington is Iraq and Afghanistan, and the financial and human cost it left.

Yet, as long as Assad remains in power, the US will be unable to focus on its commitments elsewhere. There is a very real concern that Syria's weapons stockpile would find itself in the wrong hands, such as Al Qaeda and Hezbollah. Moreover, there remain suspicions in Washington on just who comprises the Syrian opposition, and whether these forces, should they assume power, would not then turn their attention against the US.

Airstrikes alone will not defeat Assad; however, they could level the playing field and allow the Syrian opposition the chance they need to defeat Assad's forces. Conversely, there is no guarantee that the Syrian opposition, should they succeed, would not sell whatever chemical weapons or weapons of mass destruction to America's enemies. It is a question of control, and without direct control -- undoubtedly an option of last resort -- Syria will continue to plague the US long after the war is over.

Short of Assad stepping down, there does not appear to be a diplomatic solution at this time. Instead, what can be hoped is that a decisive and overwhelming military strike against the Syrian government by the US and its allies would encourage Russia to negotiate a deal to restore order in the country. Russia would surely be agreeable to any new government it can do business with rather than a government it can't.

US intervention in the South China Sea
Thus, to what extent does Syria represent Asia-Pacific? In many respects, a South China Sea conflict would pose a similar set of problems for the US as Syria. It is unlikely that the president at the time would find much support among the public to intervene in a foreign conflict far away from its shores.

Nevertheless, regardless of the American public's reluctant appetite for war and their leaders' hesitance to send troops abroad, the US will and must intervene, if only to preserve its regional interests. The question, again, is how much and how far would the US be willing to go? Whereas the Syrian civil war is restricted to within its borders, any war in the South China Sea would span across Southeast Asia and perhaps all of Asia-Pacific. The human toll could prove prohibitive.

Asian-Pacific leaders, keeping this fact in mind, would do well to curry favor with the US, to reinforce their importance to American foreign policy. It is merely a matter of quid pro quo. Just as some Southeast Asian countries are concerned with China's increasing assertiveness, so too is the US.

Yet, why should the US take these countries' concerns into consideration if they are unwilling to assist the US abroad? It would only be too easy for the US to do what it wants and how it wants without input from regional countries, unless Washington has reason not to.

Rather than urging the US to withdraw from the Syrian conflict, Asian-Pacific states should instead be ready to assist any US/NATO operation against the Assad regime, for if the Syrian people are of no importance to the US, then of what importance are the people of Asia-Pacific?

(Khanh Vu Duc is a lawyer and part-time professor at the University of Ottawa's Civil Law Section; and researches on Vietnamese politics, international relations and international law. He is a frequent contributor to Asia Sentinel.)