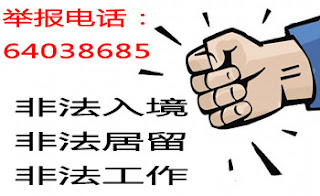 Communist Party cadres have filled meeting halls around China to hear a somber, secretive warning issued by senior leaders. Power could escape their grip, they are being told, unless the party eradicates seven subversive currents coursing through Chinese society

These seven perils were enumerated in a memo referred to as Document No. 9 that bears the unmistakable imprimatur of Xi Jinping, China’s new top leader. The first was “Western constitutional democracy”; others included promoting “universal values” of human rights, Western-inspired notions of media independence and civil society, ardently pro-market “neo-liberalism,” and “nihilist” criticisms of the party’s traumatic past.

Even as Mr. Xi has sought to ready some reforms to expose China’s economy to stronger market forces, he has undertaken a “mass line” campaign to enforce party authority that goes beyond the party’s periodic calls for discipline. The internal warnings to cadres show that Mr. Xi’s confident public face has been accompanied by fears that the party is vulnerable to an economic slowdown, public anger about corruption and challenges from liberals impatient for political change.

“Western forces hostile to China and dissidents within the country are still constantly infiltrating the ideological sphere,” says Document No. 9, the number given to it by the central party office that issued it in April. It has not been openly published, but a version was shown to The New York Times and was verified by four sources close to senior officials, including an editor with a party newspaper.

Opponents of one-party rule, it says, “have stirred up trouble about disclosing officials’ assets, using the Internet to fight corruption, media controls and other sensitive topics, to provoke discontent with the party and government.”

The warnings were not idle. Since the circular was issued, party-run publications and Web sites have vehemently denounced constitutionalism and civil society, notions that were not considered off limits in recent years. Officials have intensified efforts to block access to critical views on the Internet. Two prominent rights advocates have been detained in the past few weeks, in what their supporters have called a blow to the “rights defense movement,” which was already beleaguered under Mr. Xi’s predecessor, Hu Jintao.

Mr. Xi’s hard line has disappointed Chinese liberals, some of whom once hailed his rise to power as an opportunity to push for political change after a long period of stagnation. Instead, Mr. Xi has signaled a shift to a more conservative, traditional leftist stance with his “rectification” campaign to ensure discipline and conspicuous attempts to defend the legacy of Mao Zedong. That has included a visit to a historic site where Mao undertook one of his own attempts to remake the ruling party in the 1950s.

Mr. Xi’s edicts have been disseminated in a series of compulsory study sessions across the country, like one in the southern province of Hunan that was recounted on a local government Web site.

“Promotion of Western constitutional democracy is an attempt to negate the party’s leadership,” Cheng Xinping, a deputy head of propaganda for Hengyang, a city in Hunan, told a gathering of mining industry officials. Human rights advocates, he continued, want “ultimately to form a force for political confrontation.”

The campaign carries some risks for Mr. Xi, who has acknowledged that the slowing economy needs new, more market-driven momentum that can come only from a relaxation of state influence.

In China’s tight but often contentious political circles, proponents of deeper Western-style economic changes are often allied with those pushing for rule of law and a more open political system, while traditionalists favor greater state control of both economic and political life. Mr. Xi’s cherry picking of approaches from each of the rival camps, analysts say, could end up miring his own agenda in intraparty squabbling.

Condemnations of constitutional government have prompted dismayed opposition from liberal intellectuals and even some moderate-minded former officials. The campaign has also exhilarated leftist defenders of party orthodoxy, many of whom pointedly oppose the sort of market reforms that Mr. Xi and Prime Minister Li Keqiang have said are needed.

The consequent rifts are unusually open, and they could widen and bog down Mr. Xi, said Xiao Gongqin, a professor of history at Shanghai Normal University who is also a prominent proponent of gradual, party-guided reform.

“Now the leftists feel very excited and elated, while the liberals feel very discouraged and discontented,” said Professor Xiao, who said he was generally sympathetic to Mr. Xi’s aims. “The ramifications are very serious, because this seriously hurts the broad middle class and moderate reformers — entrepreneurs and intellectuals,” said Professor Xiao. “It’s possible that this situation will get out of control, and that won’t help the political stability that the central leadership stresses.”

The pressures that prompted the party’s ideological counteroffensive spilled onto the streets of Guangzhou, a city in southern China, early this year. Staff members at the Southern Weekend newspaper there protested after a propaganda official rewrote an editorial celebrating constitutionalism — the idea that state and party power should be subject to a supreme law that prevents abuses and protects citizens’ rights.

The confrontation at the newspaper and campaign demanding that officials disclose their wealth alarmed leaders and helped galvanize them into issuing Document No. 9, said Professor Xiao, the historian. Indeed, senior central propaganda officials met to discuss the newspaper protest, among other issues, and called it a plot to subvert the party, according to a speech on a party Web site of Lianyungang, a port city in eastern China.

“Western anti-China forces led by the United States have joined in one after the other, and colluded with dissidents within the country to make slanderous attacks on us in the name of so-called press freedom and constitutional democracy,” said Zhang Guangdong, a propaganda official in Lianyungang, citing the conclusions from the meeting of central propaganda officials. “They are trying to break through our political system, and this was a classic example,” he said of the newspaper protest.

But Mr. Xi and his colleagues were victims of expectations that they themselves encouraged, rather than a foreign conspiracy, said analysts. The citizen-activists demanding that party officials reveal their family wealth cited Mr. Xi’s own vows to end official corruption and deliver more candid government. Likewise, scholars and lawyers who have campaigned for limiting party power under the rule of law have also invoked Mr. Xi’s promise to honor China’s constitution.

Even these relatively measured campaigns proved too much for party leaders, who are wary of any challenges that could swell into outright opposition. Document No. 9 was issued by the Central Committee General Office, the administrative engine room of the central leadership, and required the approval of Mr. Xi and other top leaders, said Li Weidong, a political commentator and former magazine editor in Beijing.

“There’s no doubt then it had direct endorsement from Xi Jinping,” said Mr. Li. “It’s certainly had his approval and reflects his general views.”

Since the document was issued, the campaign for ideological orthodoxy has prompted a torrent of commentary and articles in party-run periodicals. Many of them have invoked Maoist rhetoric of class war rarely seen in official publications in recent years. Some have said that constitutionalism and similar ideas were tools of Western subversion that helped topple the former Soviet Union — and that a similar threat faces China.

But leftists, feeling emboldened, could create trouble for Mr. Xi’s government, some analysts said. Mr. Xi has indicated that he wants a party meeting in the fall to endorse policies that would give market competition and private businesses a bigger role in the economy — and Marxist stalwarts in the party are deeply wary of such proposals.

Relatively liberal officials and intellectuals hoped the ousting last year of Bo Xilai, a charismatic politician who favored leftist policies, would help their cause. But they have been disappointed. Mr. Bo goes on trial on Thursday.

Hu Deping, a reform-minded former government official who has met Mr. Xi, recently issued a public warning about the leftward drift. “Just what is the bottom-line for reform?” Mr. Hu said on a Web site run by his family to commemorate his father, Hu Yaobang, a leader of political and economic relaxation in the 1980s.

Mr. Xi will face another ideological test later in the year, when the Communist Party celebrates the 120th anniversary of Mao’s birth. The scale of those celebrations has not been announced. But Xiangtan, the area in Hunan Province that encompasses Mao’s hometown, is spending $1 billion to spruce up commemorative sites and facilities for the occasion, according to the Xiangtan government Web site.

“You have to commemorate him, and because he’s already passed away, you can only speak well of him, not ill,” Professor Xiao, the historian, said of Mao’s anniversary. “That’s like pouring petrol on the leftists’ fire.” By CHRISTOPHER BUCKLEY -Jonathan Ansfield contributed reporting from Beijing. New York Times