People Smugglers now to fly illegals into Australia on Fake Visas (Why have they not thought of this before? 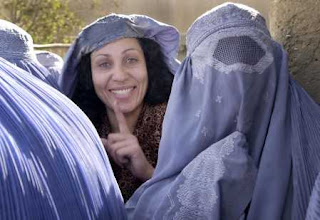 People smugglers are concocting a new and expensive product to sell their asylum seeker clients - flying them into Australia on fake tourist visas to sidestep the harsh policies of both political parties aimed at boat arrivals.

Three separate groups of Iranian asylum seekers in the Indonesian province of West Java have told Fairfax Media that smugglers' agents had approached them in recent days with a plan that comes with a money-back guarantee.

For a price that varies between $US15,000 and $US25,000 a head - three to five times the average boat fare - they will arrange for passengers to fly from Indonesia to Thailand or Malaysia, and then to Australia on a genuine passport with the picture changed to alter the identity.

The smugglers are saying their proposal avoids the Papua New Guinea solution and the opposition's announced plan of no permanent resettlement ever.

''Many Iraqi people already came here [to Indonesia] with illegal passports … now a smuggler is saying, 'We'll prepare for you a tourist visa,''' Mr Binai said.

Once the asylum seekers have landed but before they pass through border control, they are instructed to go to the toilet and destroy the passports, then claim asylum to the first official they meet.

''When you get to Australia you cut the passport and go to immigration and say 'I am a refugee.' They can't send you back then,'' Mr Binai said.

He is planning to return with his family to Iran as a result of the Papua New Guinea solution, but had been quoted $US15,000 for access to the new service.

''The smugglers know how they can open the route to Australia again - from the flights … People are already talking about it.''

Another young Iranian, Ali Bahrani, agreed that ''some of the single people from Pakistan now are just talking about this''.

He had heard a price of $US25,000 for the service, which had been designed because ''in Australia, the rules are just for boats''.

Because the sums are so large, the asylum seekers' money would be held in trust with a third party, called a ''hawaladar'', and released to the smuggler only once the asylum seeker is safely on Australian territory.

It's clear the idea is one of a number being pitched to an audience of desperate asylum seekers dismayed by the Rudd government's Papua New Guinea solution and the tough new policy of the Abbott opposition.

Another idea is a route from Indonesia to New Zealand by boat - a journey the smugglers say will cost $US5000 and take 15 days.

It's clear from what asylum seekers are saying that the new offerings remain in the marketing phase.

A Department of Immigration spokesman said tight security meant few people travelling on false documents ever made it to Australia, but if they did and claimed asylum, ''those [claims] are assessed''.

''These numbers remain small. While DIAC continues to monitor the situation, there has been no noticeable increase,'' the spokesman said.