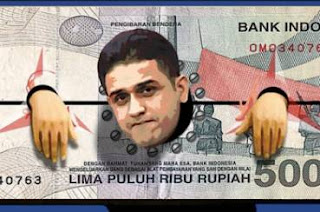 Foreign investors are beginning to sour on Indonesia, with the collapse of a $7 billion bank sale the latest setback to the mood as the country heads into a presidential contest that is adding to fears of protectionism.

JAKARTA—Foreign investors are beginning to sour on Indonesia, with the collapse of a $7 billion sale of PT Bank Danamon the latest setback to the mood as the country heads into a presidential contest that is adding to fears of protectionism.

The long effort by Singapore-based DBS Group Holdings Ltd. to buy out Bank Danamon, Indonesia’s sixth-largest bank by assets, ended last week after the Indonesian central bank had earlier said it would bar the Singapore bank from obtaining a majority stake outright, a decision that also caused concerns about protectionism.

The deal would have been the largest acquisition by a foreign company of an Indonesian asset, and its collapse was bad news for a country that needs foreign investors to stem a current-account deficit and to boost slowing economic growth.

Global funds tracked by research firm EPFR Global have sold a net $708 million of Indonesian stocks since the final week of May, in part because of a global emerging-market selloff. That pullback comes after they made net purchases of more than $1.6 billion in Indonesia between the start of the year and May 22.

The largest Muslim-majority country in the world and home to more than 240 million people, Indonesia is less than a year away from presidential elections, traditionally a time when nationalism surges. Most of the likely candidates in the pending elections are figures from the era of longtime dictator Suharto, who was ousted in 1998, and not known as market reformers.

Government shifts in policy worry investors about “whether the country will change the game midstream,” said Chad Holm, chief executive of Yawadwipa Cos., a private-equity firm that helps manage more than $200 million in funds from both Indonesian and international investors. “There will be a continuing theme of quiet protectionism within the country and that is going to affect private equity.”

Indonesia, with a fast-rising consumer class especially attractive to foreign investors, had been a favorite amid the emerging-market boom that tailed off by May.

There are new signs of weakness in the economy. Last quarter, growth slipped below 6% for the first time in years, in part because of a drop in the price of commodities, Indonesia’s main export. That has left the country running a current-account deficit, helping make its currency one of the weakest performers in Asia this year. The deficit puts Indonesia under pressure to attract foreign investment.

But after years of stable regulations, leaders issued a spate of protectionist rules last year, including limiting single-party investment in the country’s banks to an initial stake of 40%, obligating most foreign miners to cut their stakes in domestic mines to minority levels, and, for more than a year, limiting beef and cattle imports in an ill-fated attempt to build up a domestic industry that sent prices soaring.

Growth in foreign direct investment has slowed, slipping to 18.9% year on year in the second quarter from average growth of 26.3% in the previous six quarters. That is largely because miners, traditionally the biggest foreign investors in the country, invested less.

“There’s a sense that inward-looking economic policies are getting stronger” and that the vacuum left by the departure of President Susilo Bambang Yudhoyono, who brought stability and growth to Southeast Asia’s largest economy in the past decade, will give populist and nationalist figures a greater platform than in the past, said Umar Juoro, an economist at the Jakarta-based Center for Information and Development Studies.

Portfolio investors are thinking twice about the volatile stock market. Indonesian stocks were up sharply for the year in late May, but they were then hit by the global selloff in emerging-market funds and have since given back much of those gains. In the past month, while markets have recovered slightly elsewhere in the region, Indonesia’s stock market has fallen 3.7%. It is up 7.5% for the year.

Foreigners are slight net sellers of Indonesian stocks on the year—after seven straight years of net buying—in part because markets elsewhere have recovered, and because of growth concerns and the rupiah’s weakness.

“It’s getting hard to see where the growth is going to come from for Indonesia with China slowing and the central bank somewhat shackled by inflation and currency weakness,” said Cameron Brandt, a Cambridge, Massachusetts-based research director at EPFR Global.

The outlook isn’t all gloom. Foreign companies are still setting up shop, hoping for a piece of a fast-rising middle class of tens of millions in a country where domestic consumption makes up 65% of gross domestic product. Toyota Motor Corp. said last month it would spend more than $200 million on a new engine plant in Indonesia, and General Motors Co. has been ramping up its operations.

And for some buyers—specifically the Japanese, who are grappling with an aging population and limited growth at home—limitations on bank ownership haven’t stemmed interest. In May, Sumitomo Mitsui Financial Group Inc. struck a deal to pay around $1.5 billion for a 40% stake in Indonesian lender PT Bank Tabungan Pensiunan Nasional. That transaction is set to be the biggest acquisition in Indonesia this year.

“There’s still considerable interest in financial-institutions deals, but buyers are having to think carefully about the regulatory situation and valuation,” said James Ankers, co-head of financial institutions for Asia at Rothschild.

Fauzi Ichsan, Indonesia economist for Standard Chartered, played down the possibility that protectionism will upend investment in the long term, noting that as more people join the ranks of the middle class, consumers will demand cheaper products and services. And foreign investors are crucial to fund the current-account deficit.

“In the end, it’s a battle between the interest of a few well-connected domestic manufacturers or producers versus 240 million people who want cheaper products and services,” Mr. Fauzi said. “Whether you like it or not, you will need to introduce reforms that are foreign friendly.”