US to Sell Apaches to Indonesia for $500m 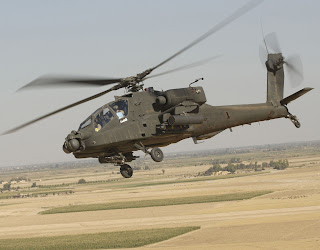 The United States will sell the Indonesian army eight Apache attack helicopters in a deal worth $500 million, including radar, training and maintenance, a US defense official said on Monday.

The sale of Boeing’s AH-64E Apache helicopters was announced during a visit by US Defense Secretary Chuck Hagel to Jakarta, his second stop on a week-long four-nation trip to Southeast Asia that began in Malaysia on Saturday.

The deal is a culmination of more than a year’s behind-the-scenes work by Indonesia, which saw the helicopters as a key part of a wider plan to modernize its weaponry.

On meeting the Indonesian delegation, Dave Bostrum, a business development manager at Boeing emphasized the importance of the deal to the forward momentum of the Indonesian military.

“The Apache is expected to be a key part of Indonesia’s continuing efforts to improve its strategic defense capabilities,” he said.

When it first emerged that Indonesia was looking to acquire the eight Apaches, two human rights groups sent a letter to the US Congress, calling on legislators to reject the sale.

The East Timor Action Network and West Papua Advocacy Team said that Indonesia’s “long record of disregard for civilian casualties, corruption, human rights violations and impunity” should preclude the sale of the helicopters.