An Australia–Indonesia maritime partnership beyond ‘stopping the boats’ 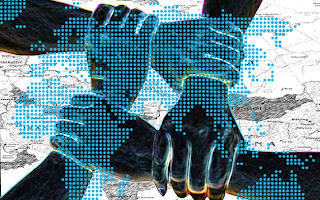 Too often, maritime cooperation between Australia and Indonesia has reflected Australia’s dubious political obsession with ‘boat people’. That has led the two countries to concentrate on non-traditional security issues, particularly people smuggling, as well as illegal fishing and marine pollution. But, in the light of three interrelated trends in the regional strategic environment, both countries should move beyond these priorities and expand their naval defence cooperation

First, as the Australian government recognised in its white paper, Australia in the Asian Century, the world’s economy is gravitating toward Asia. This gives more strategic weight to the region and as a result many Asian countries, including Australia and Indonesia, are modernising their militaries with a priority on maritime capabilities. While military modernisation is a legitimate consequence of Asian countries’ economic rise, it could provoke misunderstanding and miscalculation if it is not undertaken cautiously.

Second, in response to this trend, the United States has engaged in ‘rebalancing’ to maintain regional stability, emphasising Australia’s role as a US ally. Aside from the US Marines deployed in Darwin, the United States will deploy its navy and air force on rotation in Western Australia and the Northern Territory. Some countries are still suspicious of an increased US military presence, especially China. Beijing could respond to the United States by, for example, conducting surveillance activities within the exclusive economic zone of countries that host US military forces, like Australia. This kind of activity would require Chinese submarines to expand into the Indian Ocean through the Indonesian archipelago.

Third, this means Indonesian archipelagic waters could become saturated with foreign maritime forces, particularly along maritime chokepoints like the Sunda and Lombok Straits. Owing to their greater depth and less concentrated commercial shipping traffic than the Malacca Strait, the Sunda and Lombok Straits offer an attractive transit alternative for maritime forces. These maritime areas, however, form the backyards of Australia and Indonesia. For these countries, a collision between opposing submarines or ships could result in politically and militarily destabilising consequences and, not least, create an environmental disaster.

In response to these trends, Australia and Indonesia should deepen naval defence cooperation, especially along their shared maritime boundary.  At the strategic level, both governments should form a maritime strategic discussion forum to complement the existing meetings of foreign and defence ministers. To start with, both countries could hold more substantive and frank discussions, which would lead to genuine ‘strategic trust’. These discussions would examine the potential implications of Australia’s role in US military rebalancing for Indonesia’s national security, as well as China’s potential military responses to the US ‘pivot’.

More importantly, Indonesia and Australia should consult each other about how to respond to these trends. For example, there should be a consultation about whether and how the two nations could be militarily involved in regional flashpoints such as the territorial disputes in the South and East China Seas.

At the operational and tactical levels, both countries may translate their strategic initiatives into joint operational arrangements. For example, a joint maritime surveillance system could improve mutual situational awareness. This system would include a joint operational command and control centre, which could coordinate intelligence from ships, aircraft and radar systems to generate a common picture of important areas to Australia and Indonesia. Australia’s future acquisitions of high-end surveillance platforms, such as the Triton drones and P-8A Poseidon aircraft, could support Indonesia’s awareness of the waters to its south.

Joint maritime warfare training and exercises could contribute to better cooperation in a combat environment, specifically in undersea warfare. Indonesia could also participate in the US–Australia bilateral security arrangements, such as trilateral naval exercises in the Indian Ocean. As Indonesia and Australia also plan to field a large submarine fleet, they should discuss the possibility of bilateral submarine search and rescue cooperation. Finally, the two nations should contemplate planning their maritime doctrines together.

If these steps are followed, Indonesia and Australia will enjoy smooth operational and tactical collaboration between their maritime forces during joint deployments.

But the success of this partnership is not assured. If it were announced many would protest, arguing that Indonesia had abandoned its ‘free and active’ foreign policy by joining a coalition to contain China’s military rise. Like Australia, Indonesia might well reject choosing between the United States and China. But Indonesia and Australia may find it difficult to maintain this balance. The question will be whether these middle powers can keep the great powers from quarrelling.

Indonesia’s central position along the Indo-Pacific rim makes it very important to both China and the United States. By partnering with Canberra, Jakarta could at least have a cushioning buffer down under from the potential flashpoints to its north.

Ristian Atriandi Supriyanto is a Senior Analyst with the Maritime Security Programme of the S. Rajaratnam School of International Studies (RSIS), the Nanyang Technological University. He was a researcher at the Centre for East Asian Cooperation Studies (CEACoS), University of Indonesia.