Xi vs. the Strongmen: The Battle for Reform in China 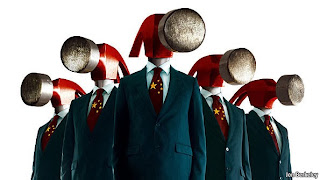 Beijing must control local leaders if it is to pass vital economic reforms.

It won’t be easy.

No story out of China over the last year and a half has received as much attention as the Bo Xilai case. Much of what intrigued people about the Bo case was unique to it, including Bo’s flamboyant personality and the Hollywood-like drama of his downfall. Yet one aspect of his case, though largely ignored by foreign press accounts, had deep roots in Chinese history: namely, the rise of the local strongman.

A reoccurring theme in Chinese history, captured in the proverb “The mountains [heavens] are high, and the emperor is far away,” has been the struggles of the central government to maintain control over the vast territory it nominally ruled. Time and again in China, regional strongmen have established local power bases from which they have mounted challenges to the central government, with often devastating consequences for the country as a whole.

This history has had a profound impact of the evolution of the People’s Republic of China since its inception. Indeed, after taking the mainland, Mao Zedong immediately turned to consolidating Communist control over the entire country. As one historian reflected, “Through neighborhood committees and informants the state found its way into all parts of life…. Regions of the country that had not seen much central state presence for a hundred years found themselves regimented.” To this day, China differs from similarly large countries like the U.S. and India in being a unitary state, at least in theory.

As Bo demonstrated, center-local power struggles also continue to plague contemporary China. In fact, many of the major initiatives that Xi Jinping launched during his first year in office should be seen in the context of trying to establish greater authority over local officials. While this is partly due to the Bo case, it also reflects the fact that local governments will be major obstacles to nearly every reform he intends to undertake.

As is usually the case with Chinese politics, Xi’s first year in power has often times baffled Western observers seeking to understand his actions. This is partly due to Westerners’ strong tendency to see economic and political liberalization as inseparable, which has clashed with Xi’s eager embrace of economic reform, even as he cracked down politically.

But Xi has been remarkably forthcoming about his goals, particularly as the year progressed. From the start, both Xi and Premier Li Keqiang have signaled that they understand the imperative of rebalancing China’s economic model to avoid the so-called middle income trap.
They have also noted the importance of central government control for achieving this task. For example, Xi has stressed the importance of ensuring “that [Beijing's] policies and directives are smoothly followed.” Elsewhere he has proclaimed, “We must resolutely remain in the highest degree of unison with the central authorities and resolutely uphold the central authorities.” Other leaders have echoed these views, including Beijing party secretary Guo Jinlong, who demanded that officials under his command must “always maintain a high degree of unison in terms of ideas and action with the party central authorities with comrade Xi Jinping as General Secretary…. We must self-consciously protect the authority of the central authorities.”

Xi’s actions have been consistent with this rhetoric. Although in certain instances, such as the online rumor campaign, Xi’s first year has seen a crackdown on civil society, most of his efforts thus far have been directed at the party itself.

Some of this has occurred through rather mundane but important personnel and administrative decisions. For example, the Politburo Standing Committee (PBSC) has increased the powers of the Secretariat and State Council, and consolidated the Party’s control over the latter.

The second element of this has been strengthening central control over local party leaders. One of the key ways the CCP has sought to maintain control over local officials is by controlling personnel decisions. For example, the Party regularly reassigns provincial and military leaders to prevent them from establishing deep roots and local power bases.

But Xi has gone further than most in using personnel decisions to extend the center’s power and influence over the local governments. In reshuffling provincial leaders earlier this year, half of the twenty-two governors that were appointed came from jobs in Beijing. According to the South China Morning Post, that was the first time this had happened in three decades. The personnel reshuffling after the 17th Party Congress, by contrast, only saw two of the twenty-two appointees come from Beijing. ‘The Diplomat’