Widening gulf a peril for the two East Timors 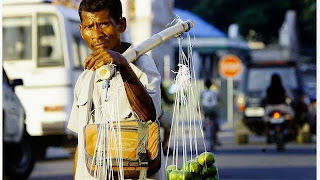 Australia's withdrawal followed largely peaceful parliamentary and presidential elections in 2012, and the end of 13 years of successive United Nations missions in December 2013.

The Timor-Leste that the International Stabilisation Force left was very different to the one it encountered in 2006, when 38 people had been killed, thousands of homes had been burnt and 150,000 people had been displaced. It was also very different to the one that the Australian-led International Force for East Timor (InterFET) encountered in the aftermath of the 1999 referendum on the nation's independence.

After that vote, the Indonesian military and its supporting militias engaged in a scorched-earth campaign, killing hundreds and destroying almost three-quarters of all infrastructure and buildings.

Today, Timor-Leste is almost unrecognisable from those dark days in 1999 and 2006. The government has access to significant oil and gas revenues from the Timor Sea, with $US14.6 billion in its sovereign wealth Petroleum Fund.

The government has used those revenues to return or resettle the thousands of people displaced in 2006, to introduce social security schemes for veterans of the resistance, the elderly and disabled, and single mothers, and to make massive investments in infrastructure.

In 2010 the government started a scheme to bring electricity across the country, and it has engaged in a concerted effort to decentralise development projects to its rural areas. There has been a flurry of construction, bringing in new health centres and hospitals. More children have been immunised and more births are supervised by health-care professionals, increasing life expectancy and reducing infant mortality rates.

The government has also built and rebuilt many schools, and primary and secondary school enrolments have improved. As a result, the proportion of the population living under the basic needs poverty line fell from 49.9 per cent in 2007 to 41 per cent in 2010.

These improvements have been due to massive government spending, driven by oil and gas earnings, which provided 97 per cent of the state budget in 2012. The splash of cash has helped to stabilise the country and has mitigated many of the likely causes of future conflict.

But Timor's pockets aren't so deep. Some projections forecast oil and gas revenues will be exhausted by 2025, raising questions about how the government will replace earnings, and whether the stability it has bought will hold if it is not able to do so.

The government's spending has also created clear winners and losers. When swearing in the new government in July 2012, President Taur Matan Ruak lambasted the previous AMP government for failing to lessen socio-economic inequality, noting that ''the divide in Timor is growing, and glaringly evident in the capital Dili, with villas and five-star hotels overlooking unrepaired roads''.

Matan Ruak's comments highlight the two Timor-Lestes: the increasingly developed and urbane capital, Dili, where luxury cars and high-rise apartments are now common, often underwritten by lucrative government contracts; and the comparatively neglected and underdeveloped rural areas, where more than three-quarters of the population rely on forms of near-subsistence agriculture and meagre seasonal incomes to survive. The yawning gap means that many Timorese people have not yet received a ''peace dividend'' from the independent state that so many of them fought to create.

While some performance indicators have improved, Timor-Leste's UN Human Development Index ranking fell from 2010 to 2013. It is the third worst place in the world for stunted growth in children, with 58 per cent of children experiencing restricted growth due to malnutrition. In 2011 the UN Special Rapporteur on Extreme Poverty and Human Rights concluded that ''growth and development has not translated into sustained improvements in standards of living, livelihoods and job creation. Poverty remains pervasive and widespread.''

Rural poverty has been exacerbated by demographics: 45 per cent of the population is under the age of 14 years and 62 per cent under the age of 24 years, creating a ''youth bulge'' for which employment and other economic opportunities need to be created. An increasingly large population of young people have moved to the ''other'' Timor-Leste, Dili, to seek economic opportunities, but have often failed to find them, which has exacerbated the negative effects of high unemployment.

Disenchanted young people constitute a ready constituency that can be encouraged to join gangs and engage in criminality and violence. Many of those who inflamed the 2006 security crisis were members of youth gangs, whose experience of poverty, unemployment and marginalisation led them to feel that they have been ignored by their new state.

Australia should maintain a strong and enduring relationship with Timor-Leste. Challenges to its economic development and stability remain significant and warrant our ongoing attention.
The Australian National University is hosting a two day Timor-Leste Update on November 28-29. More information can be found at http://bit.ly/TimorUpdate