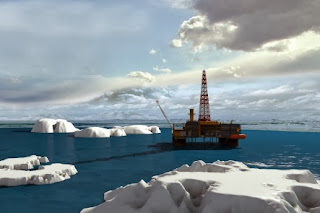 China is playing a prudent long game in the region, with economics the driving factor

Within the last seven years 11 countries (Poland (2006), Russia (2008), Finland (2009), France (2009), Sweden (2010), Iceland (2011), Spain (2011), Denmark (2012), Singapore (2012), Canada (2012) and Japan (2013) have realized the need to appoint their own Arctic ambassadors. These ambassadors are used for analysis and situational assessments in the emerging “grand Arctic game,” with the ultimate aim of exploiting mineral resources and using the Arctic route for shipping cargo from Europe to Asia. In 2008, the U.S. Geological Survey released an assessment revealing that the Arctic accounts for about 13 percent of the world’s undiscovered oil, 30 percent of its undiscovered natural gas, and 20 percent of its undiscovered natural gas liquids. In other words, 90 billion barrels of oil, 1,669 trillion cubic feet of natural gas and 44 billion barrels of natural gas.

The potential commercial benefits of cargo transportation through the Arctic in comparison to the Suez Canal also seem appealing. In August and September 2009 two German heavy-lift vessels, MV Beluga Foresight and MV Beluga Fraternity carried a cargo of steel pipes from Arkhangelsk (Russia) to Nigeria using the Northern Sea Route. The new passage shortened the distance for 3000 nautical miles and reduced fuel consumption by 200 tons per vessel, resulting in savings of 600 000 U.S. dollars. A year later, the Hong Kong vessel MV Nordic Barents transported iron ore from Kirkenes (Norway) to Shanghai using the same route and cut expenses on $180,000. In 2012, 46 vessels carried more than 1.2 million tonnes of cargo through the Northern Sea Route, up 53 percent compared with 2011. In 2010, only four vessels used the route. Some researchers predict that 30 million tones of cargo will be shipped via the Northern Sea Route to 2020

China is the largest consumer and importer of energy resources in the world but its vast geographical distance from the Arctic limits Beijing’s opportunity – at least in contrast to Arctic Council members (Canada, Denmark, Finland, Iceland, Norway, Russia, Sweden and the U.S.) – to set the agenda and form a strategy for taking advantage of new Arctic opportunities.
Nevertheless, China was the first Asian state to show interest and it has begun efforts to become a full member of the Arctic Council. Beijing argues that under the United Nations Convention on the Law of the Sea the Arctic Ocean is a shipping commons, and that climate change has negative consequences for Chinese food security, particularly with the flooding of its coastal regions.

In the meantime, China has stepped up Arctic and Antarctic research. Between 1985 and 2012, Beijing initiated five Arctic and 28 Antarctic expeditions. It has also built the state-owned Arctic Yellow River Station, and entered into an agreement with Finnish company Aker Arctic Technology to construct a second ice breaker by 2014, joining the MV Xuě Lóng that Beijing bought from Ukraine in 1993. Moreover, Chinese representatives take part in the Arctic Science Committee, Arctic Science Summit Week, Ny-Ålesund Science Managers Committee, and the International Polar Year project. However, “scientific” diplomacy alone will not seem to be helping China join the most influential and important Arctic organization ( the Arctic Council) as a permanent member state.

At present, China’s Arctic initiatives suggest that Beijing is eager to camouflage its true interests in the region with environmental monitoring, Arctic life protection and concerns about indigenous peoples. Beijing's rhetoric aims at defining the Arctic as an international zone where changes must make sense for all countries and climate change is a problem for the highest levels of diplomacy. Alongside France and Germany, China sees an oil spill in the Arctic similar to that which occurred in 2010 in the Gulf of Mexico would have disastrous outcomes for global security. So it is spending around $60 million annually on polar research, is building a China-Nordic Arctic Research Center in Shanghai, and plans to increase the research staff by a factor of five, to 1000.

At the same time, Beijing is dropping hints that China is not satisfied with the current balance of power in the Arctic region. The most striking issue in the polemic that represents Beijing's ambitions in the Arctic race is the identification of China as a “near-Arctic” state. This concept has already become ingrained in the lexicon of Chinese scientists who are responsible for Arctic research. ‘The Diplomat’