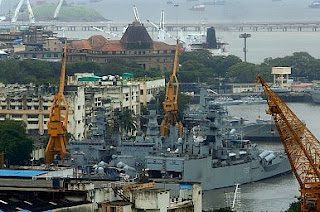 India is stepping up its defense sales presence in Southeast Asia, an outgrowth of its Look East policy

In late October, India’s Defence Research and Development Organization (DRDO) and its domestic industrial partners exhibited a range of military wares abroad, with a dedicated pavilion for the first time at ADEX-2013 in Seoul. Taken together with reported sales of indigenously developed sonar systems to neighbouring Myanmar and talks with the Philippines about the prospect of supplying two naval frigates, it seems that India is now keen to move beyond mere maintenance and training support to a limited number of ASEAN members.

Naturally current and near future sales are likely to be focused on areas where individual ASEAN states seek specific capabilities that India’s domestic industry can supply. The China factor in the background may meanwhile lend something of a maritime edge to these transfers. India’s defence supply relationship with various ASEAN states will unfold on a realistic bilateral basis rather than through any overarching India-ASEAN framework. However, while sensors and munitions can be more readily supplied, major platforms that require sub-systems potentially sourced from other players will create the need for India to co-ordinate closely with the United States and Russia and build a case for its entry into various export control regimes.

While the venue for DRDO’s first serious show-and-tell abroad was chosen to signal emerging ties between India and South Korea (which incidentally is also pushing for military sales in Southeast Asia) it also marked an intent to upgrade the defence outreach component of India’s “Look East Policy.” As Avinash Chander, Scientific Advisor to India’s Defence Minister & Secretary Defence R&D, Ministry of Defence (MOD) put it on the sidelines of ADEX-2013: “Our presence at Seoul is an opportunity for building technology partnerships for R&D and manufacturing, and for creating export potential. Indian systems and defence manufacturing capability have matured. We want to project not just the DRDO, but all of India’s emerging defence capabilities.”

Now some of the more mature systems on display at Seoul are export variants of sensors already in use by the Indian military. An example would include a compact version of DRDO’s hull-mounted sonar (HUMSA) suitable for mounting on small frigates, corvettes and offshore patrol vessels (OPVs). Incidentally it has been reported that this is a variant of the HUMSA being exported to Myanmar’s Navy, which is recapitalizing its fleet with new OPVs and modest sized frigates. The sonars are also part of a larger pipeline of naval sensors being supplied to Myanmar, which has in the past included BEL-built RAWL-02 Mk III L-band 2D search radars and commercial grade navigation radars that are being sported by Myanmar’s new line of Aung Zeya Class frigates armed with a mix of Russian and Chinese weaponry. The primary strike armament of the Aung Zeya class is, however, the Russian Kh-35 Uran anti-ship missile.

The significance of the Indian sales emerges from the fact that Myanmar is now engaged in a competitive naval buildup with Bangladesh, particularly since the maritime standoff between their navies in 2008, which did not portray Myanmarese naval capabilities in a particularly good light. It brought home to the Myanmarese side the need to augment their surface fleet with larger ships equivalent to those the Bangladeshi navy fields. The 2008 standoff was ultimately defused through an intervention by China, which is still the chief supplier of naval equipment to both navies. But since then Myanmar has been keen to diversify foreign support for its naval buildup even as Bangladesh’s navy is actually increasing its dependence on China. Myanmar’s navy may be particularly concerned about Bangladeshi aims to source submarines from China as the former is known to be rather weak in anti-submarine warfare and sonar sales by India also assume significance in this light.

During his July visit to India, Myanmar Navy’s Commander-in-Chief Vice Admiral Thura Thet Swe made a direct request for Indian assistance in OPV’s, supply of naval sensors and other military equipment to build force levels that had been severely depleted by Cyclone Nargis. It is clear that Yangon wishes to have a naval fleet and sensor equipment somewhat different from the growing Chinese-origin Bangladeshi fleet. Importantly, Swe’s visit was preceded by the first ever India-Myanmar bilateral naval exercise in the Bay of Bengal. The exercise included, among other things, patrols near Myanmar’s Coco Islands, which for a long time was suspected by the Indian side to harbour a Chinese SIGINT facility.

At the other geographic end of ASEAN, the Philippines is another nation drawing closer to India in the military domain. In a visit that signaled an uptick in bilateral engagement, India’s foreign minister Salman Khurshid is reported to have discussed the possibility of supplying two frigates to the Philippines Navy with his counterpart during his late October visit to Manila. This issue will be discussed further during the second meeting of the Philippines-India Joint Defence Cooperation Committee (JDCC) in New Delhi, likely to take place in the near future.

Philippines’ need for naval modernization is perhaps more acute than that of Myanmar since the China factor creates a direct need for augmenting naval surface warfare capabilities in order to protect disputed island territories. Port calls and transit exercises by the Indian Navy over the years have given the Philippine Navy a good opportunity to take a look at Indian-built warships and this has contributed to the evinced interest. ‘The Diplomat’