The Real Significance of Mahendraparvata 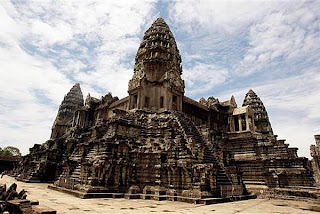 Mahendraparvata (Khmer: មហេន្ទ្របវ៌ត) is an ancient city of the Khmer Empire era in Cambodia. The existence of the city has been known for decades, however, much of it lay concealed by forest and earth until mapped and uncovered by an archaeological expedition with the aid of airborne laser scanning technology.

And no, it wasn’t that it was “found,” explains the architect of the now-famous archaeological collaboration.

In June of this year, along with sixteen of my colleagues, I published an academic paper on the use of airborne laser scanning (“lidar”) for archaeology that made front-page news across the world. In it, we described how we had used lidar technology to uncover and map elements of the medieval urban landscape around the famous temples of Angkor, in Cambodia, that had previously been obscured by vegetation. The release of that paper was the culmination of many years of meticulous planning and painstaking research, but there was one thing for which we found ourselves completely unprepared: the storm of attention devoted to something that was almost a footnote in that paper, the discovery of the so-called “lost city” of Mahendraparvata on a mountain plateau at the northern periphery of Angkor. 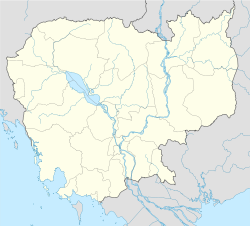 For what it’s worth, I’d also like to think that the findings we describe in that publication are significant – but for a totally different set of reasons than you’ll hear about in the media coverage.

To begin with, we shouldn’t imagine that archaeologists have such an abundance of research funds that we would gamble a quarter of a million dollars laser-scanning a random stretch of forest in the hope that we might accidentally find a city lying on the forest floor. In a handful of areas we were, I admit, taken completely by surprise as medieval cityscapes unfolded on the screen in front of us. In most areas though (including Mahendraparvata, as we clearly explained in the paper), a century or more of prior scholarship had lent considerable weight to the theory that urban areas extended between and beyond the well-known temples. But to know those cities by way of actually seeing them for the first time is an entirely different thing, at least for archaeologists, and that is why the University of Sydney brought together and led a consortium of institutions to undertake the lidar program.

Perhaps more important than that is the fact that Cambodians and their ancestors have been living in this part of Southeast Asia, apparently without interruption, for thousands of years. The temple-cities of greater Angkor are immensely important national icons, and the sense of shared history that they underpin lies at the very heart of Cambodian nationhood. They have never been “lost” or “abandoned” by Khmer people, who in fact have shown a remarkable resilience in the face of historical forces that have sometimes seemed bent on their destruction.

Nonetheless, story after story continued to channel the colonial fantasy of an exotic civilization lost and found, drawing all of us alarmingly deeper into the perilous terrain where archaeology, politics, identity and memory all collide. Eventually, amidst the feeding frenzy, the news media turned inward and began to devour itself: “Lost city not lost after all,” went the headlines. In spite of this, months later, the sensational narrative simply refuses to die, and it remains a source of considerable frustration and unease for myself and for several of my colleagues. So, now that the hype surrounding our discoveries has subsided a little, perhaps it is an appropriate time to try once again to lay out a sober and thoughtful case for the broader significance of our research.
Those who track developments in archaeology would know that lidar is increasingly vaunted as a completely transformative technology in the study of ancient landscapes. In the last couple of years, things have reached the point where scholars studying the Maya have even invoked the spirit of Thomas Kuhn, arguing that lidar is catalyzing a bona fide “scientific revolution” in archaeology that is comparable to the advent of carbon dating.

Personally, I think this might be overstating the case. The technology is really only a game-changer in places like Cambodia and the Maya world, where the land is blanketed with vegetation and where the remains of extensive urban networks lie directly on, or not far beneath, the ground surface. Furthermore, it seems to me that our use of lidar is more accurately described as a logical extension of theories and methods that have been routinely deployed in “aerial archaeology” across many parts of the world – if not necessarily in the homeland of the Maya – for nearly a century.

Still, for many years, archaeologists like myself who specialize in using aerial and space-based sensors to uncover and map archaeological landscapes have always been eagerly looking forward to the “next big thing” on the horizon: airborne hyperspectral imagery, synthetic aperture radar, very high resolution satellite imagery of the kind that’s now commonplace in Google Earth, and so on. Now, for the first time in my 16-year career, there is no “next big thing” – lidar is it. We have arrived. The only obvious way forward from here is to make lidar instruments cheaper, smaller, better and ubiquitous; everything else, for the time being lies firmly in the realm of science fiction.

The fact is that the transformative power of lidar lies quite simply in its unparalleled ability to “see through” the vegetation that has previously obscured the traces of early civilizations that remain etched into the surface of the landscape. In many places, what we had before was a collection of temples that were just dots on a map, because the wooden cities that once surrounded them decayed centuries ago. Now what we have are entire urban landscapes mapped in elaborate detail. Imagine having a map of a European city consisting only of the locations of churches, compared to having a complete street map of the same city, and you get an idea of what an extraordinary leap forward this is for those of us interested in the history of lived-in spaces.
It is true that we might have achieved the same results using traditional ground survey campaigns, which have been underway at Angkor since the nineteenth century. Now, however, decades of machete-work are rendered unnecessary by a few hours of flight time. What remains is to verify and excavate the newly mapped features, as my colleagues at the Archaeology and Development Foundation are currently doing at Mahendraparvata, for example, even as we plan a second and more extensive lidar acquisition.

To my mind, therefore, the most spectacular outcome here is not the discovery of “lost cities.” Rather, it is the powerful illustration of how new technologies are helping us to understand how even the smallest and simplest human interventions in the natural environment – clearing a patch of land and building a field wall around it, or piling up a bit of dirt to build a house on – can, in aggregate, have profound impacts on regional ecosystems and create a material legacy that can influence the destiny of a people for hundreds of years into the future.

As my colleague and mentor Roland Fletcher has long argued, material culture is a uniquely interesting and consequential component of human behavior because of its durability, and therefore its ability to outlast both the intentions of the people who created it and the meanings they originally ascribed to it. Thus, if you look at the archaeological record over a broad enough scale of time, you can argue that material culture effectively takes on a life of its own, becoming a “social actor” in its own right.

To the people of Angkor, for example, the gigantic reservoirs they built over several centuries represented cosmic oceans, and were arrayed around the temples as a quite literal rendering of heaven on earth. Many of us have argued that this vast exercise in medieval terraforming eventually played a role in undoing the civilization of Angkor. Today, the local authorities that have inherited this two-thousand year legacy of hydraulic engineering are currently engaged in an epic struggle to prevent potentially disastrous flooding around the temples, even as the explosive growth of nearby Siem Reap city creates new challenges to the integrity and sustainability of the site.

Moving beyond well-worn platitudes about “history repeating,” it is still possible to argue, as both Jared Diamond and Roland Fletcher have done, that understanding the growth and decline of past mega-cities like Angkor is therefore of some consequence to understanding both contemporary urbanism and also urban futures. With its densely developed “downtown” area, its extensive urban sprawl, and its massive and highly durable infrastructure, Angkor’s built environment seems to have imposed a kind of inertia that constrained the viable responses to rapidly changing social and environmental circumstances.

And therein lies the true significance of our work. In places like Cambodia, the surface of the landscape contains an entire history of how humans have interacted with their environment, with each successive civilization inscribing its own distinctive chapter and shaping the future direction of the narrative. For the very first time, lidar allows us to literally shine a light into the forgotten pages of that history, and to appreciate the stories of places like Angkor in all of their awe-inspiring grandeur and complexity.

Dr. Damian Evans is a Postdoctoral Fellow at the University of Sydney and Direct of the Robert Christie Research Centre, Siem Reap, Cambodia.