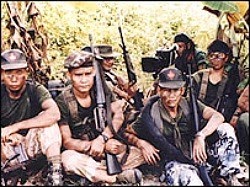 International diplomatic communities and internationally recognized Burmese who are aiding the government’s peace negotiation team with its ethnic minorities have been painting a rosy picture of ceasefire negotiations for international investors. They are too rosy.

Thant Myint-U, advisor of Myanmar Peace Center, the secretariat for the government’s peace negotiation, wrote in the Financial Times that, “Three weeks ago, at an unprecedented summit, the Myanmar government, including the army, and leaders of all ethnic armed organizations reached a historic understanding on the process ahead”.

Lt-Gen. Soe Htut, Chief of the Bureau of Special Operation 2 (Shan and Kayah State) at recent talks between the government’s peace negotiation team and the Karenni National Progressive Party (KNPP), the political wing of the Karenni army, said, “I can now travel to the border area that I’ve never been before, like going on a vacation. This indicates the development of trust building after the ceasefire was signed with the KNPP”.

From the perspective of the ethnic armed groups, however, this is mostly public relations to make the Burmese government and the peace process look good to international investors.

Thant Myint-U, for example, failed to mention that ethnic armed groups could not accept the army’s ceasefire framework proposed at the Myintkyina summit in early November. The demands in the army’s framework include surrender of ethnic armies, adherence to “existing laws” that can be used against ethnic armies and their members anytime, and restrictions on armed groups but give the army more authority, and therefore an upper hand, in the name of national security. 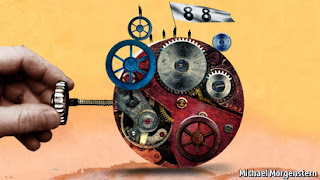 The Karenni National Progressive and New Mon State Parties have already spoken out against the framework. Many other ethnic armies will not accept it either.

Likewise, when the media reports that agreements have been reached at a meeting between an ethnic army and the government, the highlight is usually about what has been agreed upon. What the public must remember is that there are heated discussions on most crucial topics that could not be agreed upon.

In ceasefire negotiation meetings, the government negotiation team has been really hard especially on military-related topics. On Oct. 22 and 23, the Karenni National Progressive Party (KNPP) met with the government’s Union Peace Working Committee (UPWC) headed by chief negotiator Minister U Aung Min in Loikaw for the third time.

Both sides acknowledge that there has been no fighting in Kayah (Karenni) State since the ceasefire agreement was signed in March 2012 except for a minor clash on June 28, 2012 that resulted in five Burma soldiers wounded. This is why Lt. Gen Soe Htut said he could travel in the border areas as if on vacation.

The military issue came last. Although the KNPP and the UPWC have held four rounds of talks, no agreement has been reached for the designation of troop encampments and/or troop movement. 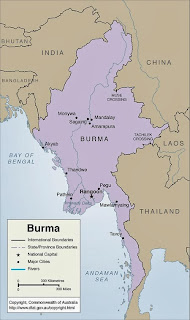 The KNPP demanded that the Burmese government pull back military outposts from Karenni state as well as the withdrawal of 10 battalions under the 55th Light Infantry Division that are operating in the Shan and Karenni States. In Karenni State, which has a population of only 300,000, there are14 permanent Burmese Army battalions and another 10 battalions under the 55th Military Operation Command stationed along the border with Thailand.

"Since the second round of talks with KNPP, the 55th Division has been reduced to five battalions," said Lt-Gen Soe Htut. "Their commanders were sent back to backline and the five battalions are deployed only for the purposes of border security. The issue of troop withdrawal will be done after the KNPP reaches a lasting peace with the government."

Both sides agreed verbally that government troops must use only main roads. The Karenni army must station only in areas they formerly held and the troops must enter cities without arms. However, this cannot guarantee that future confrontation can be avoided.

Another unresolved issue is the No. 14 Advanced Military Training School in Karenni State. In early 2011, the government army confiscated more than 3,000 acres of land in Hpruso township for a military training school. Despite persistent opposition from the KNPP and the local population, the project continued. It has now been turned into a new military training school in which training has been taking place steadily.

According to Lt-Gen Soe Htut, it is the army’s policy to have one military training school in every division and regional states such as Karenni state. Despite demands to convert this military training school into something that benefits local people, the Burmese army claims it will not terminate the project as a large amount of money has been spent on it. The Burmese army returned only 199.86 acres of more than 3,000 acres of land confiscated.

In practice, the Burmese Army is either expanding its military presence in ethnic areas after signing ceasefire agreements or refusing to withdraw its troops, or both. As long as the armed forces engage in militarization in the ethnic areas, the government will never win trust. Without mutual trust, the peace process is moving nowhere. The last ceasefire agreement lasted only three months before the government violated it.