The question of China’s containment 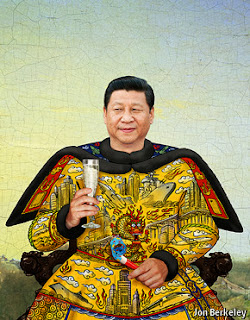 China is the only country in the world that could potentially surpass the United States in total economic size, and whose currency, the renminbi, may one day dethrone the US dollar as the dominant international medium of exchange.


So why doesn’t the United States want to contain China’s rise?

My American friends have different answers to the question. One says that most Americans simply don’t care about comparing the total GDP or GDP per capita of different countries; they care about human rights and democracy. This means the growth of the Chinese economy is not a threat to US interests in the minds of most Americans. Another explains how America’s interests can be better served by a growing Chinese economy than by a shrinking one. A third went into the history of US containment, pointing out the fundamental difference between China and the former Soviet Union: the latter threatened the existence of the American way of life, while China does not. Therefore, concerted containment of China is not possible in the context of the American political system and how China relates to it.

The truth is that America has not been containing China. If it had, it would not have agreed to China’s entry into the WTO; it would not have permitted massive US trade with, and investments into, China; it would not permit hundreds of thousands of Chinese students to study in America’s best universities; and it would not have proposed the recent Annenberg meeting between President Obama and President Xi and agreed that a similar meeting should be held in China.

But in the eyes of most Chinese citizens, the United States is trying to contain China. It regularly holds military exercises with South Korea; it recently strengthened its military alliance with Japan, and openly committed to the defence of islands whose sovereignty is disputed by China and Japan; and it has expanded military relations with Vietnam and the Philippines. It is plain to them that America is forming a military containment line around the east and southeast of China. This adds to China’s difficulty in resolving disputes with neighbouring countries. 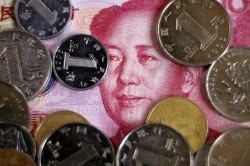 Is there then an inconsistency in the US policy towards China — economic cooperation but military containment — because the former eventually defeats the latter? Or does its dichotomous policy strategy merely reflect a disconnection between the US public and its military and foreign-policy establishment?

A sophisticated analysis would show that the United States is in fact pursuing a hedging strategy towards China. If China turns out to be a prosperous country that cooperates to strengthen the existing international order, then these military alliances around China will not be put to use and all parties will be satisfied. But if China becomes a country like Japan or Germany before World War II, then these military alliances can function to help defeat China.

This raises the all-important question of what kind of country China will become. It should be clear, I believe, that China will, as its power grows, participate actively in the existing international order to better reflect and protect its own interests. But it will certainly not try to dismantle the existing order, since it is basically a good order and China, like other countries, benefits hugely from it. China will claim its legitimate territorial interests in a forceful way. That is because for a country that has lost so much territory in its modern history, territorial issues have become an emotional national touchstone, even though their economic value tends to be insignificant. If the United States somehow stands in China’s way in resolving these issues, then it will be very dangerous for both countries.

What, then, are the values of an American hedging strategy?

Imagine at some point in the future there is a conflict of some military kind over disputed territories between China and a neighbouring country with which the United States has military relations. Will the United States come to the aid of its partner? Hopefully it will not, because there will not be enough US interest involved.

But wouldn’t these military alliances with countries around China help the United States in its negotiations with China in trade and other areas? Don’t they put at least a certain psychological pressure on China? While these circumstances may be somewhat vexing for China, it should relax and simply view them as an indulgence of elements in the American military and foreign-policy establishment, whose purposes are at best fuzzy.

Dr Xinghai Fang is adjunct professor of strategy at the China Europe International Business School (CEIBS), Shanghai. The views expressed in this article are his own.
This article appeared in the most recent issue of the East Asia Forum Quarterly, ‘Leading China where?’