Hong Kong Continues its Onslaught on the Philippines 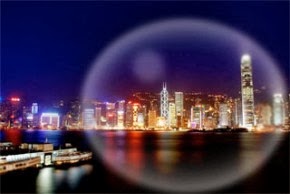 Is CY Leung playing Beijing’s lap dog with these attacks?


It is bizarre for a man who is in effect the appointed mayor of a city of 7 million people to threaten sanctions against a sovereign nation of 95 million. But that is the outcome of barely disguised racism in Hong Kong, linked with China’s desire to punish the Philippines for standing up to Beijing’s claims to almost the whole South China Sea.

Hong Kong’s chief executive Leung Chun-ying said on Nov. 5 that unless Hong Kong’s demands for apology and compensation for the deaths of six Hong Kong tourists in a botched bus hijack rescue in Manila three years ago, were satisfied within one month, unspecified sanctions would be imposed.

The very notion that a non-sovereign entity can impose sanctions on an independent state is at best curious. It is doubly remarkable since the former British colony now under Beijing’s aegis claims itself to be “Asia’s World City” and a shining example of trade and other freedoms.

Quite what the sanctions would be is unclear but could include ending visa-free access for Philippine citizens – which would do far more economic damage to Hong Kong than the Philippines. Another is to make it more difficult for the Philippine workers to come to Hong Kong.
That would have limited impact too as they have other work options and anyway they have been overtaken by Indonesia in supply of domestic helpers. The Philippines could even put Hong Kong off limits to OFWs, which would upset many employers in Hong Kong.

Trade sanctions must be off the list as Hong Kong would make a idiot of itself before the World Trade Organization and APEC, the two major organizations on which it has separate international status.

Hong Kong has already for the past three years tried to punish the Philippines by putting it on a blacklist for travel on the same level as Syria. This appears to have some impact at least on group tours from Hong Kong but has had scant impact on the Philippines which has been enjoying a boom in visitors from other Asian countries, notably Korea but also including China. Foreigners in Hong Kong take no notice of the blacklist.

Hong Kong media and politicians have been making almost daily demands of the Philippines as though presidents routinely apologize on behalf of the whole country as a result of the misdeeds of a few. The Hong Kong threats are particularly ironic coming just a few days after a Philippine tourist was killed in the recent incident in Tiananmen Square for which Uighur nationalist citizens of China are being blamed. In 2008 Philippine tourists were murdered in Tiananmen Square. No presidential apology or compensation was offered by the central government.

The Leung government is clearly using the Manila bus case as a diversion from issues at home where his popularity is at a low ebb, most recently by denying a television channel license to a new group on the grounds that competition would be bad for the existing players – owned by property tycoons and investors with close connections to members of the Executive Council and to Beijing-friendly interests.

It is also responding to blatantly racist comments and demands from politicians who deem Hong Kong lives more important than Philippine ones, and demand compensation payments which make Hong Kong mainly interested in money. Underlying all this is the assumption that because the Philippines is poor and provides domestic servants they nation as a whole can be treated in the way many employers treat their helpers.

Hong Kong boasts laws to protect the domestic workers but in practice declines to enforce them, resulting in helpers being paid less than the statutory wage, denied the time off to which they are entitled, see their passports confiscated and with limited time to find new jobs if they leave an abusive employer.

All southeast and South Asian minorities in Hong Kong, some there for generations, suffer constant discrimination. Although there is an Equal Opportunities Commission which is supposed to address these and gender and age discrimination issues, some of it stemming from government policies, not just popular sentiment. Domestic helpers on contracts get no help from it.

Leung used the recent APEC forum to make demands of Aquino. This was itself beyond his remit and under other circumstances would have incurred Beijing’s wrath for addressing an issue to a head of state rather than leaving this to the central government.

Hong Kong has no independence in international affairs other than trade and financial issues. But in this case, Beijing saw advantage in letting Leung act as though he were a head of state. It would bolster Leung’s battered image in Hong Kong and provide a stick to beat Manila. Leung never does anything without getting a green light from Beijing so it is clear that the sanctions threat had its backing.

In other ways Beijing is suspicious of Hong Kong’s pretensions, the popular attitudes which look down on mainlanders and resent their increasing prominence in the territory. It rightly senses that Hong Kong has an inflated sense of its importance and a very parochial world view. But on this occasion it is happy to buy into Hong Kong’s assumptions of Chinese ethnic superiority in general and of Hong Kongers value in particular.

In the end this may never get to sanctions. Enough money will be squeezed out of the Philippines and enough apologies extracted from Filipinos who had no part in the tragedy for Hong Kong to claim victory– including the current Manila Mayor Joseph Estrada, whose buffoonery apparently is aimed at attempting to show up Alfredo Lim, the previous major, under whose watch the tragedy occurred, and President Aquino, who so far has refused payment. But the episode will leave a very sour taste in the mouths not just of Filipinos and other Asians but of foreigners of all sorts in Hong Kong who view local behavior with a mixture of amazement and contempt. ‘Asia Sentinel’
Bottom of Form