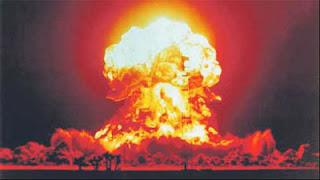 "We will build a nuclear reactor for generating power," Research and Technology Minister Gusti Muhammad Hatta announced here on Friday.

The location of the nuclear power plant, which will have a capacity of approximately 30 MW, has not yet been decided.

"We have one small reactor in Serpong, but it is primarily used for research. It is time to build a reactor that actually generates electricity," the minister noted.

The development of a nuclear power plant will prove to the world that Indonesia has nuclear capabilities, he added.

"We have been managing nuclear reactors for 30 years quite capably. We also have several nuclear experts with international certification," the minister pointed out.

The expectation is that the new nuclear power plant will be located in Bangka Belitung, which is rich in uranium deposits.

"The government is committed to continuously disseminating information about nuclear reactors and their development to the community," Gusti added.

According to a survey conducted by an independent organization for the National Nuclear Energy Agency, BATAN, 76.5 percent of Indonesians approve of nuclear development for scientific and technological purposes, such as energy development, health, animal husbandry and food security.

Another survey in 2013 showed that as much as 60.4 percent of the public approved the construction of a nuclear power plant.